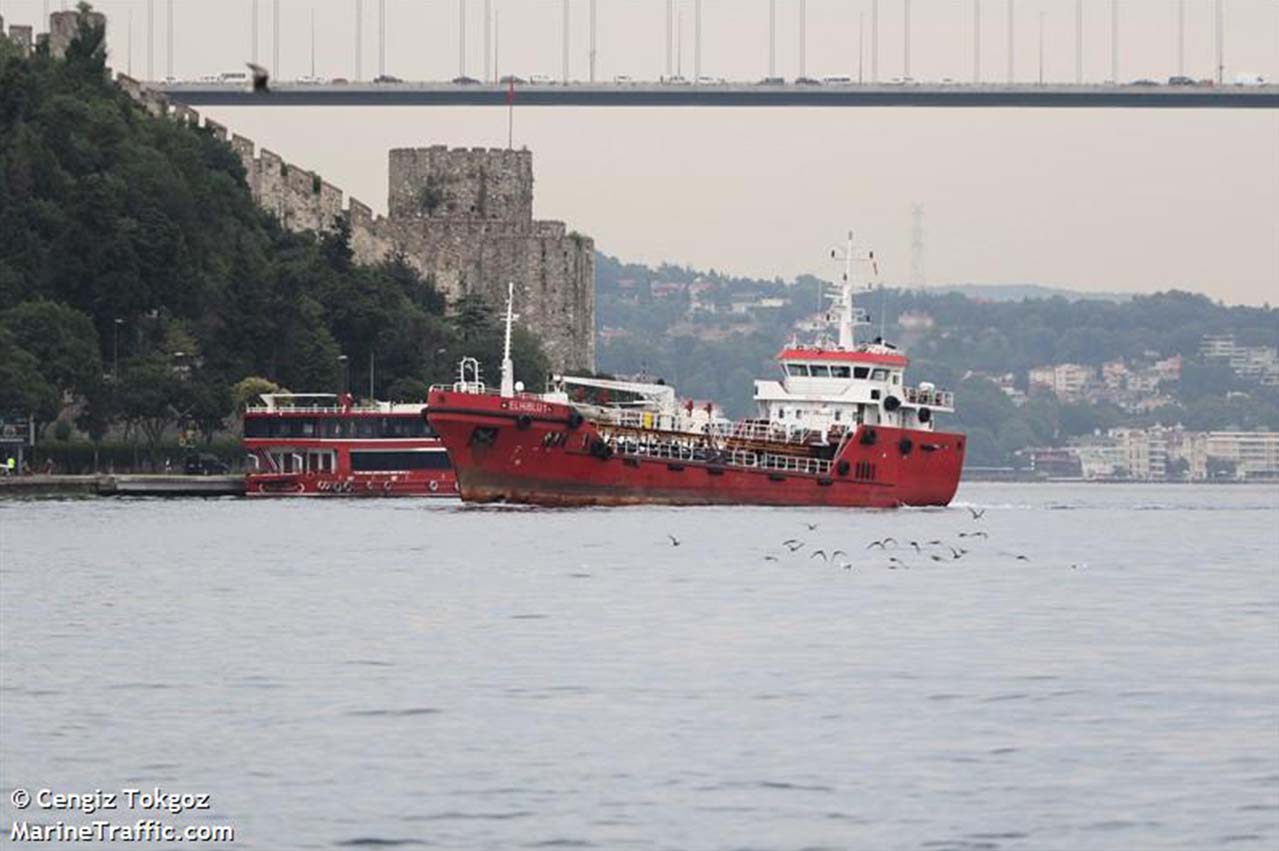 Dror Salzman, a Customer Success Manager and Senior Analyst at Maritime risk agency Windward, on Thursday (28 March) wrote an analysis prompting questions about the events leading up to a recent hijacking of bunkering tanker Elhiblu 1:

It’s a Mediterranean migrant rescue that went off-script. According to reports, the Palau-flagged tanker “Elhiblu 1” picked up the migrants off the coast of Libya. It was heading towards Tripoli when the rescued migrants apparently hijacked the vessel, turned it around and headed for Malta.

But that’s not quite the full story. A Windward analysis of the operational history of the “Elhiblu 1”, a small bunkering tanker, suggests there are questions to be asked about the circumstances leading up to the reported hijacking.

Since January 2017, this vessel had been operating exclusively in Turkish waters, making port calls in a number of the country’s ports. Then, on March 22 – just four days before the reported hijacking – it started sailing outside of Turkish waters. It crossed the Dardanelle Straits and sailed towards Libya for the first time – a major deviation from its own pattern-of-life.

Since 2015, the registered owner and commercial manager of the “Elhiblu 1” were both Turkish, reinforcing the tanker’s affiliation to that country. Then – just two days before the reported hijacking – everything changed: a single-ship company registered in Palau was now the owner and manager. There was no additional information available for this company.

What we do know is that two weeks ago – on March 11 – the tanker also switched to the Palau flag (from Turkey). This followed two months during which it was barely active. Palau is considered a high-risk flag by the Paris MoU, due to its poor safety record.

Prior to the current journey, the tanker spent 12 days in the Tuzla Shipyards, on the Asian side of the Bosphorus. It may be that this was simply part of the tanker’s preparations for the upcoming voyage and as part of the process of changing ownership. That said, it’s worth noting that this type of activity has, in the past, been linked to several high-profile cases of smuggling. For example, the Thoran, caught with four tons of cocaine on board in September 2017, spent more than five months in Tuzla, prior to its detention.

Another question leading up to the reported hijacking of the “Elhiblu 1” revolves around its original final destination: Tripoli. The Libyan capital doesn’t usually get visited by tankers this small (“Elhiblu 1” is just 52m long). Indeed, during the past 12 months, 17 tankers made a port call at Tripoli; not a single one was under 96m. Most were 100m-170m in length.

All of the above behaviours are similar to the modus operandi of the notorious “Blue Sky M”. On New Year’s Eve 2014, the Blue Sky M, laden with hundreds of migrants, was abandoned by its crew and set on autopilot towards Italian shores.

The Blue Sky M also had a strong past affiliation with Turkey, and made a major deviation from its pattern-of-life prior to embarking on the journey that turned out to be part of an elaborate human-trafficking scheme.

Now the “Elhiblu 1” has been boarded by the Maltese authorities there will surely be an investigation into what happened. The only thing we can be sure of right now is that there are questions that need to be asked.

Dr Sunil Kumar of VPS Fujairah writes about the formation and testing of sludge in marine fuels.

Lead times for VLSFO stems have tightened by one day this week in Singapore, now requiring 7-10 days, while LSMGO are more readily available at 4-6 days, it said.

71 off-spec cases over various issues identified between 1 to 14 March; most cases at Singapore, Rotterdam and Santos.