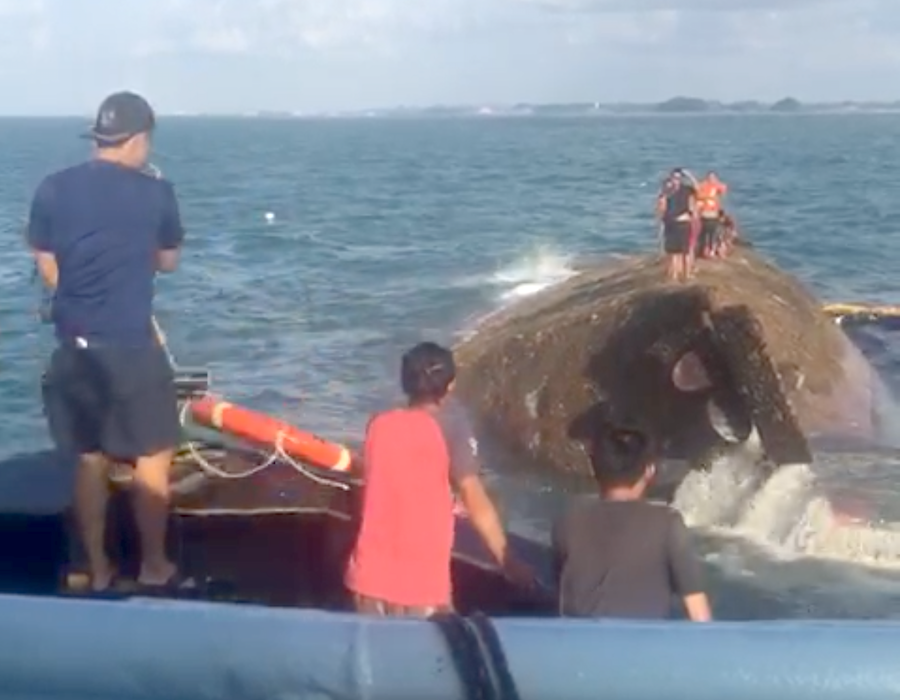 According to MRSC, the head office in Johor Bahru was first made aware of the incident from the Head of Tanjung Pengelih Maritime Zone who received a request from a shipping and forwarding company to carry out salvaging works on the vessel.

Rescue vessel Petir 11 of Tanjung Sedili Maritime Zone was on patrol at about 2.20 pm when it discovered an overturned vessel about 2.7 nautical miles off Tanjung Penyusop.

The patrol team’s initial observations noted an oil spill around the vessel but reported no signs of any man overboard.

The team then attempted to garner information on the incident from other vessels anchored in the area.

They gathered that the vessel had sunk on Wednesday morning but no other details could be divulged.

All crew on board were rescued and brought to Batam, said the report.

MRSC notes no distress signal was received by any maritime agencies in the area, but they have since been alerted to monitor the situation for further investigations.

‘We look forward to presenting our case and having the matter fully investigated at the upcoming trial,’ company spokesman tells Manifold Times.