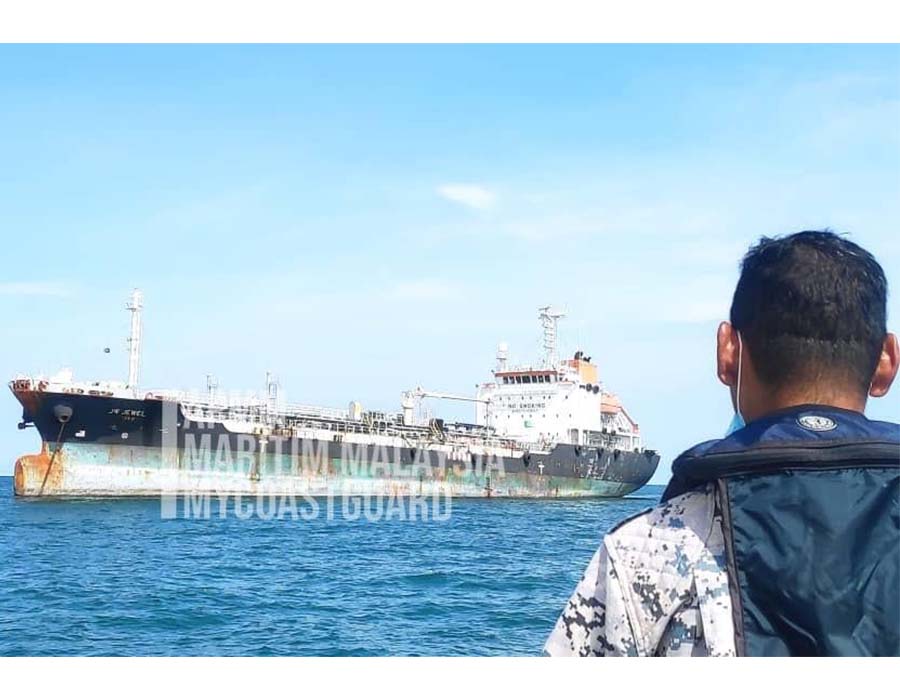 The Negeri Melaka and Negeri Sembilan branches of Malaysia Maritime Enforcement Agency (MMEA) on Saturday (22 May) successfully intercepted a Vietnam-registered oil tanker which left its detention position, it said.

The vessel was caught leaving its position around 9.50 pm on 21 May, and the Maritime Surveillance System of Malaysia (SWASLA) later managed to re-detect the ship’s position 5 minutes after it was reported missing.

The JW Jewel was believed to be heading north in Tanjung Tuan, Negeri Sembilan.

Following that, a patrol boat of Melaka Maritime and Negeri Sembilan was mobilised to the location to intercept the ship; it successfully arrested JW Jewel around 2.30 am on 22 May at approximately 15 nautical miles from Port Dickson beach.

The Master and Chief Engineer of JW Jewel were arrested and brought to the Maritime Headquarters of Melaka & Negeri Sembilan for further investigation.

“[The] case [is being] investigated under the 1952 Trader’s Shipping Ordinance for sailing offences without authorities’ permission from the detention position during detention notice was issued to him [sic],” said Kepten Maritime Haris Fadzillah bin Abdullah. 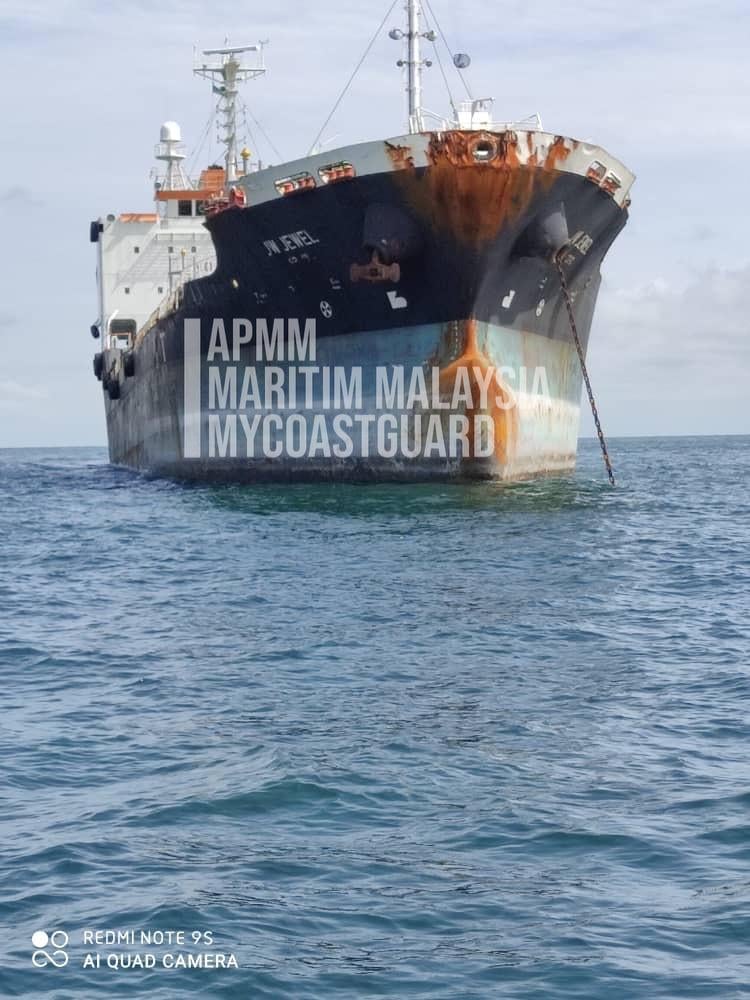 Police Coast Guard and MPA carried out a joint operation at the sea off Northern Tuas on 30 October.

Initial inspection reported the vessel was anchored in Malaysian waters while waiting for further instructions from its Norwegian operator.

Arrested “Marine Oracle” to be released ‘next 48 hours’

Bunker tanker is jointly owned by MPMT, a 50/50 JV firm between Marco Polo Marine and Sinanju.