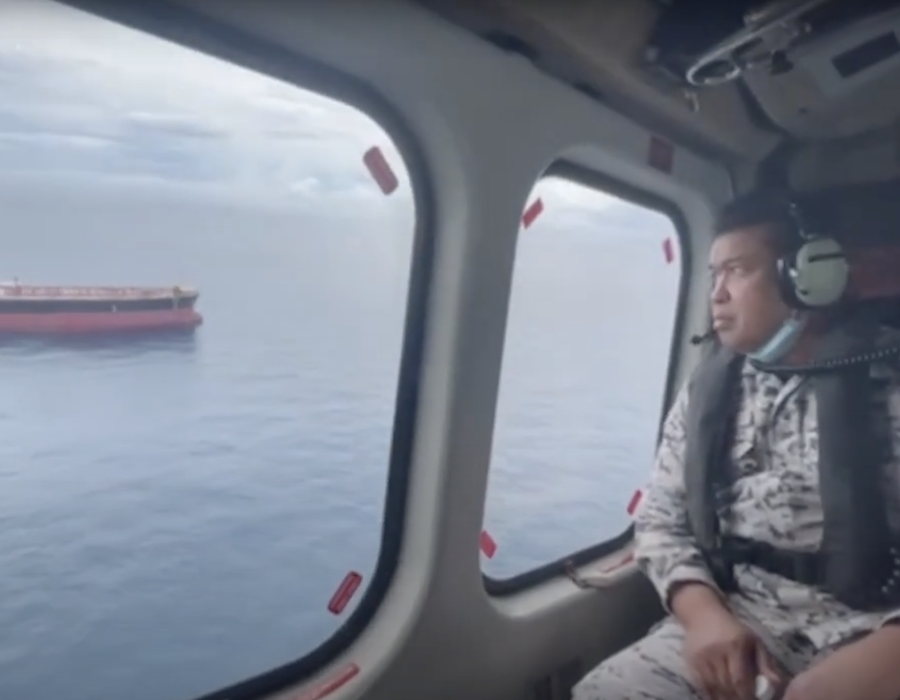 This comes following the MMEA announcement last week that eastern Johor waters has become a “hotspot” for foreign vessels to anchor illegally and conduct unlawful activities.

The Marine Department of Malaysia had also reported it had detected about 100 foreign vessels anchoring illegally in the Tompok Utara anchorage area, about 12 kilometres from Sedili Kecil beach last week.

It is believed these vessels are experiencing a slowdown in business due to economic repercussions from Covid-19 and anchored illegally in the area as a way to minimise costs.

“For the ships to move from one point to another or even get close to the jetty, it will involve costs,” explained Maritime Admiral Datuk Mohd Zubil.

“So, the easier way out is to just lower their anchor at any location. But if they anchored at an unauthorised place, they will disrupt the shipping route which could cause accidents.”

The MMEA said its clamp down will be conducted using helicopters to communicate with any illegal foreign vessels in the area and the vessel will then have four hours to remove itself from Malaysian waters.

If any vessel fails to comply, the Special Task and Rescue Force (PTK) team will be deployed to detain the vessel for further legal action.

Maritime Admiral Datuk Mohd Zubil added that beginning Friday, 26 March, the usual compound for anchoring illegally will no longer be issued and regulations from the special operations will apply, which means the case could be brought directly to court if the vessel is not removed within the stipulated time frame.

“While these vessels anchoring illegally obstruct shipping lanes and could cause accidents, we are more concerned about them dumping oil and waste into Malaysian waters,” said Maritime Admiral Datuk Mohd Zubil.

“We also suspect that they conduct unlawful activities such as drug and human trafficking which is a serious threat.”

MMEA said the operations will last for 10 days with a focus on the three identified hotspots: the Tompok Utara anchorage area, Eastern Bank (Permatang Timur) and the Ramunia Shoal.

A video of the commencement of the operations by Berita Harian is available below:

A series of earlier MMEA detentions have been reported by Manifold Times (below):

Thor Achiever received 492.123 mt of VLSFO product at Singapore port on or about 17 to 18 November 2019; operation of bulker affected after using bunkers.

The MT Pratama 128 was under detention by the Malaysian Maritime Enforcement Agency for investigations when it disappeared.