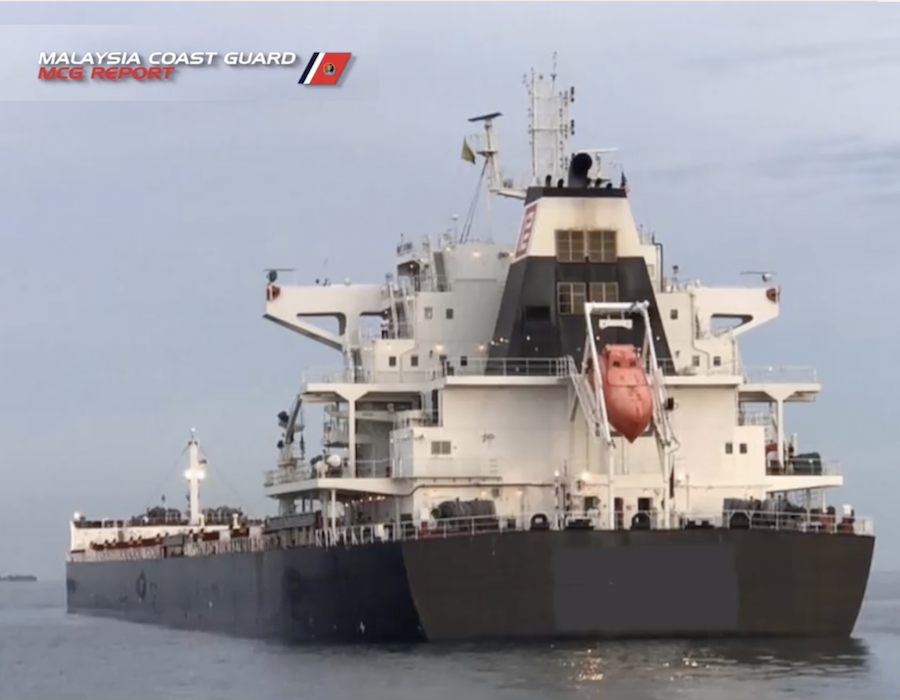 The Johor state division of Malaysia Maritime Enforcement Agency (MMEA) in early May said it has detained a coal bulk carrier for anchoring without proper documentation on 27 April.

The vessel in question was discovered about 3 nautical miles south of Pulau Kukup by the patrol team performing scheduled surveillance rounds.

“Initial investigations showed that the vessel is registered in the Marshall Islands. A 50 year old captain and 15 crew of Chinese nationality were discovered onboard”, said First Admiral (Maritime) Aminuddin Abdul Rashid.

The captain of the vessel failed to produce the necessary documents to verify the vessel’s permission to anchor in the area. All documents and the captain have been detained for further investigations, but the crew have been left onboard the vessel.

Three tankers have already been renamed and remaining fleet will follow suit after scheduled dry dockings.

Covid and the slump in oil prices substantially reduced gross profit margins for the company’s bunkering and electronics businesses, it said in a recent financial filing.