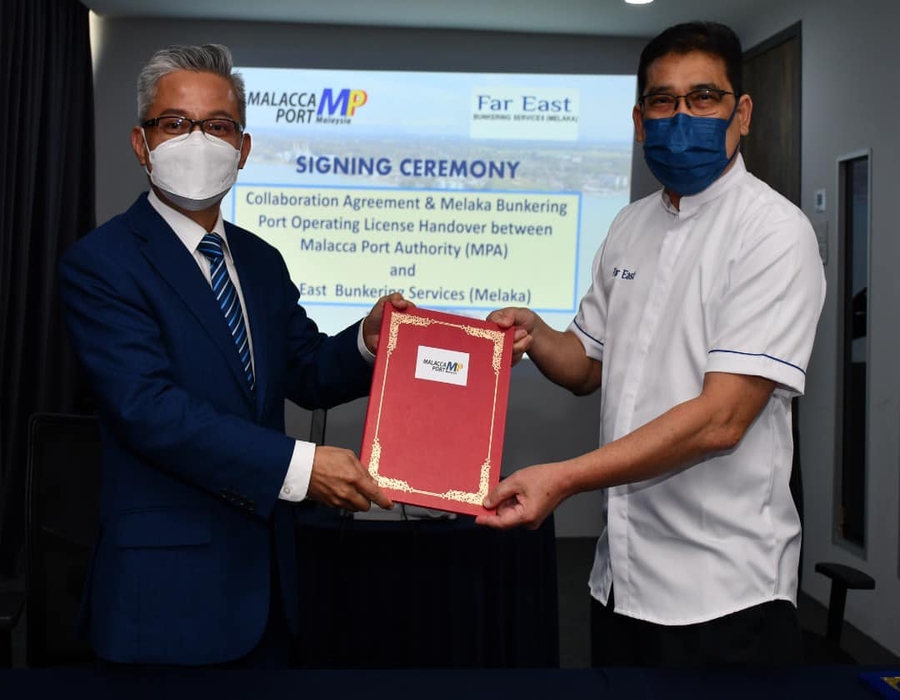 The Malacca Port Authority (MPA) on Thursday (14 April) said a Special Purpose Anchorage Area (SPAA) for bunkering activities will be designated within the limits of the Malacca Port in the Straits of Melaka.

The dedicated bunkering area mainly for transit vessels passing through Straits of Malacca will be the first of its kind in Malaysia.

MPA chairman Datuk Koh Chin Han said the size of the area, adjacent to the main shipping route in Straits of Malacca, is about 15 square kilometres with natural water depths of between 16 metres to 29 metres.

He said that the area would be able to simultaneously accommodate more than 20 very large crude carriers to receive bunker deliveries.

The model of operation and implementation is similar to those in Fujairah, Gibraltar and other major ports located nearby established shipping routes.

“MPA is committed to position Malaysia as a new location for bunkering activities,” he said.

“The effort had opened new opportunities to Malaysia to supply high-quality bunkering to transiting ships passing through the Straits of Melaka safely and efficiently without delaying their sailing schedules.”

FEBS director Datuk Shahrull Allam Shah Abdul Halim said FEBS was committed to investing up to RM 40 million in developing the specific port area including the setting up of a Shipping Traffic Management System (VTMS), mechanisms for protection of the quality and quantity of bunker supplied, prevention of pollution and oil spills, as well as other marine services.

With the development of the area, he said over 100,000 vessels passing through the Straits of Melaka annually would have an option to stop by for offshore bunkering and to conduct other ancillary services such as crew change in a single location.

He said they could also carry out all other additional services including ship crew changes, offshore support and logistics service in one location.

He also expressed confidence the area would grow into one of the preferred bunker ports in the region and help Malaysia to expand the bunker and maritime industry as a whole.

He said as the SPAA was located in a strategic position in the middle of the Straits of Melaka, it has a competitive advantage as a one-stop centre to attract transit ships to meet all their needs.

BIMCO opens the port information section on its website with the aim of assisting the industry, due to the spread of COVID-19.

E-invoicing enables businesses to digitalise transactions, reducing the amount of time and effort in re-keying in the data into its own systems.