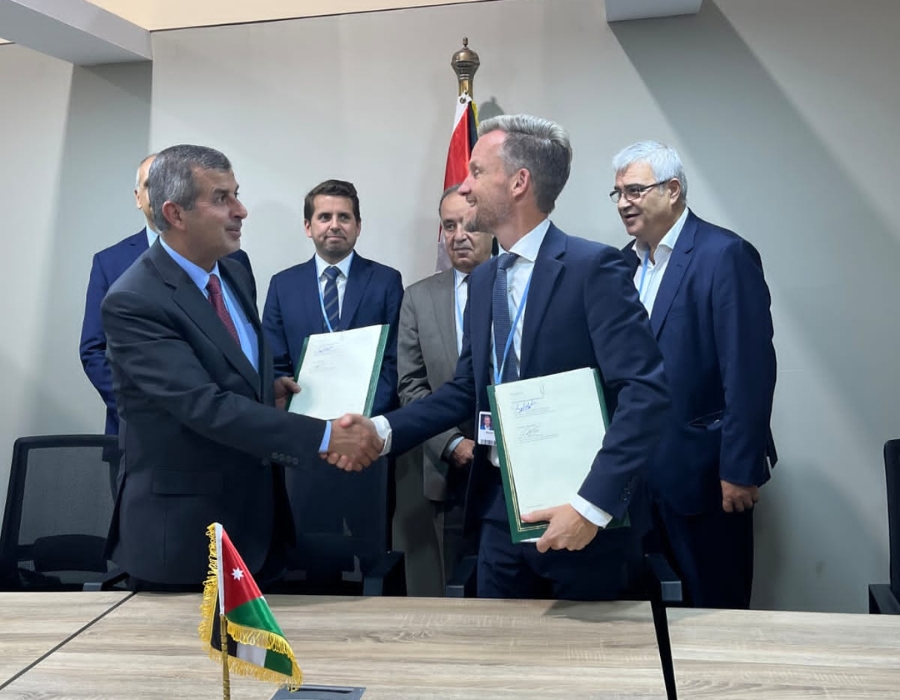 Danish integrated container logistics company A.P. Moller – Maersk (Maersk)and Jordan’s Ministry of Energy and Mineral Resources on Tuesday (15 November) a memorandum of understanding (MoU) for cooperation in the field of green marine fuel production, according the the ministry.

The memorandum was signed by Minister of Energy and Mineral Resources Dr. Saleh Al-Kharabsheh and Senior Vice President, Head of Decarbonisation at A.P. Moller – Maersk, Morten Christiansen on the sidelines of the 2022 United Nations Climate Change Conference (COP27) held in Sharm El-Sheikh, Egypt.

Minister of Energy and Mineral Resources Dr. Saleh Al-Kharabsheh said both parties will cooperate to study opportunities for investing and developing a project to produce green methanol in the Aqaba region.

He said that the memorandum comes as part of the Jordanian government’s efforts to enhance the country’s role as a regional centre for green energy production by leveraging on the abundance of renewable energy sources and Jordan’s central location in the Middle East and Africa.

Christiansen highlighted the importance of Jordan’s location and its selection was due to its abundance of resources.

According to the MoU, Maersk will conduct preliminary technical and economic feasibility studies for green methanol production to contribute to the reduction of emissions in the maritime sector.

Maersk is one of the largest companies operating in the field of containers and shipping in the world, with offices and branches in more than 130 countries. It is working to reduce carbon emissions in the maritime transport sector by switching to the use of green marine fuel.

The contracts to build six (6) firm plus four (4) vessels were signed in March 2020 but are scheduled to come into effect in September 2020 with final board approval.