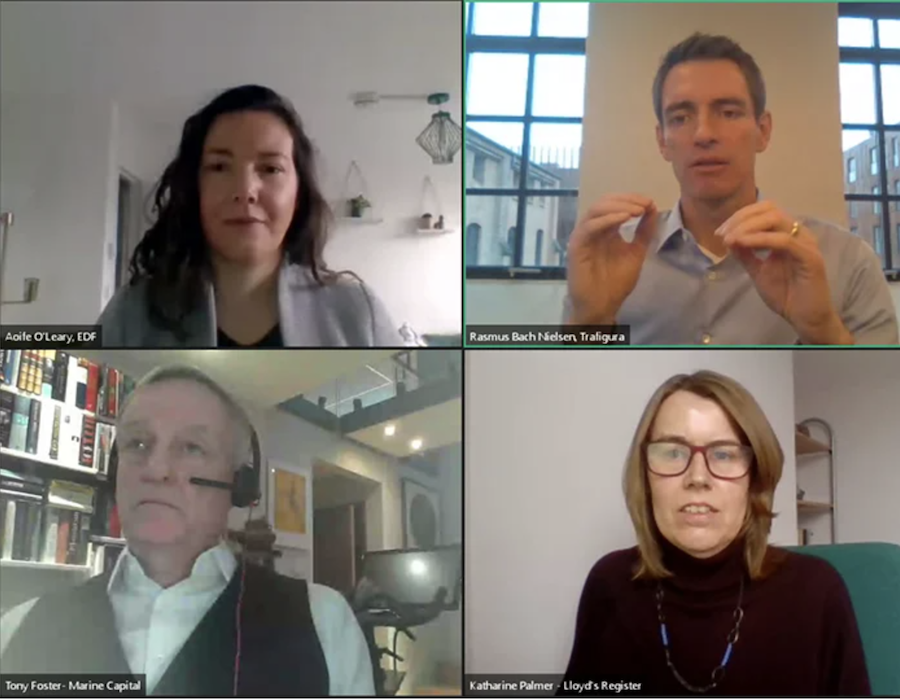 UK-based classification society Lloyd’s Register (LR) on Friday (19 February) said the uncertainty of regulations impacting investment decisions in the shipping industry was one of the key points discussed at its webinar held jointly with the Environmental Defense Fund (EDF).

The webinar was held on Thursday, 18 February and chaired by Katharine Palmer, LR’s Global Head of Sustainability.

Lloyd’s Register noted despite the need for speed, the shipping industry does not have the tools to decarbonise quickly enough to meet its own targets.

The following are the points discussed by the panelists at the webinar:

O’Leary emphasised the importance of national and regional decarbonisation measures which, she said, should start to take effect and enable the IMO to copy and broaden them across global shipping as a whole. She stressed the importance of the entire supply chain in measuring the environmental impact of different fuels and said that IMO regulations should not focus solely on the ship.

The production process is important. New fuels could be developed in brown, blue or green processes, she pointed out, with green clearly the most favoured. Such fuels are produced in processes involving no carbon and using sustainable sources of power.

Nielsen made a robust call for a carbon levy, warning that the IMO risks using past decision-making processes to make decisions for the future. He was referring to an assessment by the UN Agency in 2013 which concluded that a carbon levy was not the way forward. But eight years later, the world has changed, Nielsen declared, particularly after more than a year of pandemic.

He explained that although Trafigura is not an IMO member, its recent submission to the UN agency on the decarbonisation issue had set out how a carbon levy could work. It was not complicated, he said.

The greenhouse gas and polluting emissions of every marine fuel would be assessed. Ships using more polluting fuels would be penalised and their charterers would have to pay a levy into a central fund. This money, held within the industry, would then be used to subsidise the cost of using more expensive low- or zero-carbon fuels.

“We would need a firm regulatory framework, but it’s not that difficult to benchmark these fuels because there aren’t that many [of them],” he declared.

An incentive to do nothing

Foster noted conflicting pressures. On the one hand, the lack of a regulatory framework was potentially an incentive to owners to continue operating “old bangers”, he said, because there is currently no certainty on which to base investment decisions.

“Shipowners don’t know what they’re supposed to be doing and that’s disincentivising change in the short run,” he declared.

Meanwhile, on the other hand, initiatives like the Poseidon Principles were to be welcomed, Foster said, but the related financing criteria should be expected to tighten further, he warned. Indeed, it was not at all clear where the money would come from to fund new acquisitions or existing assets as financing terms became tighter.

Banks and finance houses were coming under increasing pressure from institutional investors and pension funds, he said, but it was by no means whether sources of ‘alternative capital’ would play a bigger role in financing existing and new assets and, if so, whether they would charge more for doing so.

A recording of Lloyd’s Register and EDF webinar is available here.

While the London Headquarters has reopened, the majority of the staff are working remotely; all external visits have been postponed and social visits discouraged.

The company spends $42 million on four LNG membrane fuel tanks from Gabadi for delivery within 18 months.