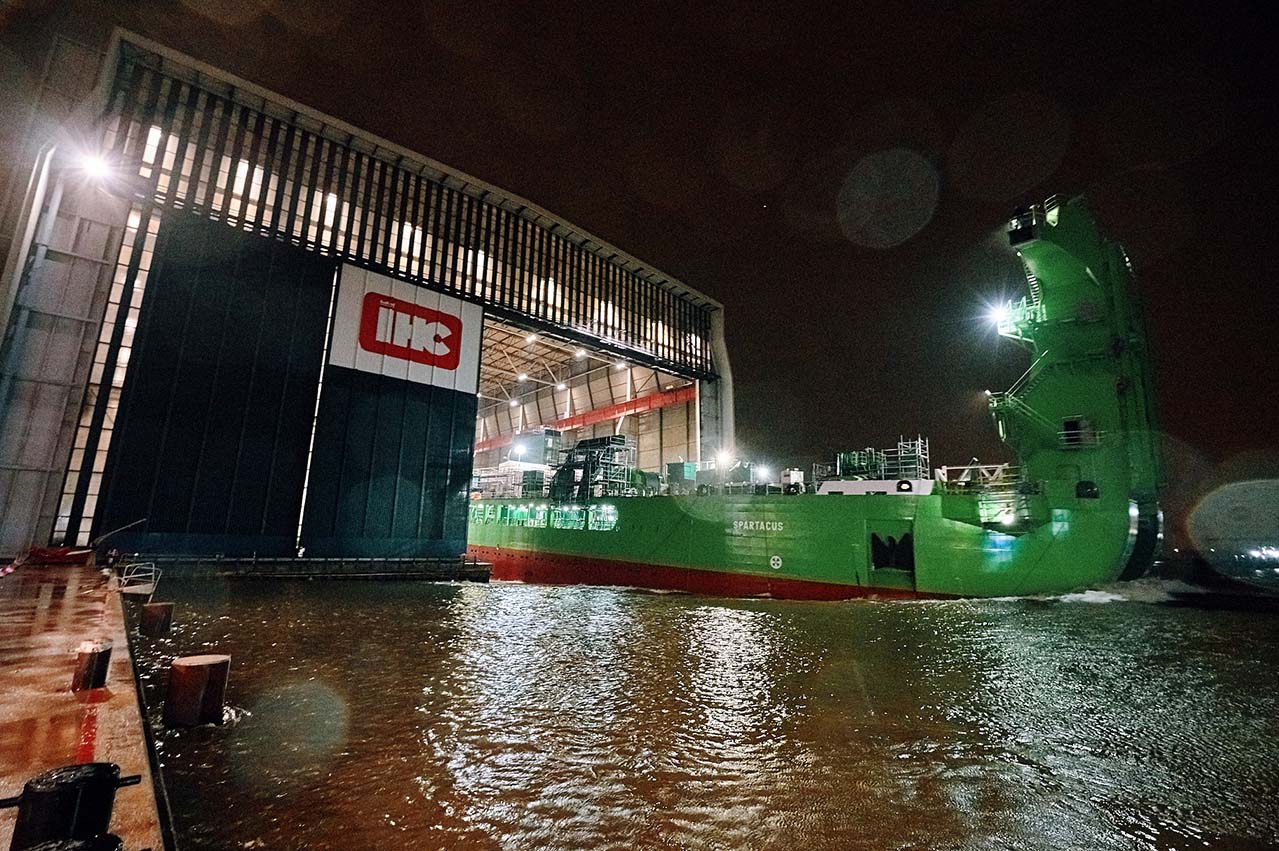 With a total installed capacity of 44,180 kW, Spartacus is simply the most powerful and environmental friendly CSD that has ever been built, claims Belgian dredging, environmental and marine engineering group DEME.

Spartacus is the world’s largest and the first to be powered by LNG; the four main engines can run on LNG, marine diesel oil (MDO) and heavy fuel oil (HFO) while its two auxiliary engines also incorporate dual-fuel technology.

IHC and DEME acquired extensive knowledge during the construction of LNG-powered trailing suction hopper dredgers Minerva and Scheldt River, which helped construction of the Spartacus.

“DEME’s drive to innovate and focus on sustainability is reflected in the company’s multi-year fleet investment programme,” says Alain Bernard, Director and CEO of DEME.

“The new additions to the fleet are part of our continuous efforts to further increase efficiency, both in terms of production and environmental performance.

“Spartacus stands out because of her unrivalled power and high-tech features on board. The CSD will drive new levels of performance and will provide our customers with flexible solutions for dredging projects in even the most harsh and remote environments.”

IHC’s CEO Dave Vander Heyde was also proud of achieving this important milestone in what has been a challenging project.

“IHC is known for its willingness to push boundaries to develop and produce high added-value equipment and vessels for our customers,” he says.

“The combination of power, size and innovation makes Spartacus a perfect example of such a project. DEME was once the first dredging company to put a ‘jumbo’ dredger in the market which has led to a new generation of dredging vessels.

“As Spartacus will soon be the world’s largest and most powerful LNG-powered CSD in operation, DEME will again have set a new standard in the market.”

A 10% adoption rate for LNG as marine fuel ‘will push demand beyond expected supply’ in 2022.

‘A significant step’ towards the USA becoming a premier supplier of LNG marine fuel, says CEO of VT Halter Marine.