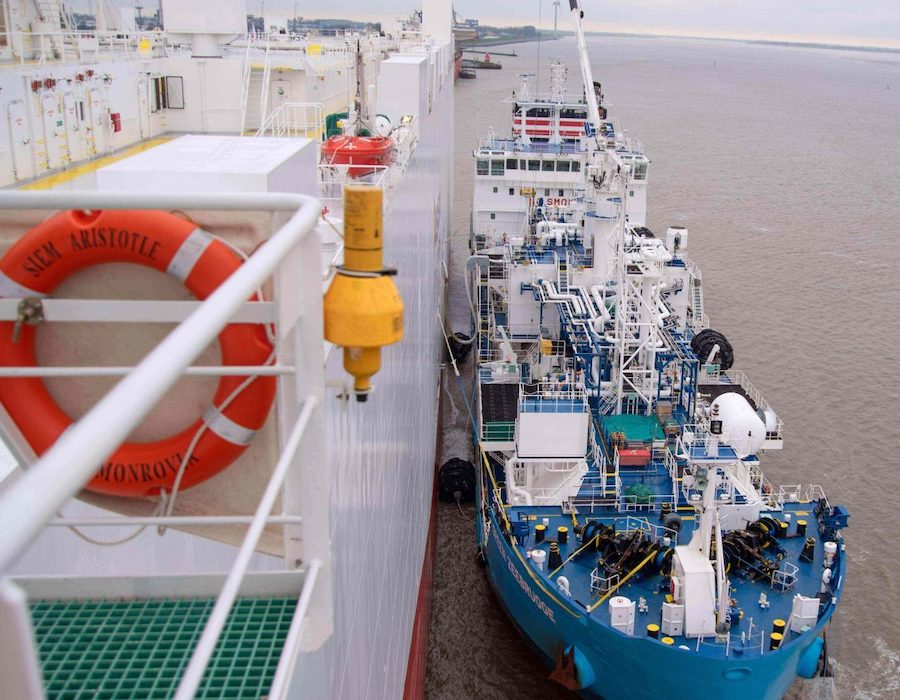 The vessel is 200 meters long, 38 meters wide with a maximum draft of 10 meters and her sailing speed of up to 19 nautical miles per hour. The vessel recently made port calls in Halifax, NS, Baltimore MD and Vera Cruz, MX.

Operating exclusively for Volkswagen Group, the Siem Aristotle is the second installment in the company’s fleet that is revolutionising how long-distance shipping is conducted.

The vessel will be managed by SCC’s sister company – Siem Ship Management based in Gdynia, Poland. While in Emden, the experienced management and crew took all precautions necessary to ensure safe bunkering of LNG for the vessel (as seen in the images below).

Organises event with Port Authority of Igoumenitsa, Chamber of Thesprotia for the endeavour.

The LNG bunkering operation was the first ever within British Gibraltar Territorial Waters, it highlights.