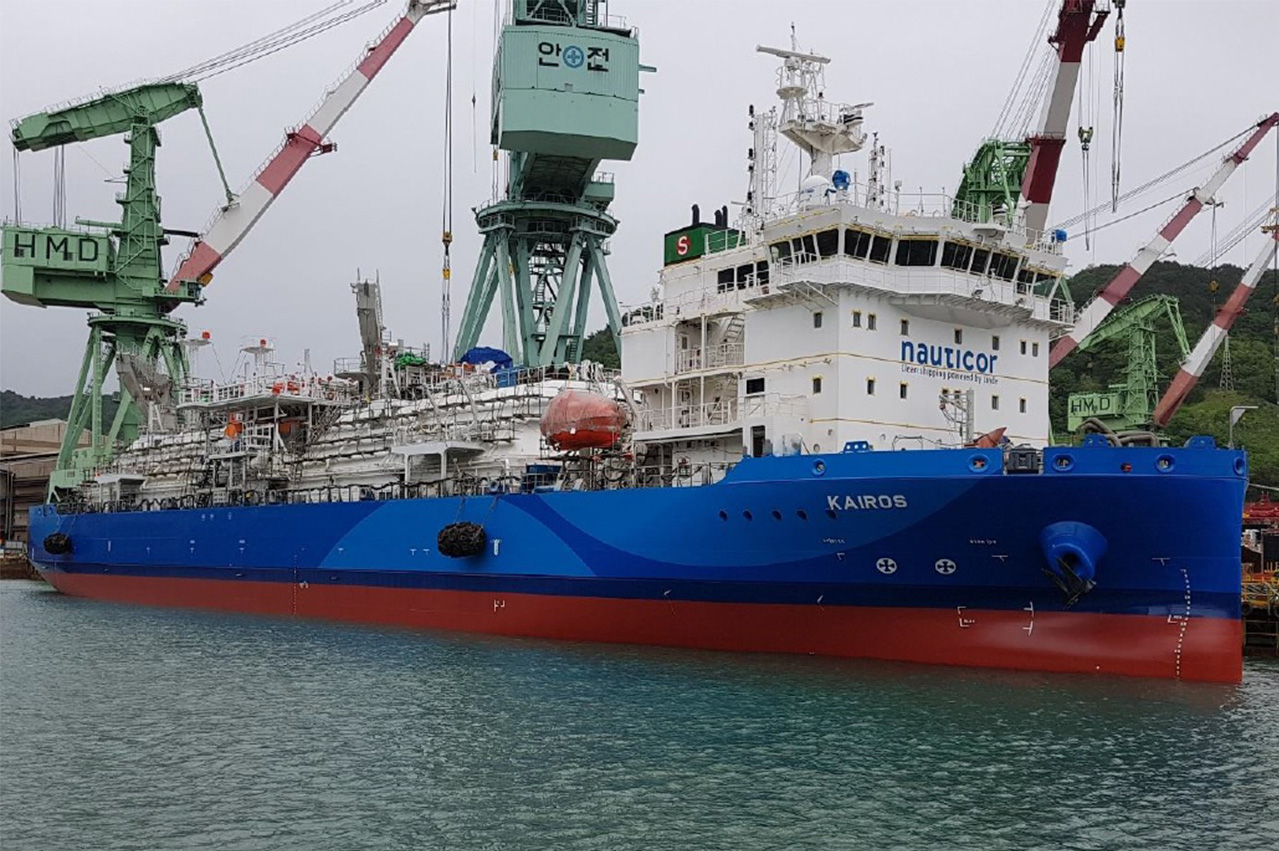 The Linde Group will be adding its second liquefied natural gas (LNG) bunker supply vessel to its fleet in the fourth quarter of 2018, says the company’s LNG bunker supplier subsidiary Nauticor.

It notes the new 7,500 cbm capacity LNG bunker supply ship entering the final phase of construction on 20 June before its delivery to Europe.

“The launch of the vessel recently took place at Hyundai Mipo Dockyard (HMD) in Ulsan, South Korea,” it notes.

“As part of this event the name of the vessel was revealed to be Kairos.

“The ship is supposed to be delivered in Q4 2018 and will then start supplying LNG to maritime customers in various ports and offshore in Northwest Europe.”

Linde Group’s Seagas is the world’s first LNG bunker supply vessel and since 2013 has been supplying LNG to the cruise ferry Viking Grace at the port of Stockholm on a daily basis.

Partnership will provide new opportunities for EGAS to be a major supplier of LNG for ships in Egypt and in neighbouring countries, says Minister Tarek El Molla.