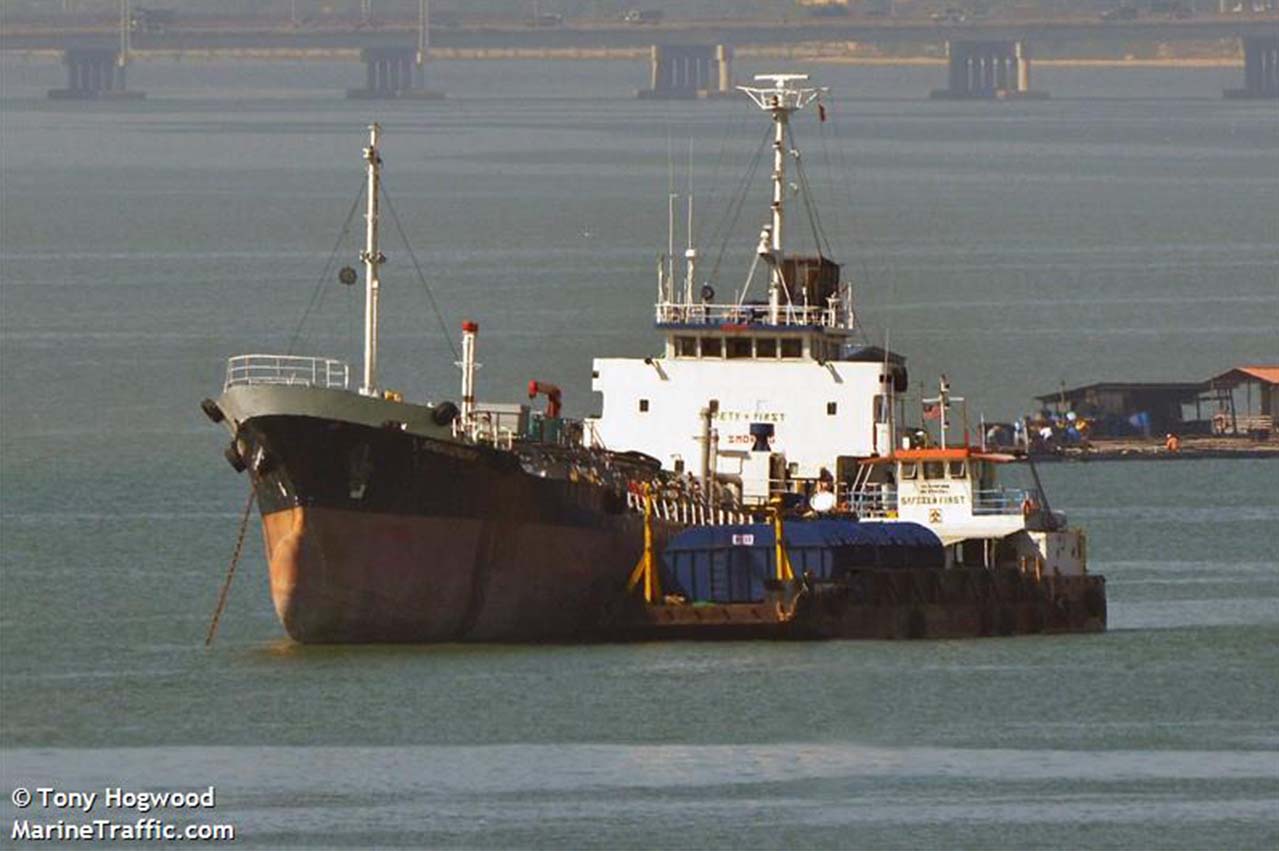 The Malta-flagged oil tanker Adafera (IMO 9258478) did not report its position on radio channels VHF 11 and VHF 16 upon arrival and closed its distance with the Malaysia-flagged bunker tanker Singa Berlian to conduct bunkering activity, it stated.

The agency managing the operation further did not own a valid license for bunkering activity issued by JPA.

The event on Tuesday morning unfolded in the following details:

0845 hrs – The vessel traffic monitoring system (VTMS) detect Adafera entering the Johor port limit with reporting to the Johor Port Control and anchored. The vessel was contacted through radio channels VHF 11 and VHF 16 but did not respond.

0900 to 1100 hrs – Bunker tanker Singa Berlian closed its distance with Adafera. Singa Berlian also did not respond over VHF 11 and VHF 16.

Following, the VTMS unit contacted the agency of Singa Berlian to get a validation. The agency South Sea Marine Services Sdn Bhd claimed both vessels were in a bunkering operation managed by their company and have a permit from the Marine Department for the activity.

The VTMS unit briefed the agency about the procedure of ship arrival that is needed to be obliged and asked the agency to contact the ship to prepare for radio communication VHF 11; it also reviewed an internal JPA system and confirmed South Sea Marine Services Sdn Bhd did not own a license for bunkering activity in the port limits of Johor Bahru.

The 3,592 dwt Sea Tanker II used to be a bunkering tanker delivering marine fuel in the Singapore market.

The application was filed by CIMB Bank Singapore in June, as the bank looked to recover USD 105 million from Hontop; RSM Corporate Advisory appointed Judicial Managers.