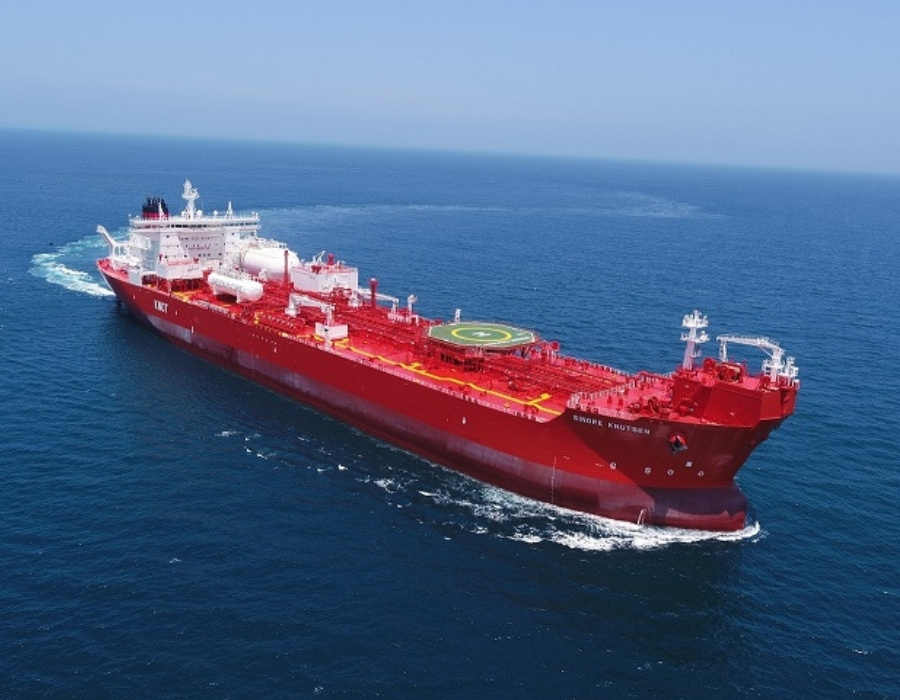 Similar to its sister ship Frida Knutsen, which was delivered on 2 August, the vessel can use heavy fuel oil and LNG bunker fuel.

Sindre Knutsen will be equipped with a VOC recovery system and an energy storage system to reduce greenhouse gas emissions.

The vessel will be chartered to ENI Trade & Biofuels S.p.A, a subsidiary of Ente Nazionale Idrocarburi S.p.A (ENI), and will be engaged in oil transportation in the North Sea and Barents Sea.

The ships were ordered by KNOT and will be built at the Daewoo Shipbuilding & Marine yard in Korea.

KNOT in 2020 announced it was awarded a contract to build two LNG-fuelled shuttle tankers with delivery mid-2022 and the vessels will operate in the North Sea under time-charter contract for a maximum 10-year period.

Letter of credit was issued on 6 April followed by a notice on 23 April that OCBC would revoke its decision due to doubts over HLT’s financial status, reports Bloomberg.

By plugging into an onshore electricity, ships calling at port can shut down their auxiliary engines.