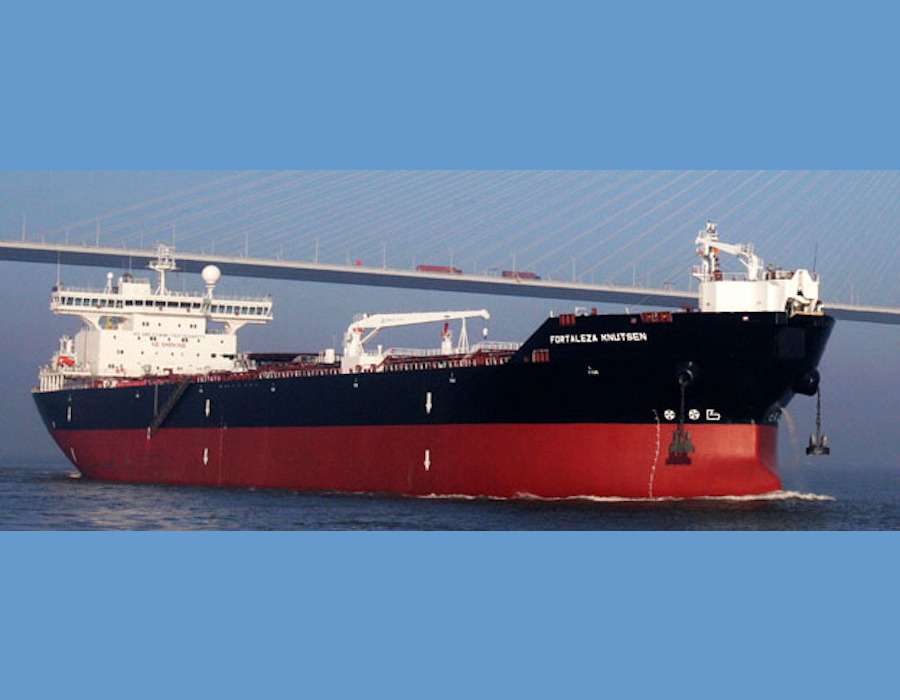 The two new 124,000 dwt LNG-fuelled shuttle tankers will be built by Daewoo Shipbuilding & Marine Engineering Co. Ltd shipyard in Korea with delivery mid-2022 and the vessels will operate in the North Sea under time-charter contract for a maximum 10-year period.

These vessels will be able to reduce emissions of CO2 equivalents significantly compared to conventional oil-fueled shuttle tankers, through using LNG as the primary fuel and further utilise energy recovered from volatile organic compounds. There will also be a battery package installed to save energy during DP operation.

“We are pleased to announce that KNOT and ENI extend their partnership in the North Sea with two new LNG shuttle tankers. ENI, through their ownership in Vår Energi has many interests in North Sea gas and oil fields and is thus one of the major players in the area,” says Tygrve Seglem, President and CEO of KNOT.

“This contract is the third and fourth long-term time-charter shuttle-tanker contracts between ENI and KNOT Group. We are pleased that ENI has recognized KNOT capabilities and expertise in the shuttle tanker operation with the awarding of this new contract.”

The 12,000 m3 capacity vessel will provide LNG as marine fuel to vessels at Singapore port from 2021.

The Sunflower Kurenai and Sunflower Murasaki will be built by Mitsubishi Shipbuilding from December.

Alternative fuels not economic, not available at scale, and unproven for shipping operations, it says.