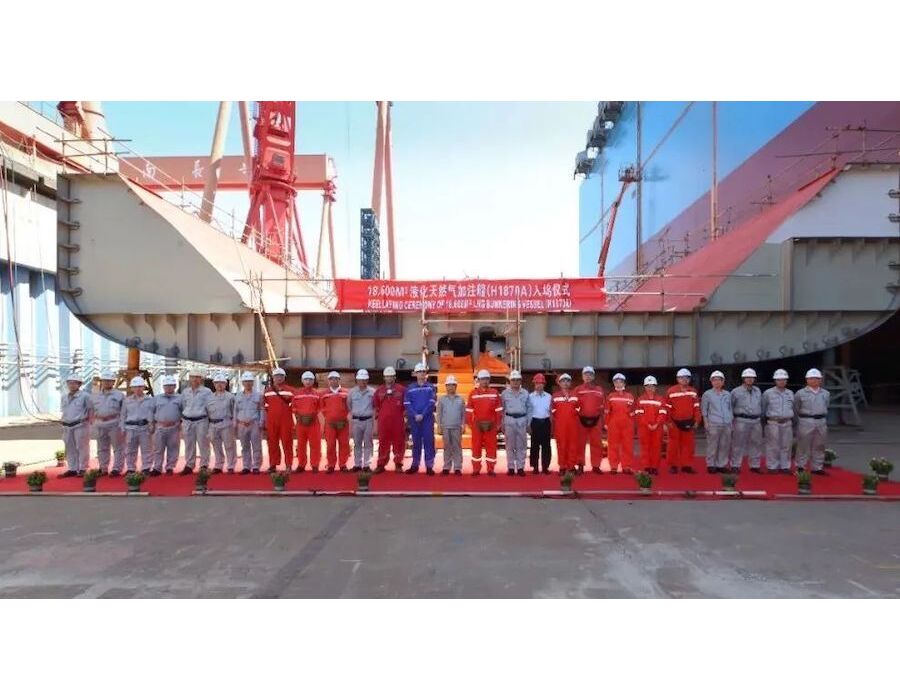 Dubbed “V2.0” the vessel is the second of the same type of ship being built by the company.

The ship is being built for Japanese shipping company Mitsui and is scheduled to be delivered by the end of 2021, said HZS.

It said the V2.0 version of the 18,600 m3 LNG bunkering ship comes with three major improvements in overall performance compared with the V1.0 version delivered in April this year through the upgrade of the design concept and the improvement of system functions.

The V2.0 has a higher throughput rate as both the loading rate and the unloading capacity are increased by 25%, which can greatly shorten the “throughput” operation time and reduce the filling operation time of two ships close together.

The air return system adopts a new design that can automatically select the decompression bypass switch according to the level of the back pressure of the fuel tank of the LNG powered ship, which solves the problem of automatically adapting to the change of the return air back pressure.

Regardless of whether the serviced LNG-powered ship (receiving vessel) adopts A, B, C or membrane-type LNG fuel tanks, it can be filled quickly and safely.

Thirdly, the unique position of its high and low-position double-filling headers is designed to solve the adaptation problem of large changes in the height difference when bunkering LNG powered ships of different sizes.

This means it can service various types of LNG-powered ships from small LNG-powered ferries to very large LNG-powered container ships and can provide up to 18,000 cubic meters of bunker fuel, making it globally versatile as a bunker vessel.

New vessels will be Princess Cruises' first ships to be dual-fuel powered, mainly by LNG.