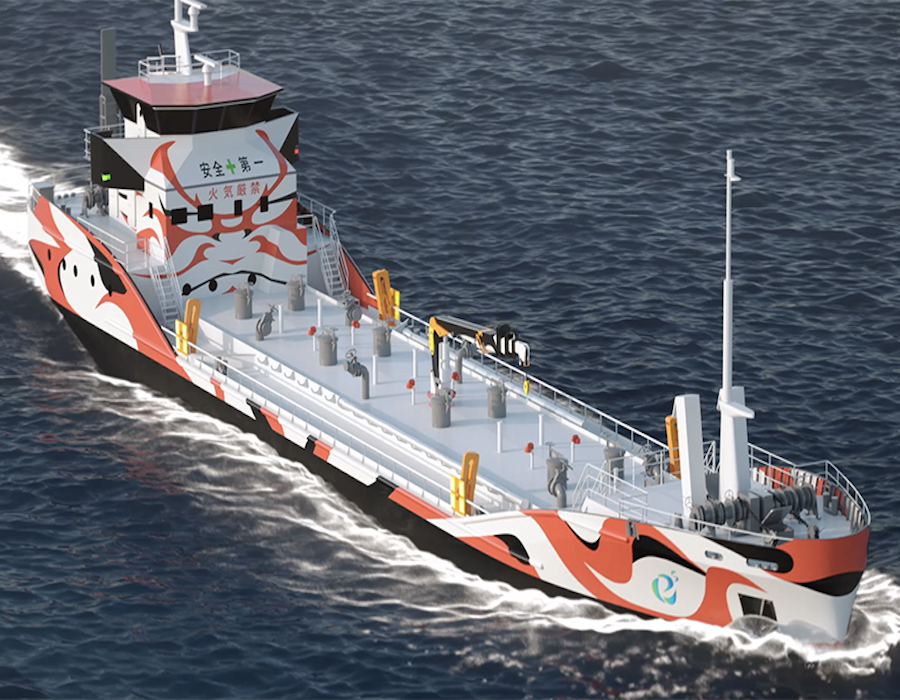 The vessel for Asahi Tanker is the first of two all-electric vessels to be built from the e5 Lab initiative and is expected to go into service in bunkering operations in Tokyo Bay by 2022. The ships will be built by KOA Industry Co Ltd and Imura Shipyard Co Ltd in Japan.

“Japan is an important market for Corvus Energy and a big part of our future growth strategy,” said Geir Bjørkeli, CEO of Corvus Energy.

“Like Norway, Japan is a maritime nation with a clear path towards a green future. The government has already announced ambitious plans to be free of carbon emissions by 2050, which will require significant decarbonization initiatives in its world-leading shipping industry.”

Kawasaki Heavy Industries (KHI) was awarded the contract for the ship’s propulsion system September of 2020 and will integrate the 3,480 kWh Orca ESS from Corvus Energy to power the vessel.

“Corvus Energy has battery and marine market expertise unlike any other,” added Ohno Tatsuya of Kawasaki Heavy Industries.

“They have been an outstanding partner in other projects, and we are excited to work with Corvus again on this ground-breaking project.”

“KHI has significant expertise in marine propulsion and electrical systems design and this contract shows that we are recognized for our expert knowledge as well as our ability to reliably deliver a high-performance ESS.”

As reported in a statement from Asahi Tanker, which operates 137 vessels, the e5 tanker will achieve zero emissions of CO2, NOx, SOx, and particulates, dramatically reducing environmental impact. In addition, reduced noise and vibration will create a more comfortable work environment for the crew members and limit noise pollution in the bay and its surroundings.

Further, the vessel will make its battery power available to emergency services in the case of a natural disaster in Tokyo. This idea was originally proposed by e5 Lab and Asahi Tanker.