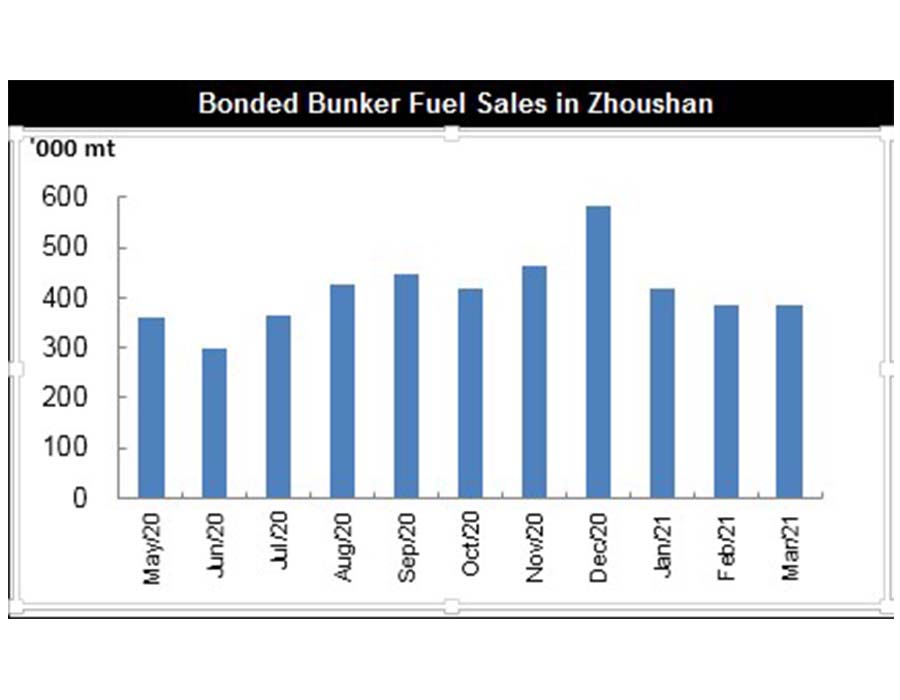 In March, China’s bonded bunker fuel sales edged up to 1.53 million mt, JLC data showed. Sales in March grew after the Chinese New Year holiday. But the purchase interest of shipowners was tepid amid the large fluctuation in prices and influence of the Suez Canal blockage. Chimbusco and Sinopec sold about 612,500 mt and 617,100 mt of bonded bunker fuel, respectively. Bonded bunker fuel sales were about 80,000 mt for SinoBunker and 39,800 mt for China ChangJiang Bunker (Sinopec). New enterprises in the China (Zhejiang) Pilot Free Trade Zone sold 179,000 mt. 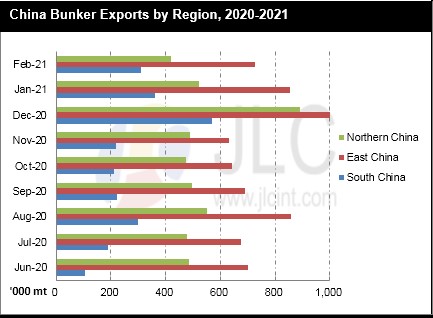 Domestic bunker fuel demand rose slightly when compared with February. End users’ consumption of domestic-trade heavy bunker fuel was about 350,000 mt in the month, up by 10,000 mt from the previous month. The demand for light bunker fuel was 130,000 mt in March, up by 10,000 mt from February. There was a growing demand for restocking after the Spring Holiday festival. However, most traders chose small orders, given the wide fluctuation of international crude prices.

Imports in January were low amid the increased domestic production and previous stocked up inventory. Imports in February rose sharply. For one thing, the production of refineries inched down during the Spring Festival holiday. For another, the increasing crude oil and bunker fuel prices stimulated the purchase interest of bonded bunker fuel distributors. 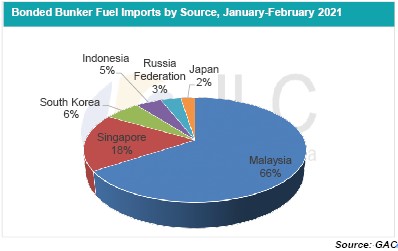 Chinese blending producers supplied a total of around 360,000 mt of heavy bunker fuel in March, up by 10,000 mt from February, JLC data showed. Low-sulfur residue oil supply remained tight after the Spring Festival holiday despite the work resumption of producers. Supply of light coal tar, coal-based diesel and shale oil returned to be normal but the downstream demand was sluggish. With the support of crude oil prices and an increase in downstream demand, diesel supply in this month edged up. Domestic light oil supply was about 140,000 mt in March, up by 10,000 mt from February. 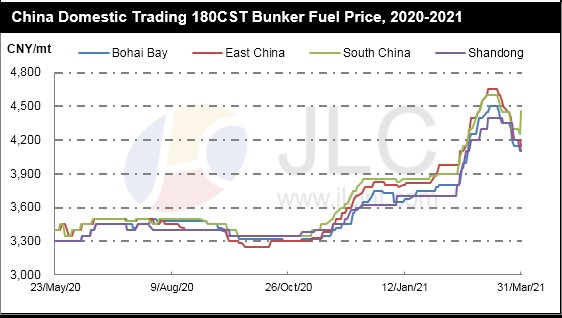 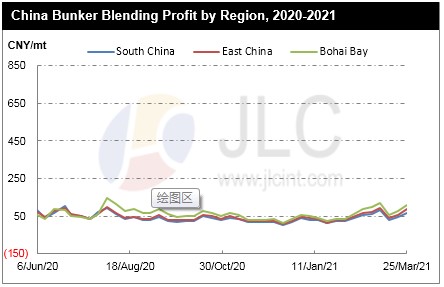 Singapore-based C-LNG Solutions provides FGSS system to Matson Navigation-owned containership under conversion at a Chinese yard to use LNG as a bunker fuel.

FESB will continue to explore suitable ventures with fleet operators and players in the shipping and logistics industry to secure medium to longer term contracts.

Copies of the notice of the meeting on 10 August have been circulated to the contributories and creditors of the Company by post and/ or email.