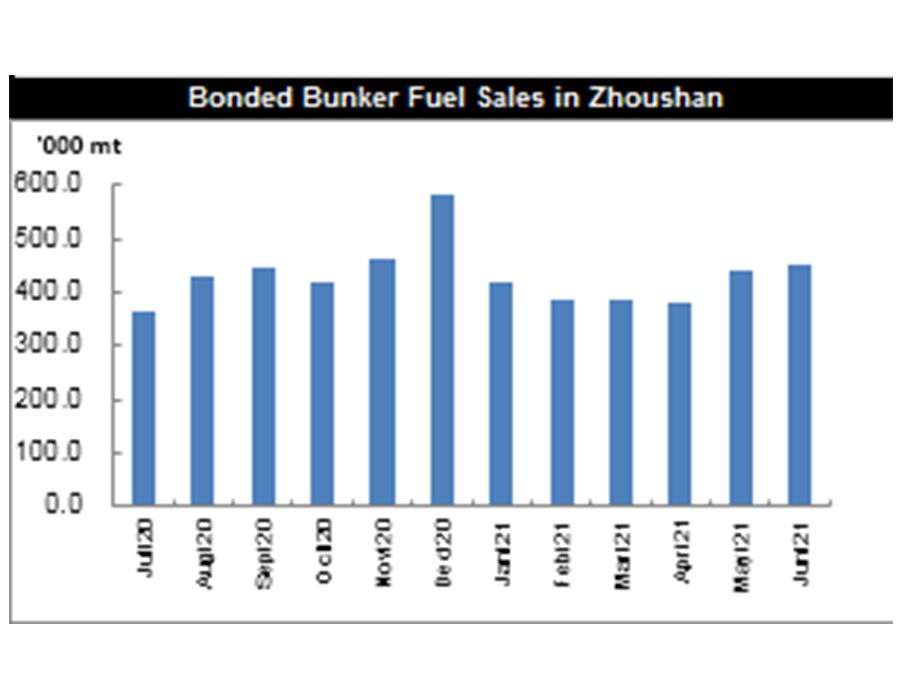 China’s bonded bunker fuel exports in May 2021 were 1.63 million mt, down by 20.65% month on month but up by 30.5% year on year, according to GAC data. The stricter control measure on ports pulled down the bunkering volume. China exported 1.54 million mt of heavy bunker fuel and 88,000 mt of light bunker fuel in May. 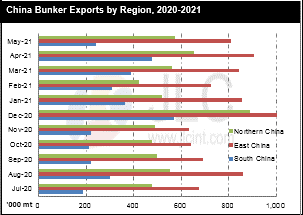 Domestic bunker fuel demand was stable in June. Downstream buyers were active in purchase under the support of high international crude prices. However, the weak shipping demand curbed the increase in bunker demand. End users’ consumption of domestic-trade heavy bunker fuel was about 370,000 mt in the month, flat with the previous month. The continuous rainy weather along the Yangtze River had a negative influence on the shipping market. The demand for light bunker fuel was 130,000 mt in June, down by 10,000 mt from the previous month.

China’s bonded bunker fuel imports did not change much from the previous month as domestic LSFO production remained high and the import resources had no price advantage. Bonder bunker fuel traders made purchases based on their actual needs. 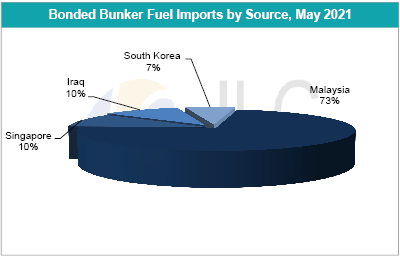 Chinese blending producers supplied a total of around 370,000 mt of heavy bunker fuel in June, down by 10,000 mt or 2.63% from May, JLC data showed. Low-sulfur residue oil and shale oil supply increased in June. Light coal tar and coal-based diesel mainly flowed into the hydrofining field instead of blending due to their high prices. Heavy bunker fuel supply inched down amid the high feedstock prices and waned purchase interest of blenders. Domestic light oil supply was about 150,000 mt in June, flat with the previous month. 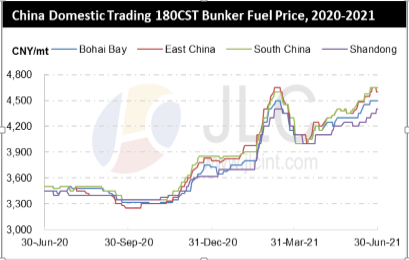 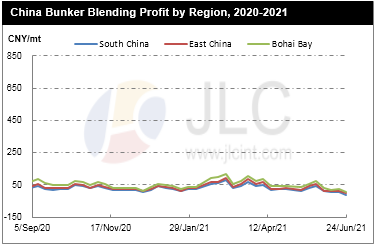 Consort Bunkers and Glencore Singapore in MOUs with Zhoushan firms