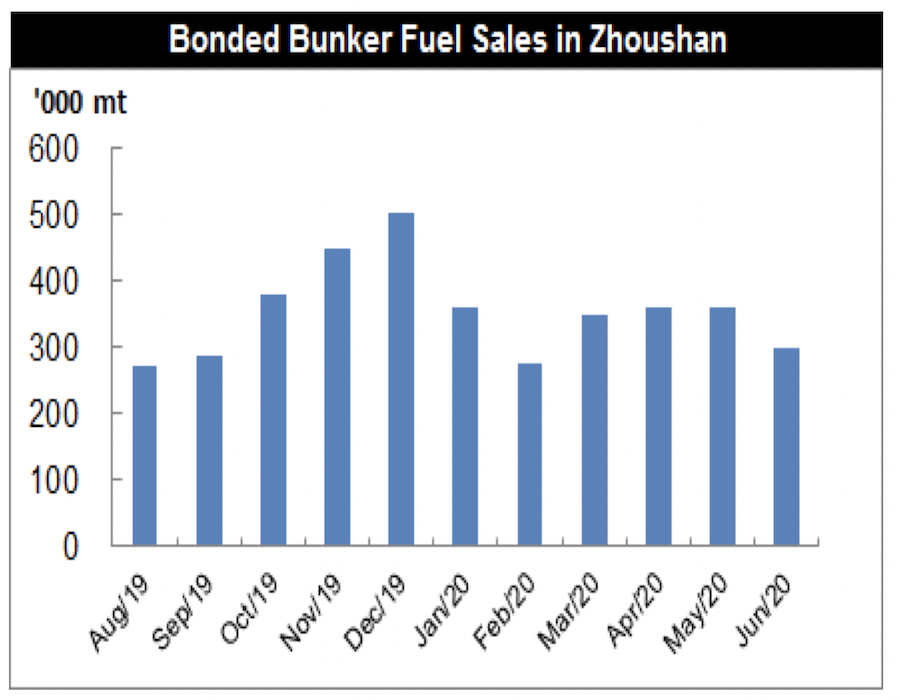 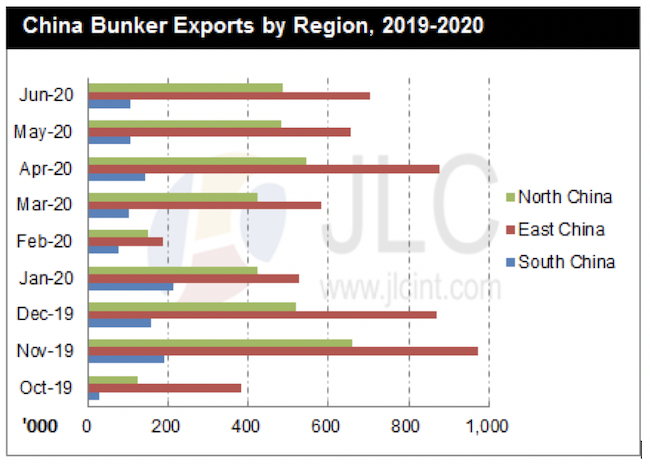 Domestic bunker fuel demand dropped in July. As the rainy season in the southern region extended, bulk demand reduced significantly in July and the shipping market stayed sluggish. Although the rainy season receded since the middle of the month, the bulk market’s support from the hot weather for a short period was not firm. Demand for coal did not improve much with a lack of boost to the shipping market. End users’ consumption of domestic-trade heavy bunker fuel was about 260,000 mt in the month, down by 20,000 mt or 7.14% from the previous month. The demand for light bunker fuel was 90,000 mt in July, down by 5,000 mt from June on thin trades amid frequent rains. 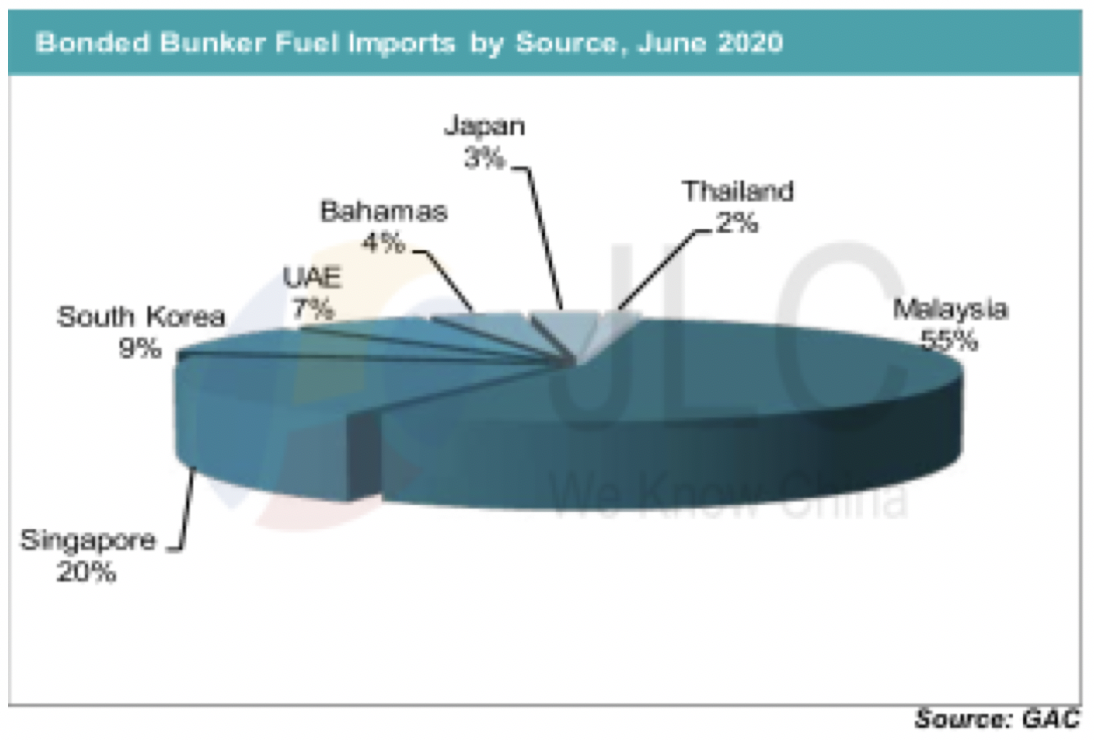 Chinese blended producers supplied a total of around 330,000 mt of heavy bunker fuel in July, a drop of 10,000 mt or 2.94% month on month, JLC data showed. Feedstock costs were stable to lower due to slim downstream demand, despite a tight supply of low-sulfur residue oil. Domestic bunker fuel prices stayed low amid a weak coastal bulk market and tepid end-user demand. Although blending profits increased, blended producers were reluctant to boost supply and most of them mainly supplied to buyers with contracts and operated with low stocks. Therefore, domestic blended bunker fuel supply in July slipped. Light bunker fuel supply was about 90,000 mt, down by 10,000 mt from June. Despite rising international crude prices, light bunker fuel supply stayed low amid slack sentiment. 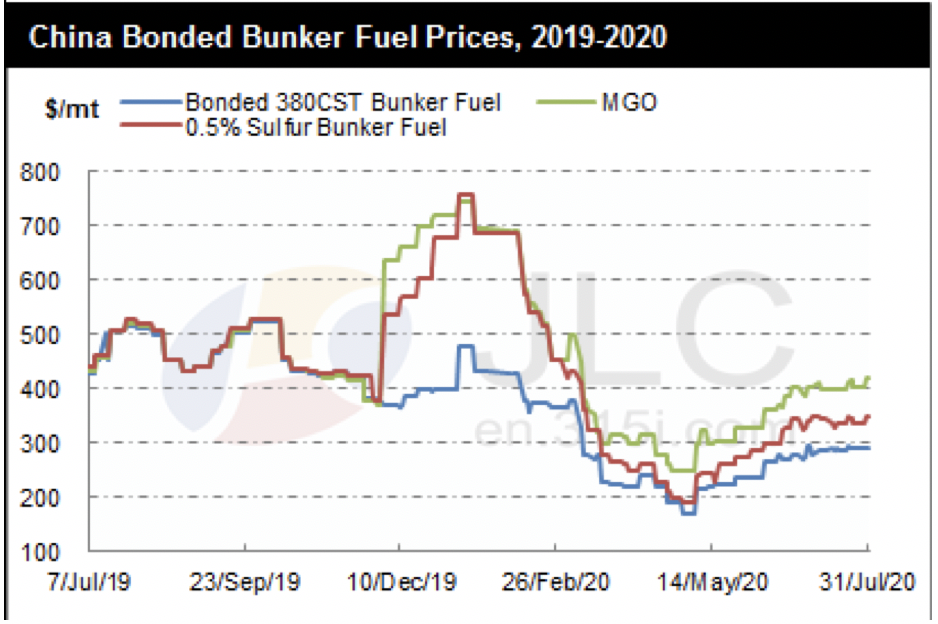 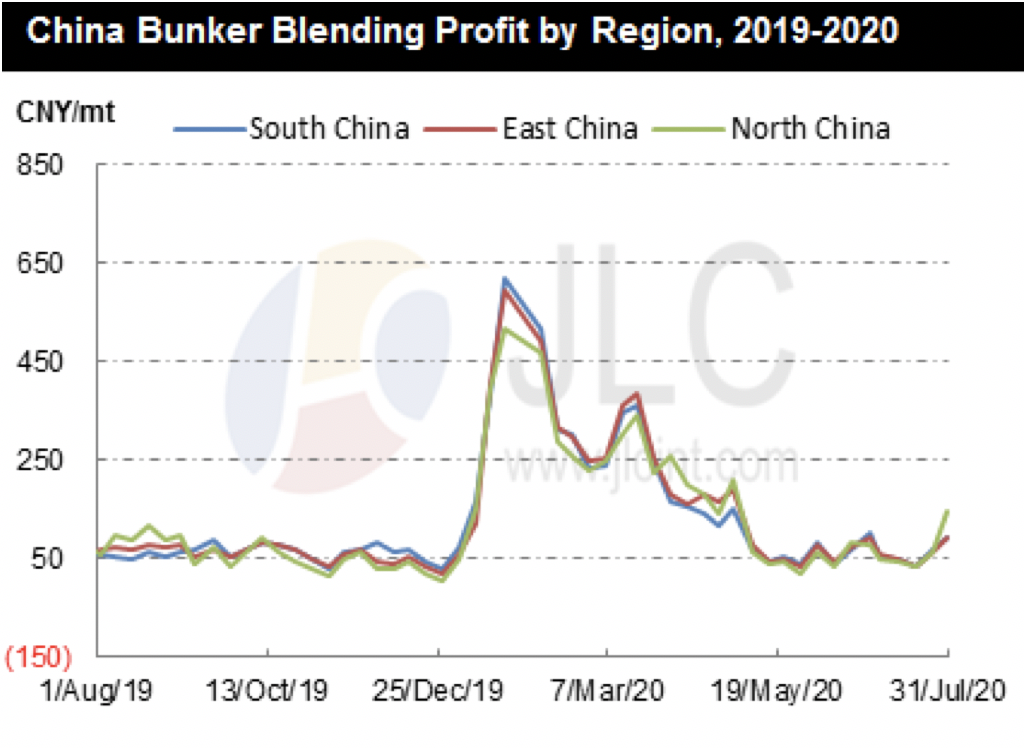 Vessel will have a capacity of 12,500m3 for bunkering alternative fuels - LNG and BioLNG - and will be put into operation for use by shippers from June 2025.

Project has important significance for zero pollution and zero emission transformation of inland waterway ships in the country, particularly in Yangtze River.