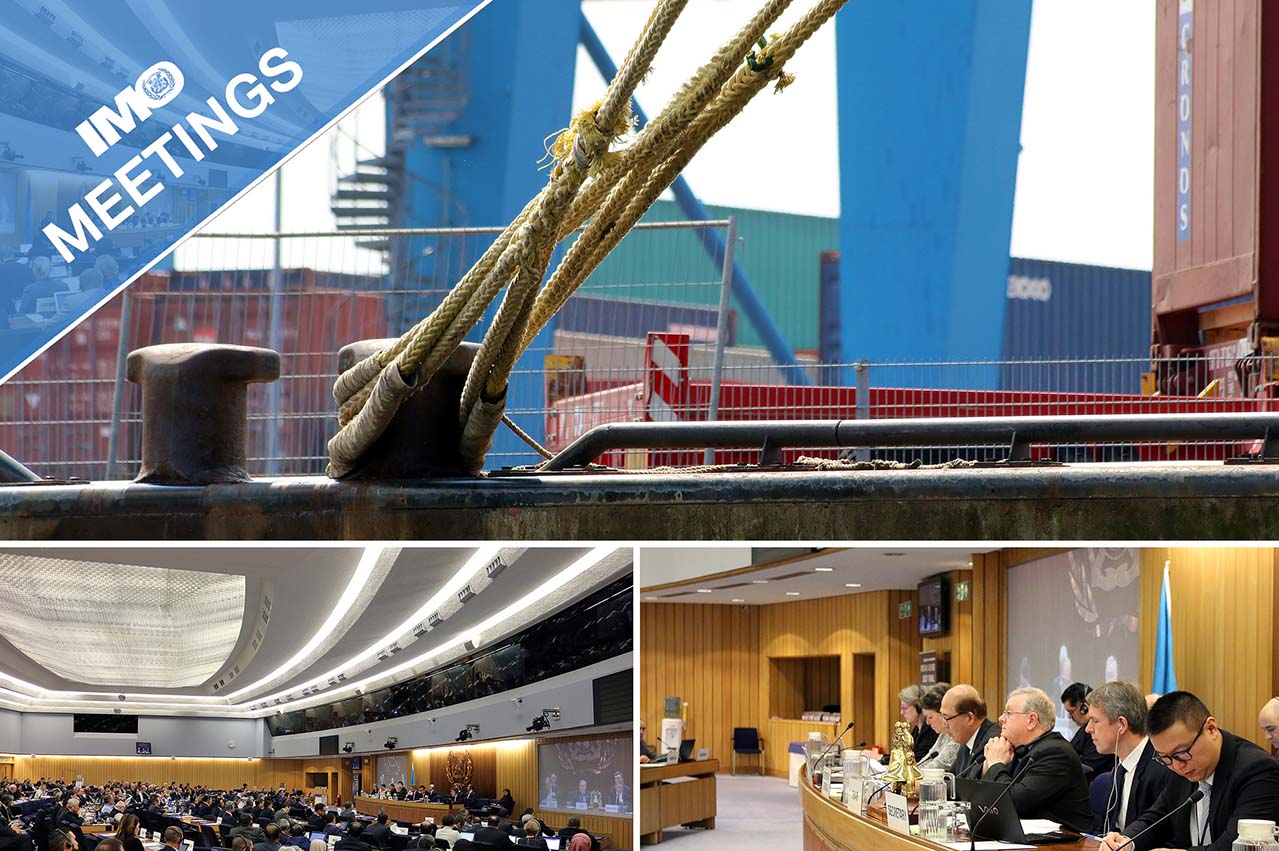 Unni Einemo, Director of the International Bunker Industry Association (IBIA), on Sunday (17 February) published a statement informing industry stakeholders of the upcoming PPR6 meeting and IBIA’s role in it:

IBIA will be at the 6th session of the IMO’s Sub-Committee on Pollution Prevention and Response (PPR 6), which will endeavour to complete work on remaining issues relating to consistent implementation of the 0.50% sulphur limit set to take effect from 1 January 2020, so that these can be sent to the 74th meeting of the Marine Environment Protection Committee (MEPC 74) in mid-May for any final tweaks and approval.

PPR 6 will have a packed agenda. Of particular interest to IBIA’s members are finalisation of draft guidelines on consistent implementation of the 0.50% sulphur limit under MARPOL Annex VI, draft amendments to MARPOL Annex VI relating to sulphur testing and verification issues, and associated existing guidelines such as Port State Control (PSC) guidelines. IBIA has made key contributions in all these areas through papers submitted to IMO meetings, through active participation in those meetings and through discussions with other IMO delegates, both from member states and other organisations with consultative status.

IBIA continues to push for a sensible and uniform approach to sulphur testing and verification so that ship operators and bunker suppliers are not subjected to potentially unreasonable and different treatment from one jurisdiction to the next.

We have seen growing support for our long battle to gain recognition for the scientifically proven 95% confidence principle, which applies to all measurement methods, to be accepted when verifying the sulphur content of samples taken from the ship’s fuel system. The current verification procedure applicable to the MARPOL sample as per appendix VI to MARPOL Annex VI fails to fully recognise that all test methods have limitations w.r.t. precision, which the 95% confidence principle provides a scientific approach to.

We are also seeing support for a proposal originally submitted by IBIA to add a definition of “sulphur content” under regulation 2 of MARPOL Annex VI, referring to a specific test method to ensure that the final and binding analysis to determine compliance with MARPOL Annex VI sulphur limits is always carried out using the same test method (ISO 8754:2003) performed by a properly accredited laboratory. As these amendments would not take effect until mid-2021 at the earliest, we hope IMO member states will support our call for these principles to be included in guidelines now, so they are in place before 2020. IBIA and co-sponsors have submitted a proposal to PPR 6 to this effect.

PPR 6 will discuss amendments to appendix VI, where two main options have emerged as the possible way ahead. One of these is to treat all samples (in-use and MARPOL) in exactly the same way, meaning a sulphur test result from one laboratory should be considered as meeting the regulatory limit as long as the test result does not exceed the limit and the 95% confidence limit as per the statistically proven precision of the test method. The other option would allow the 95% confidence limit to be applied to the in-use sample, but not to the MARPOL sample. This would align the MARPOL sample verification with how ISO 4259 treats the supplier’s retained sample in the event of a dispute.

In light of the upcoming carriage ban on fuel oils exceeding 0.50% sulphur, due to take affect from 1 March 2020, IBIA has proposed to also apply appendix VI to samples taken from ship’s fuel tanks, as this would become a relevant compliance check mechanism for port State control officers (PSCOs). With the carriage ban, it also seems increasingly likely that PSCOs may check not just if the sulphur value on the bunker delivery note indicates compliance, but also from time to time check the MARPOL sample to determine if the ship has lifted compliant fuel oil.  In cases where the MARPOL sample fails to meet the 0.50% sulphur limit, the ship would consequently also be non-compliant with the carriage ban, although the fault would lie with the supplier. After polling our members, IBIA will advocate treating all types of samples the same, whether PSCOs use in-use samples, MARPOL samples or ships’ fuel tank samples to determine ship compliance.

It is important to note that FONARs are not exemptions from the sulphur limit – they are a way for ships to self-report that they are non-compliant because they were unable to obtain compliant fuel, as provided for in Regulation 18.2 of MARPOL Annex VI. It is up to the PSC officers at the ship’s next port of call whether they accept the FONAR as evidence the ship did all it could to obtain compliant fuel and hence refrain from penalising it. PSC could decide that the ship won’t be penalised but it will nevertheless be reported as a deficiency as the ship is non-compliant. They could even decide that the ship needs to debunker and take onboard compliant fuel, which is not a penalty but a pretty effective deterrent as this would be time-consuming and costly.

IBIA has participated in the IMO Correspondence Group (CG) which has been working on a revision of the 2015 Guidelines for exhaust gas cleaning systems (EGCS Guidelines) to clarify a number of issues. PPR 6 will discuss the outcome of this correspondence group which had the mammoth task of working through issues in this increasingly controversial area, as well as consequential amendments to PSC guidelines. The proposed revisions to the EGCG guidelines contained in the group’s report are chiefly technical and focus on monitoring of washwater, emission testing and approval of scrubbers, as well as guidance on accidental breakdowns and instrument malfunctions.

Given concerns about the environmental impact of washwater, discussion on this agenda item could be fraught and there will undoubtedly be calls for a precautionary approach from some quarters seeking to ban all scrubber discharges into the sea. While PPR 6 will likely touch on these issues, it cannot make any decisions as this will be up to MEPC. It is anticipated that the EU will bring forward a proposal MEPC to limit washwater discharges in specific areas.

HFO in the Arctic

Development of measures to reduce risks of use and carriage of heavy fuel oil as fuel by ships in Arctic waters will also be on the agenda at PPR 6. Action to reduce the environmental risks associated with the use and carriage of HFO in the Arctic will include proposals for an outright HFO ban in the region. This will be weighed against the potential impacts of an HFO ban and other mitigation measures on Arctic communities.

Consideration of the impact on the Arctic of emissions of Black Carbon from international shipping is another agenda item relating to concerns about the impact of shipping and ship emissions in this sensitive region.

Number of ports and regions have already stated they will not allow scrubber washwater discharge.

‘In reality, the chances of postponing the Sulphur Cap 2020, are very, very small,’ explains Executive Director.

Compatibility concerns and fuel availability will overshadow progress made in IMO 2020 meeting.