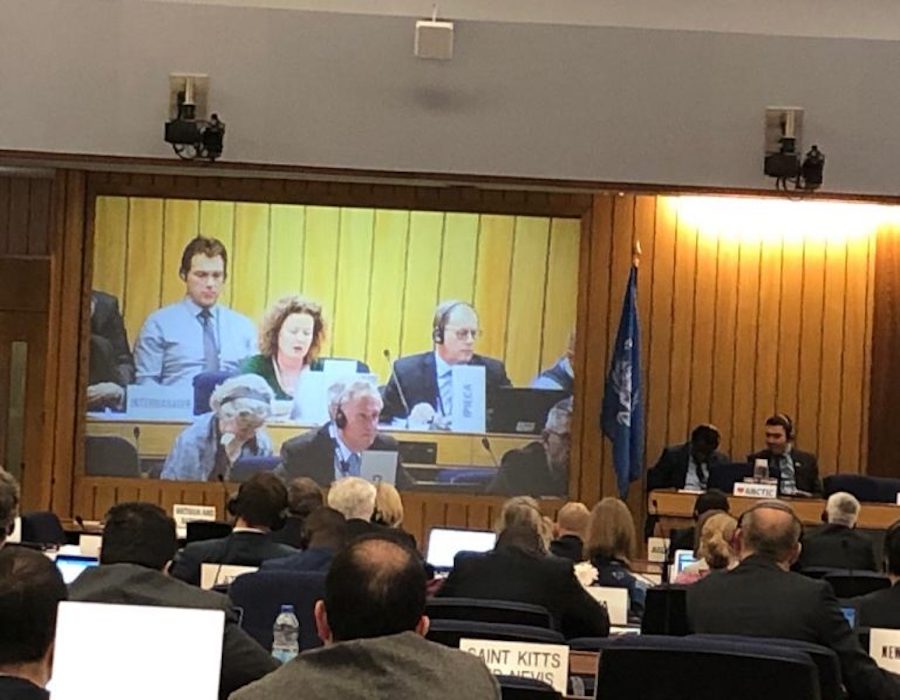 The International Bunker Industry Association (IBIA) on Monday (9 March) declared in an official release that it will back Japan’s proposal to develop IMO guidelines for evaluating the potential need and provide relevant justification for specific area restrictions on discharges of liquid effluents from EGCS:

IBIA made a statement during the February session of the IMO’s Sub-Committee on Pollution Prevention and Response (PPR 7) under the agenda item where the IMO is grappling with the contentious issue of discharges to water from exhaust gas cleaning systems, or scrubbers. Bans on open loop discharges have been implemented unilaterally in various ports and countries, often without providing a scientific explanation for it. The IMO has therefore agreed to begin work on ways to harmonise the approach when considering local restrictions on EGCS discharges to water.

There were multiple documents submitted to the meeting covering a range of divergent views. Some were calling for establishing general limitations on open loop system discharges under stipulated conditions, such as when a ship is a certain distance from land and/or in specific sea areas. Others called for a proper risk assessment framework to use when considering restrictions in certain areas.

A number of information papers were submitted with outcomes of studies, including a report from a task team on EGCS established by the Joint Group of Experts on the Scientific Aspects of Marine Environmental Protection GESAMP to evaluate available studies and data.

Also among the papers submitted was information document from China, Malaysia, Singapore and the United Arab Emirates, who have all established limitations on the use of open loop scrubbers in their waters. Their submission, PPR 7/INF.6 elaborated on factors considered by them as a basis for determining local restrictions, and that other authorities may also consider “according to their unique circumstances” when assessing the impact of EGCS discharges.

After reviewing the various submissions to PPR 7, IBIA’s Director and representative to the IMO, Unni Einemo, made the following statement during the meeting:

IBIA would like to thank all submitters of documents under this agenda item, which highlight just how complex this task is. Anyone observing the discussions around the subject of discharges to water from EGCS must be struck by how hard it is to come to clear conclusions, when the evidence presented to us appears to support opposing views. Our task when trying to establish the right policies are further complicated by a well-known phenomenon called “confirmation bias” meaning we have a tendency to trust any evidence that supports our opinions, and be suspicious about any evidence that goes against what we believe to be right.

What we actually need is to look at all the available evidence without prejudice. In light of this, we share the concerns raised by CLIA in PPR 7/12/6 commenting on the report by the GESAMP Task Team on exhaust gas cleaning systems. We are grateful to GESAMP and we appreciate that the available time was limited, but we find it alarming that the report appears to have given more consideration to some studies than others, in particular if the most solid and comprehensive studies were not given due consideration. CLIA has shared the key findings of a study by CE Delft in PPR 7/INF.18. This study has used the recommended MAMPEC model, and is based on the largest set of actual washwater samples, hence it should be treated as a key resource if we are to make science-based decisions.

Distinguished delegates, we would like to highlight in particular the observations and proposals contained in PPR 7/12/3 by Japan as we believe it offers a way forward that can in fact satisfy the needs of all parties concerned. As Japan and others have pointed out in various submissions, conditions in ports and coastal waters vary greatly, meaning the potential impact of discharges from EGCS is not uniform either. If we attempt to harmonize local rules on discharges, we might end up with a “one size fits all” policy when in fact, that risks being too restrictive for some ports and coastal areas and not restrictive enough for others.

We believe  Japan’s proposal to develop guidelines to provide recommended procedures for environmental impact assessments, in line with what we already have in the criteria and procedures for designation of Emission Control Areas (ECAs) and Particularly Sensitive Sea Areas (PSSAs), makes perfect sense as it allows for recognising the unique conditions and concerns of specific areas as highlighted in, for example, PPR 7/12/1 by China & al. and PPR 7/12/4 by FOEI & al.

Japan’s proposal addresses the concern about states taking unilateral decisions to prohibit discharges from open loop EGCS without providing scientific justification. We cannot prevent states from making such decisions, in the same way as we see states imposing local restrictions on air emissions without going through the procedure to set up an ECA under MARPOL Annex VI. However, by following Japan’s proposal, we would at least have the right tools at our disposal.

In conclusion, we therefore support Japan’s proposal to develop IMO guidelines for evaluating the potential need and provide relevant justification for specific area restrictions on discharges of liquid effluents from EGCS.

IBIA’s statement was made during plenary discussions and IBIA subsequently took part in detailed working group deliberations. The outcome of the working group discussions was a draft framework, or scope, for factors to consider when assessing the discharges from exhaust gas cleaning systems. Potential regulatory measures will also be considered under this agenda item.

European Commission agrees the whole maritime chain should be involved in GHG reduction.