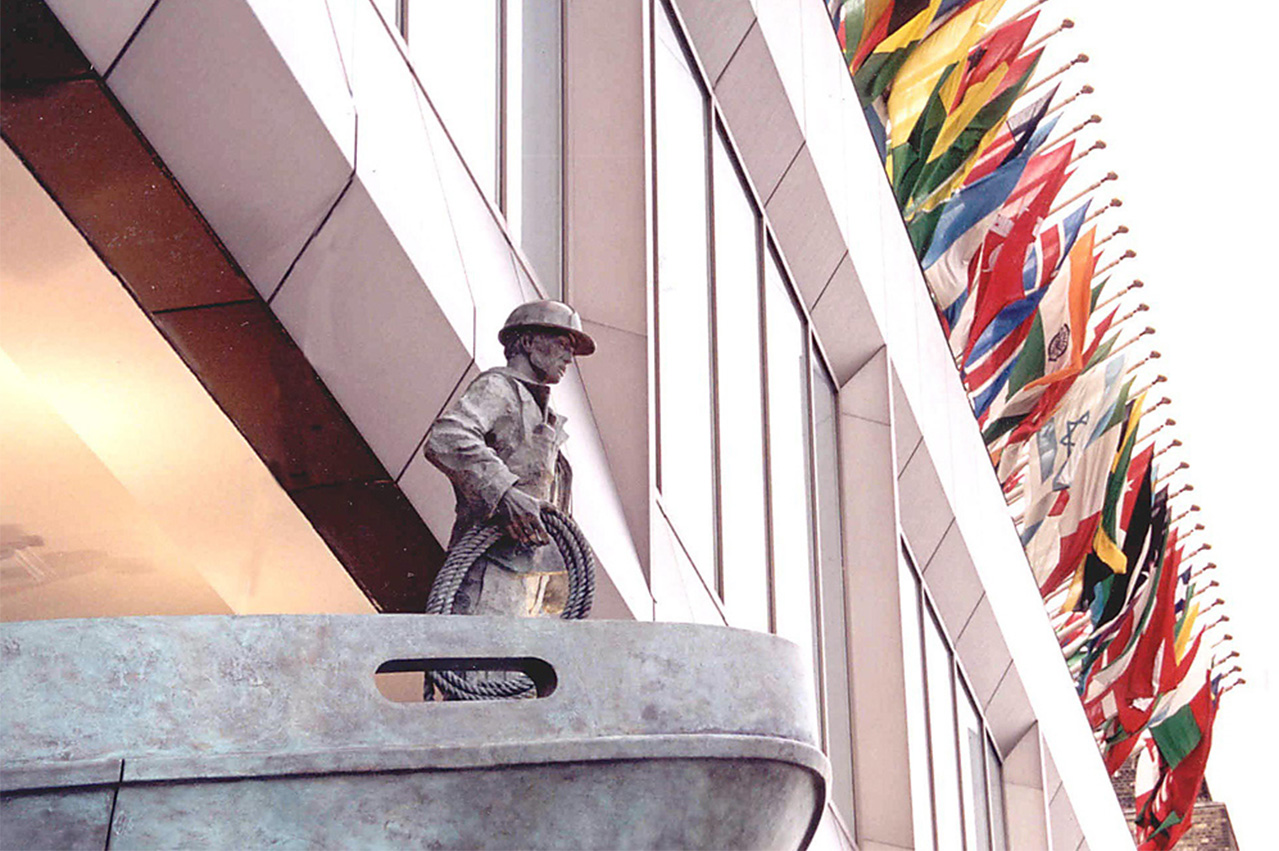 The below is a press release from the International Bunker Industry Association (IBIA):

MEPC 72: Several of issues relating to bunker fuel on the agenda
Should we ban the carriage of fuel oil exceeding 0.50% sulphur on ships without scrubbers? Should we ban both the use and carriage of heavy fuel oil in Arctic waters? And how soon should we phase out the use of fossil fuels by ships altogether? These are some of the fuel-related questions up for discussion as the Marine Environment Protection Committee meets for its 72nd session at International Maritime Organization (IMO) headquarters from April 9 to 13.

Carriage ban to support 2020 sulphur limit implementation
As previously reported by IBIA, it looks very likely that MEPC 72 will agree to amending MARPOL Annex VI to make it an offence carry bunkers above 0.50% sulphur in bunker tanks on ships unless they are equipped with approved abatement technology such as scrubbers. The ban does not apply to bunkers carried as cargo. However, due to concerns that the proposed regulatory text does not make this crystal clear, IBIA is co-sponsoring a submission with IPIECA to MEPC 72 asking for a small modification to this text to make sure it doesn’t unintentionally prevent bunker barges from carrying fuel oil exceeding 0.50% sulphur for delivery to ships with scrubbers.

Other elements relating to effective implementation of the 2020 sulphur limit are being developed by the IMO’s Sub-Committee on Pollution Prevention and Response (PPR). To speed up the process, MEPC 72 will be asked to approve receiving draft guidelines on ship implementation planning for 2020 directly from the intersessional PPR working group meeting on July 9- 13 to MEPC 73 in October.

Fuel quality
IBIA has submitted two documents, MEPC 72/5/6 and MEPC 72/INF.13 containing our “Best practice guidance for suppliers for assuring the quality of bunkers delivered to ships”. These submissions respond to a call from previous MEPC sessions for industry to put forward best practices for suppliers.

MEPC 72 will also consider draft best practice guidance for fuel oil purchasers/users, which IBIA has contributed to. The best practices are intended to assist in assuring the quality of fuel oil delivered to, and used onboard ships, with respect to both compliance with the MARPOL requirements and the safe and efficient operation of the ship.

HFO ban in the Arctic?
A group of countries have proposed to ban the use and carriage of HFO as fuel in the Arctic, (but not as cargo). This is a step further than what has been agreed at previous meetings, leading to a specific agenda item on “Development of measures to reduce risks of use and carriage of heavy fuel oil as fuel by ships in Arctic waters”. The proposal for a ban will be fiercely resisted by some who are ready to identify measures to reduce risk, but not a ban.

MEPC 72 was preceded by an intersessional working group (WG) to develop a draft text for MEPC 72 to finalise in a WG and finally for the Committee to adopt at this session. Based on the text that came out of the intersessional, it looks like that discussion will be challenging as consensus has once again proven elusive. IMO member stats are struggling to agree on the “levels of ambition” for how soon GHG from international shipping needs to peak, and by how much they should then be reduced by 2050 compared to 2008 levels. There was also difficulty agreeing on how to draft the “guiding principles” for the strategy, regarding different responsibilities between developed and developing countries, while also requiring full compliance with regulations by all ships irrespective of flag.

Energy efficiency & fuel oil consumption data collection
Energy-efficiency design standards for new ships and associated operational energy-efficiency measures for existing ships became mandatory in 2013 under a new Chapter 4 of MARPOL Annex VI. Draft amendments regarding Energy Efficiency Design Index (EEDI) requirements for ro-ro cargo and ro-ro passenger ships are up for adoption, and MEPC 72 will also receive a report on progress by the correspondence group on review of the EEDI beyond phase 2.

MARPOL amendments to make mandatory the data collection system for fuel oil consumption of ships entered into force on 1 March 2018, requiring data collection to start from calendar year 2019. MEPC 72 will be updated on the status of the development of the IMO Ship Fuel Oil Consumption Database which was launched in March 2018, and relevant matters concerning implementation of the requirement will be considered.

Other issues
As seen above, MEPC 72 has plenty of important issues to deal with on fuel. Another key issue for the meeting is implementation of the International Convention for the Control and Management of Ships’ Ballast Water and Sediments, 2004 (BWM Convention), which entered into force in September 2017.
MEPC 72 is expected to adopt amendments to the BWM Convention approved at MEPC 71 relating to the implementation of the treaty, in essence allowing the industry time to phase in the key requirements of the regulation.

There is no doubt the MEPC will be hard at work on getting through a packed agenda.

IBIA has consultative status at the IMO which allows us to submit proposals and participate in discussion at meetings alongside a number of shipping organisations and environmental NGOs.

Various factors will make it challenging to ensure the outcome of inspections are identical in every port.

‘We are confident that it is the right decision and one which best meets the needs of the shipping markets we serve.’