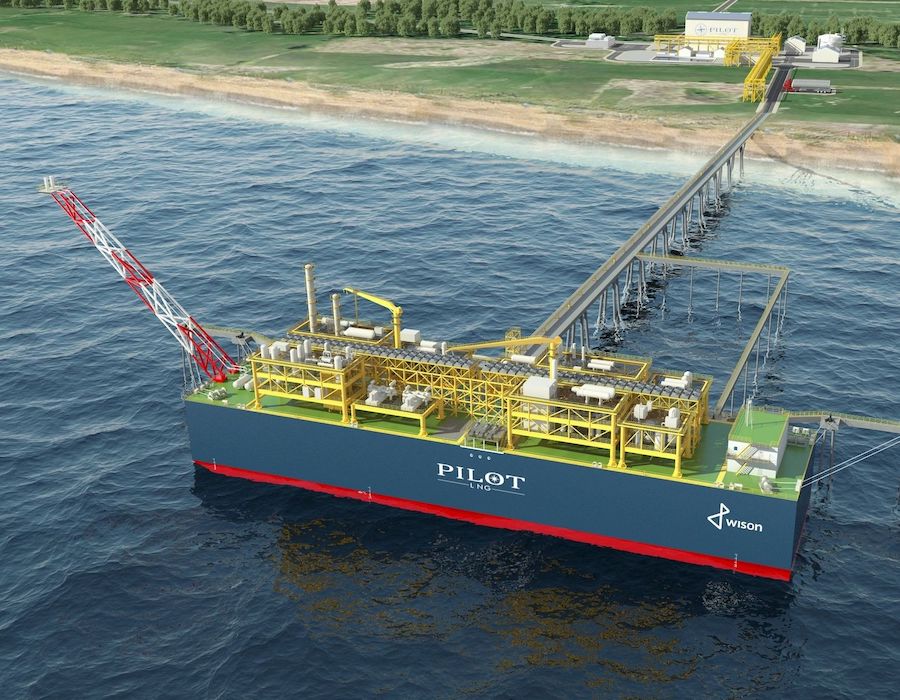 The company said it expects a final investment decision on the project in the second half of 2021 and operations starting in 2024.

The facility infrastructure will be designed around floating liquefaction (FLNG) technology to be engineered, and constructed by Pilot partner, Wison Offshore & Marine.

“Wison is pleased to be part of this breakthrough U.S. project by designing and building the liquefaction unit, that will supply LNG to the end-user market in the Galveston, Houston and Texas City port complex,” added Vivian Li, head of Wison Offshore & Marine in North America.

As international regulators tighten emissions standards, the maritime industry is increasingly turning towards LNG as the marine fuel of choice due to its significantly lower emissions profile and cost competitiveness; however, additional LNG bunkering infrastructure is needed before widespread adoption can occur, noted Pilot LNG.

Areas (ECAs) including US coastal waters and the Galveston Bay area, makes it substantially harder for traditional marine fuels to comply with regulations and more expensive for shippers to operate.

LNG when used as a marine fuel significantly reduces vessel emissions, including eliminating virtually all SOx emissions without the need for expensive scrubbers or other technologies and achieves approximately 80% – 90% NOx emission reductions compared to other marine fuels.

The Galveston Bay area, which encompasses the industrial Ports of Houston, Texas City and Galveston, is an ideal location to add LNG bunkering infrastructure with over 10,500 deep-water vessel visits in 2019, over 133,000 tug/tow movements on the Houston Ship Channel, and the nation’s fourth busiest cruise terminal.

In recent years, LNG as a marine fuel has experienced significant growth around the world, particularly in Europe and Asia; however, the US is only now starting to see widespread adoption, noted Pilot LNG.

New LNG bunkering infrastructure in the US is needed to facilitate the continued rapid global adoption of clean burning LNG marine fuel.