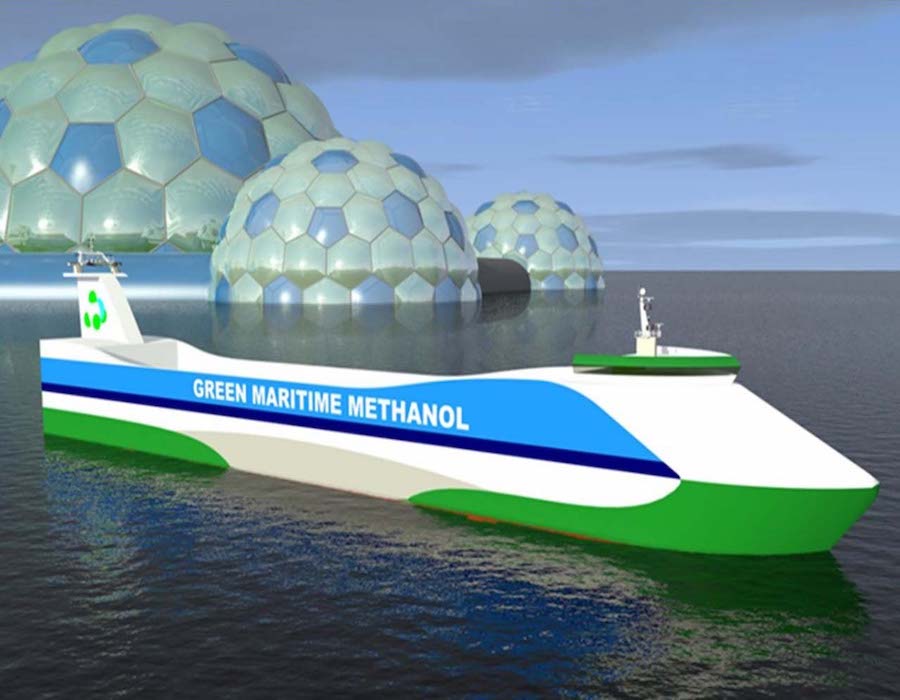 It also says new tests are being planned and two important new partners- Rijksrederij and Ghent University have joined the consortium recently.

With customised cylinder heads and a customised engine control management system the engine operated on 100% methanol as a fuel.

Green Maritime Methanol reports the tests were performed successfully and the test setup enables the researchers to study questions with regard to optimisation of ignition timing, lubricating requirements, emissions of e.g. CO2 and NOx.

In the coming months Pon Power and the Netherlands’ Defence Academy will continue to perform more engine tests on this Caterpillar 3508 engine.

The Netherlands’ Defence Academy (NLDA) is also preparing a test programme for their MAN engine (type4L20/27), says the consortium.

These tests include methanol injection directly in the cylinder blended with diesel which acts as pilot fuel for igniting the mixture.

The tests are planned to include both a mixture stabilised by an emulsifier and a mixture blended mechanically.

The behaviour of several diesel, methanol and emulsifier compositions are currently being studied in collaboration with TNO Eindhoven and the Netherlands’ Navy Chemical Laboratory in Den Helder, it says.

At a later stage, the consortium plans to test methanol intake via the air inlet and ignition using diesel directly injected into the cylinder, providing essential data for several future ship designs and propulsion trains on board.

The consortium says it has recently extended its membership with the addition of two leading organisations; Rijksrederij and Ghent University.

Rijksrederij is the Dutch governmental organisation responsible for the management, manning and maintenance of more than 100 specialised vessels.

The fleet provides e.g. services for Customs, Coast Guard, Fisheries Research and the Ministry of Infrastructure and Water Management.

University of Gent is one of the early movers in the research for methanol as a transport fuel for shipping.

To lower the threshold of adopting this technology, the converted engine could also maintain operations at 100% diesel capability.

The project is supported by “TKI Maritiem”, Dutch Ministry of Economic Affairs and Climate Policy, and runs until December 2020.

Guide outlines the procedures required for the trial and permanent use of biofuels, and the cautions and measures to be taken in their handling.

Group will jointly design a ship in a digital space together with ABS to conduct simulations of navigation that assumes meteorological conditions in actual seas.