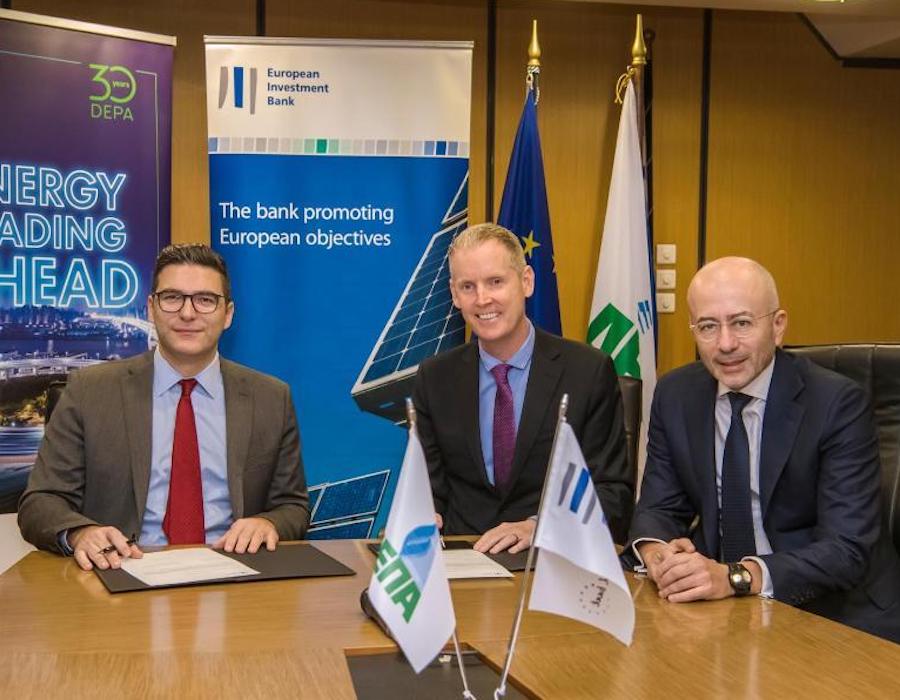 Public Gas Corporation of Greece SA (DEPA) and the European Investment Bank (EIB) on Tuesday (28 January) signed an agreement to finance with up to EUR 20 million the construction of a new liquefied natural gas (LNG) bunker vessel for maritime use in Greece.

With a capacity of 3,000 m3 of LNG, the vessel, which is the first of its kind in Greece and the Eastern Mediterranean, will be supplied with LNG at Revithoussa LNG terminal and will refuel ships both in Piraeus and other ports in Greece.

The agreement was signed by Konstantinos Xifaras, Chief Executive Officer of DEPA, and Andrew McDowell, EIB Vice-President, in the presence of the President of the Board of Directors of DEPA, Ioannis Papadopoulos.

“The new financing from the EIB, the largest investment arm of Europe, is yet one more vote of confidence to the growth prospects of the Greek economy and confirms the significant improvement of the investment climate,” said Depa President Ioannis Papadopoulos.

“It comes in support of a crucial investment in the area of natural gas, which is at the centre of global developments, and contributes to the transformation of Greece into a regional hub.”

Ioannis Papadopoulos highlights the financing agreement as a “green” investment towards the reduction of the country’s environmental footprint, in accordance with the ambitious targets set by the new National Plan for Energy and Climate.

“The loan is guaranteed by the European Fund for Strategic Investments (EFSI / Juncker Plan) and will cover 50% of the vessel’s construction cost. For the construction of the vessel DEPA has secured an additional amount of EUR 8.9 million from the European Union under the European Action entitled “BlueHUBS”, which is coordinated by DEPA and aims at expanding the use of LNG in maritime transport in the eastern Mediterranean,” he added.

“Through targeted investments, such as this one, as well as through multilevel international collaborations, DEPA supports the transition of both big ports and ships in the region to the LNG era, contributing to the protection of the environment and improving the competitiveness of Greek shipping and the ports of our country,” said DEPA CEO Konstantinos Xifaras.

Andrew McDowell concluded that the new EIB financed vessel will provide an alternative fuel for ships in the Aegean and Eastern Mediterranean.

Shanghai waste disposal ships to use LNG as fuel

The first of such vessels which ferry domestic waste was launch on 4 January, according to local media.

Future carbon-neutral marine fuels and the use of flexible engine power plants capable of utilising such fuels, will be central to this transition, says report.

Based on ClassNK’s examinations, the guide gathers requirements for surveys and additional equipment for the safe transfer of LNG, a cryogenic substance, between ships.