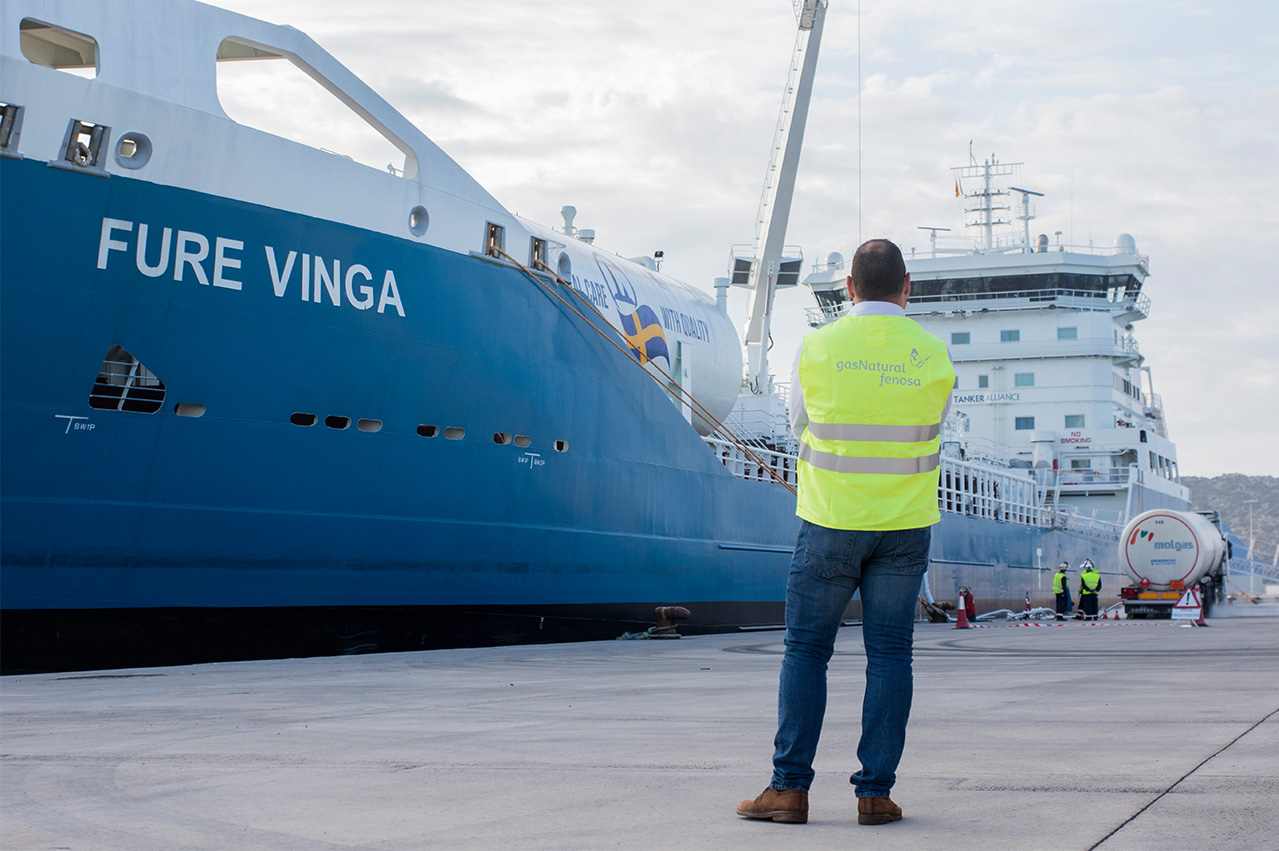 “We are pleased that the first LNG bunkering operation for the Fure Vinga in Europe was completed without problems, thanks to the cooperation of all the parties involved, including the ship's crew and port authorities, as well as the cooperation between GNF and Nauticor,” said Lars Höglund, CEO of Furetank.

“With this type of cooperation it is evident that the use of LNG as a maritime fuel is an economic solution, real and available to shipping companies, guaranteeing supply in ports of different geographical areas,” confirmed Joaquin Mendiluce, director of GAS Iberian Wholesale Marketing Natural Fenosa.

“Our experience in LNG has made it possible for this bunkering operation to be a success, showing the customer that the availability of LNG as maritime energy is improving every day,” said Mahinde Abeynaike, CEO of Nauticor.

The Swedish vessel Fure Vinga is the first of a series of six newly constructed chemical tankers owned and operated by Furetank. It is the second ship powered by LNG in the company's fleet, after the chemical tanker Fure West, which uses LNG as fuel since 2015.

Nauticor is already supplying the Fure West with LNG bunker fuel for Furetank in north-western Europe.

LNG bunkering was conducted safely and efficiently from a tank truck at the No. 5 quay of Shinko, Yokohama.

The harbour tug is slated to commence operations at the port of Singapore around mid-2019.