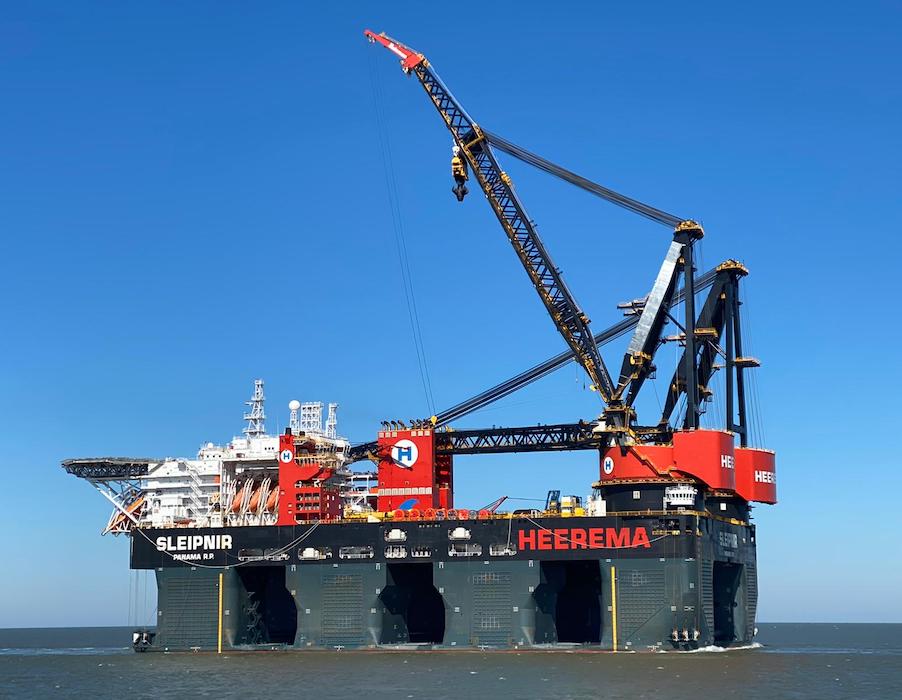 The bunkering operation took place in May at Åmøyfjorden, Norway, and was performed by Gasum’s LNG bunkering vessel Kairos.

“Our bunker vessel Kairos was the only vessel able to bunker Sleipnir in her current state. To reach the fuel tank we needed to lift the bunker hose more than 28 meters above sea level.”

Heerema’s Sleipnir performed decommissioning work at the Ekofisk platform in May to remove the retired platform.

Sleipnir will continue to operate on the Norwegian Continental Shelf for the next few months.

Built by Singapore’s Sembcorp Marine, the LNG-fuelled vessel’s two cranes can lift 10,000 tonnes each- making it suitable for the largest offshore construction jobs.

This would mark the first time a futures contract in China can be deliverable overseas, and would boost liquidity for the contracts, reports Reuters.