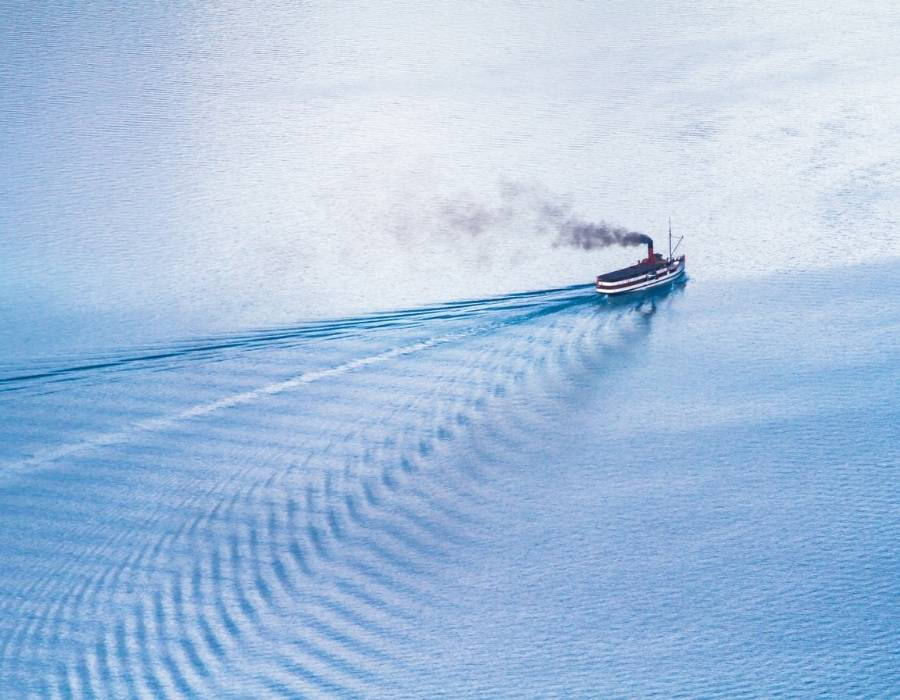 Norwegian maritime insurance company Gard on Tuesday (31 May) published an insight discussing interest in the expansion of existing emission trading schemes to also cover international shipping in the EU, China and Japan, as well as urging owners and charterers to think ahead before its implementation:

On a nation state level, governments can impose taxes on the sources of pollution at the point of production or sale, e.g. on petrol, with the aim that the taxes generated will cover the cost of dealing with the resulting pollution and incentivise reduced consumption. The difficulty in international shipping is that if just a few governments took this approach for bunker fuel, the buyers would likely adjust their arrangements so that they avoided bunkering at the taxed ports. For a sales tax on bunker fuel to be effective, governments of all the major bunkering ports around the world would need to coordinate and agree to tax bunker fuel in the same way. With such cooperation looking very unlikely in the near term, governments are now looking at imposing costs on emissions, rather that at the point of sale.

An emission trading scheme (ETS) is a tool that governments and regulators are expected to use increasingly often in the fight to reduce the pollution created by international shipping. The central idea behind an ETS is to have a market mechanism to ensure that “the polluter pays” – the payment being for the environmental and social cost of pollution, its clean up cost and potentially also research into technology that will reduce or remove it. Of course, increasing the cost of pollution also creates an incentive to create less of it.

For this reason there has been increasing interest in expanding existing ETS to include international shipping, including in the EU, China and Japan. The basic idea of an ETS is that a capped number of emission permits are bought and sold on the market, with emitters having to purchase and surrender enough allowances to cover their emissions. The price of the allowances will change over time to reflect the balance of supply and demand, and emitters then are incentivised to find the cheapest (ie. most efficient) ways to reduce emissions.

Launched in 2005, the EU’s ETS works as a “cap and trade” scheme where emitters of CO2 in certain sectors have to purchase allowances to cover their carbon emissions during the relevant trading period.

The number of allowances at any one time are fixed, but they reduce each year, so that emissions within the EU also fall.

How the scheme will be applied to shipping is still under discussion, but if current proposals are adopted, the key features will be:

Several parts of the scheme are still unclear, and questions have been raised about two particular areas relating to shipping. First, in the Special Rapporteur’s report of 24 January 2022, it says that where a ship is on charter and the owner is not responsible for purchasing fuel or making decisions about the vessel’s speed, cargo or route, then:

“… a binding clause should be included in such arrangements for the purpose of passing on the costs so that the entity that is ultimately responsible for the decisions affecting the CO2 emissions of the ship is held accountable for covering the compliance costs paid by the shipping company under this Directive.”

Whilst many vessel owners would support the motivation behind this, it is far from clear how EU law would impose such a clause in private contractual arrangements between parties that may not be based in EU states. What happens if the charterparty contains no such clause? Could the owners rely on EU law to seek recovery from the charterers in the EU even if there was no such clause in the charterparty? Might it result in some voyage-charterers being forced to pay for EU ETS allowances even though they did not supply the fuel?

A second area of discussion is how voyages into or out of the EU are to be determined, and if operators may seek to evade the full application of the EU ETS. For example, if a vessel calls at an intermediate port just outside of the EU shortly after leaving EU waters, that may result in the out-bound voyage being assessed as much shorter than one from/to the actual next load port. The change of routing may cause the operator extra costs, but the benefit of the avoided allowances could be greater, depending on the assumptions made. We would expect this issue to be covered by the scheme once implemented, but at the moment it is an area that needs more thought.

Operating vessels under an ETS is a completely new situation for vessel owners and time charterers, so the learning curve will be steep. The issues under each scheme may be different, but the following points are likely to be of general relevance, not just the EU scheme.

In the first instance, the practical steps needed to comply with ETS requirements are likely to fall on vessel owners. This will include (i) registration with the scheme, (ii) recording, documenting and submitting the vessel’s emissions data needed for compliance, and (iii) opening an account to receive, hold and surrender the necessary allowances. It may be that some of these tasks can be handled by a third party, such as a vessel manager or broker.

How a vessel owner and charterer share the costs of complying with an ETS, i.e. purchasing the allowances, is more open to negotiation. The general view seems to be that as ETS costs will be directly linked to the fuel used by the vessel, as between an owner and a charterer, whoever is responsible for the cost of the fuel should also cover the cost of ETS compliance, e.g. buying allowances. This seems logical as the cost of ETS allowances could be seen as just part of the fuel cost and may in fact be included in bunker prices if bunker sellers decide to sell fuel and allowances together.

BIMCO is in the process of drafting/finalising a clause for use in time charterparties, which is expected to be published soon. The arrangement is likely to be that the charterer is responsible for purchasing allowances to cover vessel’s actual emissions used in ETS areas while on hire. The clause will also have to cover other issues, such as sharing data to enable compliance with an ETS, reconciliation between the allowances and actual consumption at the end of a charter, and the owners’ rights if allowances are not surrendered on time.

Ideally, the clause published by BIMCO will be wide enough to apply to any scheme around the world, and to cover any greenhouse gas that may be subject to a scheme, not just carbon.

Under most time charterparties, the vessel owner does what they can to reduce their credit risk to the charterer – for example by requiring hire to paid in advance, and bunkers arranged and paid for by the charterer. One issue that some vessel owners may also wish to consider is if they want similar principles to apply for ETS allowances – e.g. to avoid allowances being transferred in arrears, and instead require the charterer to transfer enough allowances up front to cover the bunker fuel to be used under the ETS, to be topped up as/when the vessel receives new fuel. From a time charterer’s point of view, it may also be necessary to consider how the reconciliation and accounting will be carried out for emissions, which are arguably for owners’ account, such as during off-hire or deviation for owners’ purposes.

These issues are unlikely to be relevant in the context of voyage charters, where the owner will generally be responsible for supplying the fuel, and hence the cost of any allowances that arise from using it. Voyage charter owners will need to build something into their freight/demurrage rates for ETS costs. The costs of ETS allowances may be relevant under some consecutive voyage charterers if they have clauses to adjust freight rates depending on bunker prices – e.g. if bunkers are sold includes of allowance cost, or as allowance prices change.

What to do now?

The application of the EU ETS to shipping is still under discussion, and we may not know the final details for several months. Even so, where time charterparties are being concluded that will run into 2023, 2024 and beyond, it would be wise for the owners and charterers to think about how to deal with ETS issues. The BIMCO ETS clause will be helpful once it has been published, but it is of course open to parties to come to alternative arrangements. Please contact your defence case handler for further information or guidance.

Seka will continue to supply high-sulphur bunker fuel in Piraeus and Kali Limenes after 2020, says company.