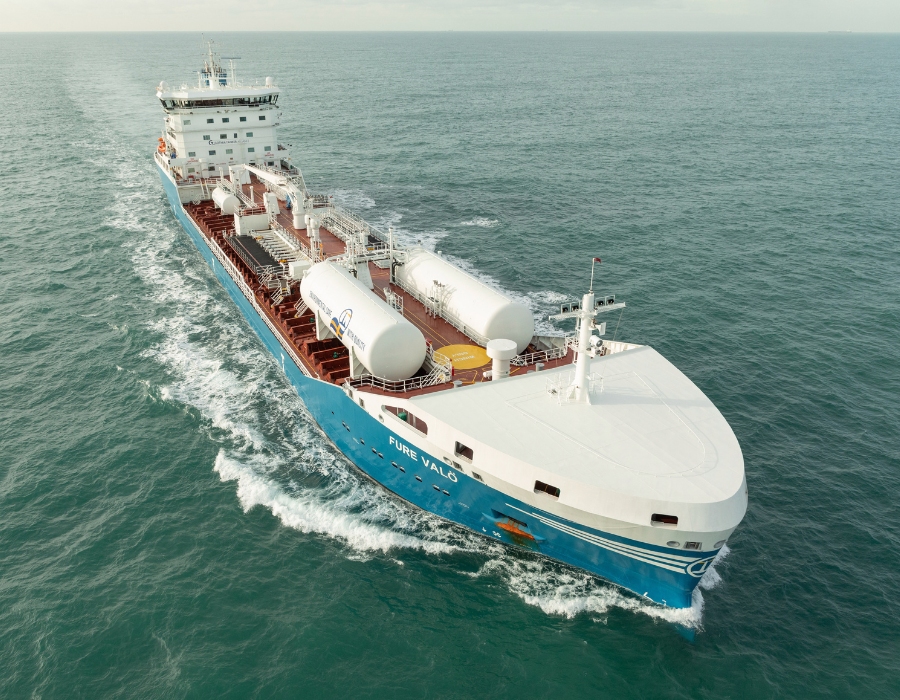 The dual-fuel tanker Fure Valö has performed the first voyage on a new Equinor fuel blend containing used cooking oil, according to Furetank on Friday (18 November).

Fure Valö has made a roundtrip from Mongstad in Norway to Reykjavik, Iceland on Equinor’s blend of 30% renewable fuel and 70% marine gasoil from the Mongstad refinery. The initial results were positive, as no adverse effects on performance or consumption were detected compared to conventional marine gasoil.

The renewable fuel component in the blend is biodiesel made from used cooking oil. It brings a certified reduction in greenhouse gas emissions of at least 87.5% versus its fossil fuel equivalent.

Equinor has chosen to perform the test in close cooperation with Furetank, considered to be a test partner with a proactive approach and strong level of commitment towards innovative solutions making the test possible.

The initial results demonstrate that renewable liquid fuels, blended in combination with refined products, can contribute to considerable emission reductions within commercial shipping.

“Acting as test pilots for this new lower-emission fuel is an important and honourable mission for us,” said Furetank CEO Lars Höglund.

“Even if we primarily run our dual-fuel vessels on LNG/LBG or gasoil today, they are designed to be flexible, future-proof and easily converted to run on any fuel that will prove to be the right choice for the future.”

All vessels in the Furetank Vinga series have dual-fuel capacity. They are equipped with strongly insulated stainless steel fuel tanks on deck, designed to contain pressurised, liquefied gas. These high-performance tanks could also store for example ammonia or hydrogen, often mentioned as the sustainable fuels of the future. Most likely, switching fuels only demands a slight conversion of the ship engines.

Testing of the new fuel on Fure Valö will continue during five to six roundtrips between Mongstad and Iceland to prove performance in the harsh weather-exposed trade on the North Atlantic.

Vessel will have a capacity of 12,500m3 for bunkering alternative fuels - LNG and BioLNG - and will be put into operation for use by shippers from June 2025.