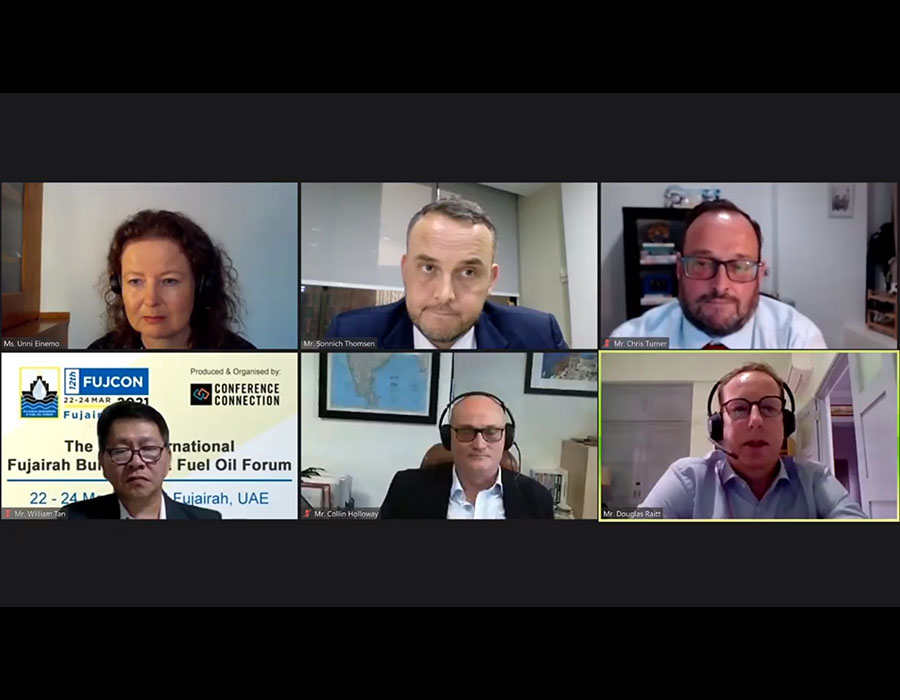 “There’s a lot of noise engine issues caused by quality, but the same fuel can demonstrably be burnt without issues. Why do certain ships have issues while others don’t?” He asks.

William Tan, Senior Vice President and Principal Consultant of Singapore-based marine fuels consultancy Miyabi Industries, said he has seen this question asked by several in his line of work.

“The same batch of fuel has been supplied to 50 vessels but only one or two ships experience problems. In reality, it is more complex than just the fuel quality itself,” Tan points out.

“What was the existing condition of the ship? Was it about to enter a major overhaul?  Or perhaps, are the engine purifiers working properly in the first place?”

He used the example of aluminium and silicon (cat fines) which has been subjected to a stricter limit of 60 ppm since ISO 8217:2012 (from the limit of 80ppm within the older ISO 8217:2005) to show why some fuels can still be safely consumed by vessels.

“I have some ship owners who complain when they detect 65 ppm of cat fines and they wanted to debunker,” he notes.

“During these situations, I will like to remind them that just a couple of years back we were running at 80 ppm limit without issues.

“Apart from the quality of fuels, it’s probably a little bit from the shipping market position at that time as well as how they manage the ships and treat the fuels.”

“There are on-spec bunker fuels that can damage engines and there are off-spec fuels that do not, and there are so many variables in between from the point of the vessel’s bunker manifold where risk is transferred in 99% of all bunker contracts,” he notes.

“You have to go into serious amounts of detective work with each and every case in order to try and ascertain whether it is the fuel, and whether it is not.

“So as mentioned [by Tan] cat fines is a great example; it could be off-spec and may well not cause a problem, but yet you could have a fuel with on-spec cat fines and because the fuel purifiers are not working correctly they could damage the engine.”

Sonnich Thomsen, Managing Director of Bunkers at Singapore-based energy trading company Sing Fuels, says the company sees both sides of the picture between shipowners and bunker suppliers due to its position as a trading entity.

“We always try to take as many precautions as we can and when possible encourage pretesting in ports where we don’t feel comfortable that the quality may be up to the par that we hope for and we are always looking at historic performances, etc, of the fuel supplier,” he said.

The discussion on vessel operations amidst varied bunker fuel quality could, perhaps, be best rounded off by Raitt’s observations of how the shipping industry adapted to the use of Very Low Sulphur Fuel Oil (VLSFOs) due to IMO 2020.

“I remember in 2019 everybody was crying foul and saying it’s going to be an absolute disaster. But in hindsight, IMO 2020 turned out to be a storm in a teacup,” he shared.

“Actually, the amount of fuel quality related issues was actually lesser in 2020 than it was in 2019.”

“I think one thing must not be forgotten. A lot of fuel related problems that were reported were not necessarily because of fuel quality related issues but more in the lack of understanding of the nature of the beast of such high waxy fuels that need heating adequately at the right temperature to keep waxes in suspension to ensure the filters don’t block,” he said.

“So, I think a lack of sophistication and knowledge and to an extent under estimating the complexity of using such fuels was a little bit lacking in the beginning.

“But I’m very happy to suggest that, over time, even that has improved. Ship operators are now well aware of how to use paraffinic VLSFO with higher wax content.

“I’m quite happy and I’m actually quite intrigued and fascinated by the fact that as time progresses, the industry is actually doing much better with regard to fuels, being; Buying it, selling it, or using it.”

A series of FUJCON 2021 interviews and event coverage written by Manifold Times can be found below: