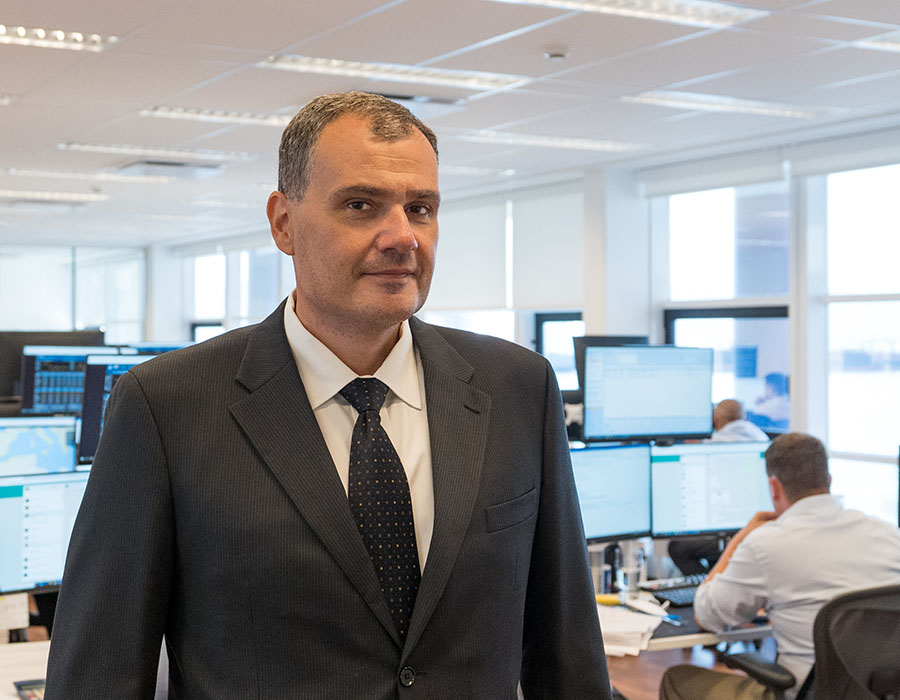 Alex Lyra, who has been at Peninsula for over 10 years, says the company is planning to boost strategic activity in Asia.

“Though our physical operations are mainly focussed on the West, our customer bunkering patterns seem to be slightly leaning towards Asia,” explained Lyra.

“We already have a strong Singapore sales office to represent us in the region and being here in the republic seems like the obvious choice considering both the financial and skilled human resources available.”

Lyra was quick to share Peninsula’s growth in Asia comes not only from the traditional sales & supply side, but also from a variety of other stakeholders as well.

“Our banking, for example, is coming increasingly from Asian banks and we are also seeing an increase in appetite from other regional financial entities to partner up with us,” he shares.

“We are engaged in a shipbuilding programme in China and are working with various insurance companies within the region.

“These will be the kind of activities I will be focussing on; in addition to Peninsula’s traditional supply & trading operations.

“Relocating to Singapore for me is a great opportunity to really help drive and implement future developments which will further expand Peninsula’s footprint within the Asian region.”

According to Lyra, Peninsula currently delivers total marine fuel sales of about 15 million metric tonnes (mt) per year and is amongst the biggest physical bunker players in the marine fuels sector. Sales are distributed across its international network from the Americas, to the European region to Asia and split between physical sales and reselling.

Peninsula currently operates around 40 bunker barges; though most of the company’s physical assets are located in the West, it is considering introducing its latest bunker tanker newbuild to the Asian market.

“We placed an order for three 8,000 dwt bunker barges at a Chinese shipyard with the first newbuild being used to support our Gibraltar Straits operations in early 2020,” he says.

“We are expecting delivery of the second vessel within the next three to four months [between August to September 2021] and hopefully utilise her in Asia. The third vessel will be ready around December this year.”

In addition to the construction of traditional bunker supply vessels and as part of the company’s recently announced strategic business strategy, Lyra confirms: “Peninsula is in the process of negotiating additional ship orders and is also reviewing further investments in the LNG area.”

“We are also actively monitoring other green fuel developments.  Peninsula’s pledge is to keep energy flowing to our customers and we are fully focused on this task.”

Maritec received feedback from two vessels that had used these fuels indicating issues such as excessive wear of fuel pump plungers, barrels, and fuel injectors.