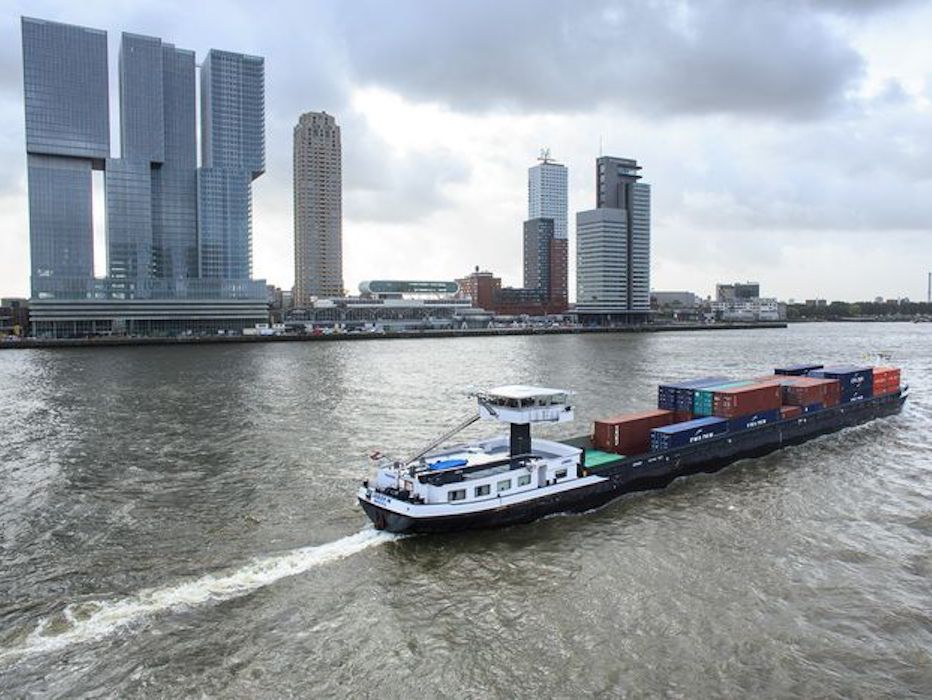 The application was jointly submitted by the Province of Zuid-Holland, the German federal state of North Rhine-Westphalia, the ports of Rotterdam and Duisburg and RheinCargo.

The partners will also be contributing EUR 500,000 to the research budget, it said.

The target is to have at least 10 vessels running on hydrogen along the Rhine-Alpine Corridor – the main freight route between the port of Rotterdam and Cologne – by 2024, and this requires three hydrogen refuelling stations along the way.

In the years following, the number of stations will be expanded so that hydrogen-powered freight vessels can continue to Genoa, added the port authority.

To facilitate the use of hydrogen as a transport fuel, twenty parties – from both the public and private sectors – have joined forces in the RH2INE (Rhine Hydrogen Integration Network of Excellence) alliance.

The European grant will be used to fund research into which hydrogen refuelling stations are best suited for this purpose, hydrogen technology and which legislation will be required in the various countries and locations to allow inland vessels to switch to hydrogen.

The network members also intend to learn from each other via RH2INE by exchanging knowledge regarding the use of hydrogen in inland shipping.

As far as the European Commission is concerned, the RH2INE aligns seamlessly with Brussels’ sustainability targets in its search for alternative fuels and opportunities to raise sustainability after the Covid crisis.

“Hydrogen is an inextricable part of the future economy and is one of the key solutions for the cleaner transport of heavy cargo across longer distances,” said Floor Vermeulen, the Member of the Provincial Executive of Zuid-Holland responsible for traffic and transport.

“I see this grant as an incentive through which the EU confirms that we are on the right track. Furthermore, it connects with Zuid-Holland’s ambition to achieve a better balance between transport and a pleasant social environment.”

“We are delighted with the EU’s positive decision with regard to the cross-border promotion of hydrogen technology,” added Andres Pinkwart, North Rhine-Westphalia’s Minister of Innovation and Energy.

“This confirms that with our RH2INE-programme, we have taken new steps forward, towards more climate-friendly freight transport.”