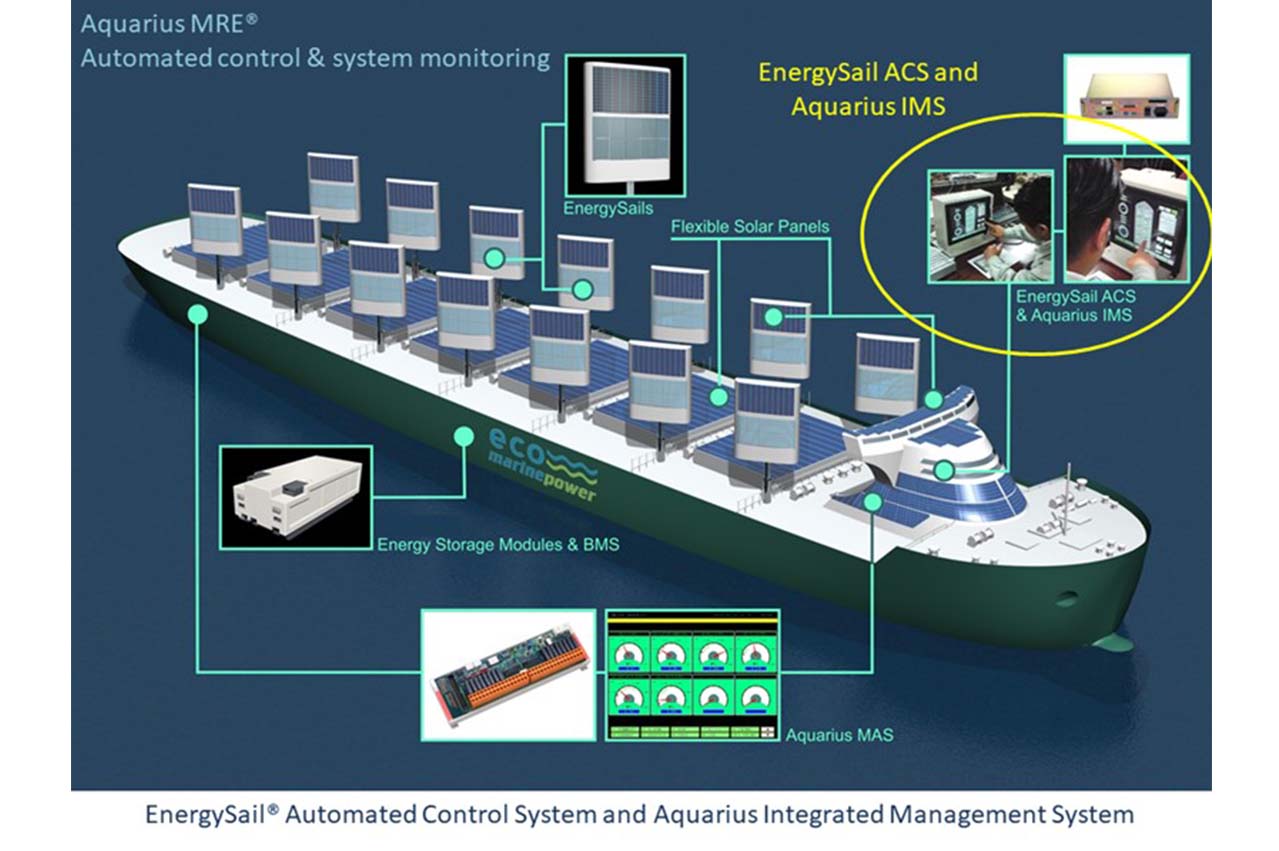 The new systems will enable EMP's technologies to integrate with existing ship-based systems for facilitating a seamless operation between EMP's renewable energy platforms with other equipment on ships including fuel flow meters.

Three marine computer systems jointly developed with KEI System Ltd will be integrated to provide a robust, reliable and easy to operate control and monitoring platform for all elements of Aquarius Marine Renewable Energy (MRE).

A major focus of the system development has been related to the intelligent control of the EnergySail's either when used individually or part of an array. Fine tuning of the control algorithms is ongoing and this work encompasses elements of robotics engineering, computational fluid dynamics (CFD) and artificial intelligence (AI). This methodology is a key component of EMP's intellectual property (IP) strategy.

Effectively, the EnergySail ACS is used for automated control of the EnergySail either as stand-alone units or as part of an array. Aquarius MAS manages EMP's ship solar power system including monitoring the charge controllers and hybrid battery packs.

Overall, the Aquarius IMS is the central interface and control platform for both the Aquarius MAS and EnergySail ACS. The overall system architecture also includes redundancy and the ability to monitor equipment on tablet computers via on-board WiFi links. Operational and performance data is also displayed and logged in real time including fuel consumption, calculated CO2, NOX, SOX emissions, ship speed and location, solar power output plus the status of the EnergySail's. This data can easily be sent back to an onshore support or technical office for further analysis.

In addition to being incorporated as part of a complete Aquarius MRE solution, each of the marine computer systems has other applications as well. For example, the Aquarius MAS can be configured as a compact version and used to monitor fuel consumption and emissions or installed as part of an Aquarius Marine Solar Power package.

A Reinplus Vanwoerden bunker barge delivered bunkers to a Samskip vessel in Rotterdam.