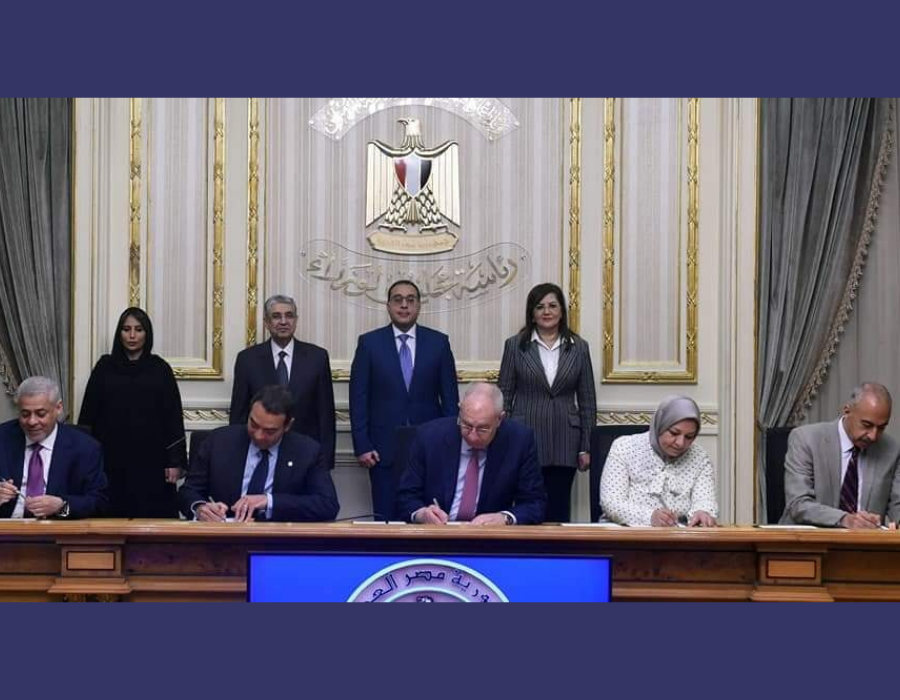 The General Authority of Suez Canal Economic Zone (SCZone) on Wednesday (20 April) said it has signed  a memorandum of understanding (MOU) with the Sovereign Fund of Egypt, the Egyptian Electricity Transmission Company, the Authority of New and Renewable Energy, and EDF Renewables and Zero-Weste Egypt Alliance.

The aim of the MOU is to establish, amongst others, a project to produce green fuel and green ammonia in Sokhna, Egypt for the shipping sector.

“Signing the memorandum of understanding with the French company EDF Renewables and Zero-Weste Egypt Alliance aims to establish a project to produce 350,000 tons of green fuel annually in the Sokhna area through two phases, with investments of $3 billion,” said Chairman of SCZone, Eng. Yehia Zaki.

“The work will begin in the first phase with a production capacity of 140,000 tons for ship bunkering purposes. The commercial operation will take place in the first quarter of 2026”.

The French company EDF Renewables is a subsidiary of the EDF Group owned by the French government 84%. It is one of the world’s leading companies in the field of renewable energy, as it develops, builds, and operates clean energy plants in more than 22 countries based on wind and solar energy.

Another MOU was also signed the same day between the Egyptian government parties and AMEA Power UAE, which is affiliated with Al Nowais Group, with the same aim.

The Emirati Al Nowais Group is an investment company that undertakes work on mega projects and implements them according to sustainable development plans, especially projects related to the energy and infrastructure sectors.

“The second memorandum of understanding with EMEA Power, a subsidiary of the Emirati Al Nowais Group, aims to produce green ammonia and hydrogen in Sokhna, with a production capacity of 240,000 tons annually in the first phase of the project,” said Yehia Zaki.

“The Egyptian state, under the leadership of President Abdel Fattah El-Sisi, is keen to sign more projects that support the transition to a green economy,” said Egyptian prime minister, Dr. Mostafa Madbould, who witnessed both MOU signing ceremonies.

“The signing with EDF Renewables and Zero-Weste Egy Alliance, and AMEA Power UAE is a part of several partnerships undertaken by the Egyptian state in this framework. Every effort in this regard is consistent with Egypt’s enormous capabilities to produce green hydrogen and green ammonia.”

SCZone earlier signed another MOU with Maersk to establish a project for providing clean energy and green fuels to achieve zero carbon emissions in shipping, as Maersk is equipping 12 ships to work with green hydrogen.

Vitol Bunkers customers will be offered opportunity to cancel emissions associated with any given cargo through the overlay of Verified Emissions Reductions.

Fuel was taken on board “Kitty Petra” at Ramsgate in Kent; vessel sailed without any negative observations up to Great Yarmouth in Norfolk.

All harbour craft will operate on low-carbon energy solutions by 2030 and full electric propulsion and net zero fuels by 2050, says the port authority.