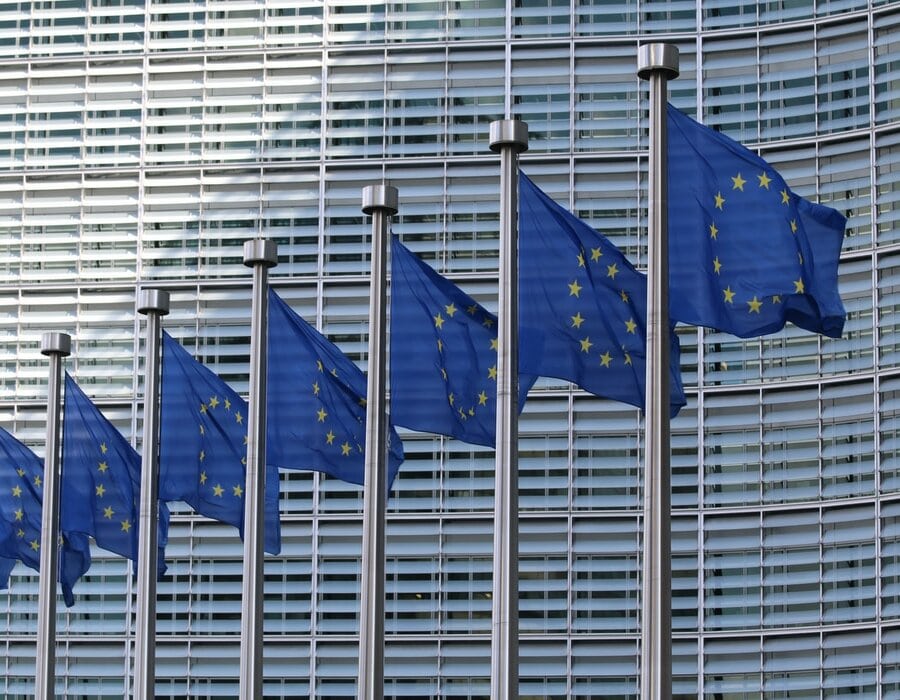 The European Community Shipowners’ Association (ECSA) on Wednesday (14 July) said it has ‘Fit for 55’ climate recognising that the climate crisis is one of the greatest humanitarian, economic and environmental challenges our societies are facing.

The European Community Shipowners’ Association (ECSA) on Wednesday (14 July) said the ‘Fit for 55’ climate package published by the European Commission recognises the climate crisis is one of the greatest humanitarian, economic and environmental challenges societies are facing.

However, European shipowners notice a lack of consistency among some of the proposals of the package which may undermine its environmental objectives and therefore urge for more consistency

“Even though we would have preferred an international solution for shipping, we welcome the increased climate ambition of the EU and we recognise that shipping should contribute its fair share to address the climate crisis, at EU level as well” says Claes Berglund, ECSA’s President.

ECSA advocates for a dedicated fund to be set up under the EU ETS to stabilise the carbon price, which is especially important for the many small and medium sized shipowners.

“It is of utmost importance that the revenues from ETS are used to support the decarbonisation of shipping and not added to Member States’ general budgets,” adds Berglund.

“A sector-specific fund has already received significant support from the European Parliament, NGOs and industry stakeholders and we sincerely hope that the Member States will take this strong signal into consideration going forward.”

“The new Directive must also ensure that all supply chain stakeholders including the commercial operators have the proper incentives to make climate-conscious decisions.”

ECSA supports a phase-in period under which an increasing percentage of the emissions of the sector is subject to the ETS. However, it is important that sufficient time is provided for the gradual inclusion of the sector’s emissions in order to create investment signals and to identify potential errors in the system design.

European shipowners welcome the objective of the FuelEU Maritime initiative to foster the market uptake of cleaner fuels that are currently not commercially available. However, the proposal does not seem to be consistent either with other proposals of the ‘Fit for 55’ climate package or with the overall increased climate ambition.

“Incentivising the uptake of biofuel blends purchased outside the EU could create an enforcement minefield putting at risk the achievement of emissions reductions. While it is of outmost importance that flexibility is safeguarded, the introduction of double counting or double requirements must be avoided. Τhe principal obligation for compliance with any new standards should rest with the EU fuel suppliers” said Martin Dorsman, ECSA’s Secretary General.

European shipowners also point out that a financial penalty on ships when the infrastructure for Onshore Power Supply (OPS) is not available in a port, penalises the wrong entity. “At the very least, ships must be exempt from the OPS requirement, when the port infrastructure is not available or not compatible with ships’ equipment,” concluded Martin Dorsman.

On the Energy Tax Directive, removing the current tax exemption for bunker fuel is not a consistent way forward. ECSA will work closely with the MEPs and the Member States so that the Directive exempts all sources of energy delivered to ships from taxation as the international nature of shipping creates difficulties to enforce a tax on any energy source.

ECSA will analyse thoroughly the proposals of the ‘Fit for 55’ climate package and is looking forward to a close dialogue with EU policymakers to ensure that climate ambitions are met and that the competitiveness of  European shipping is safeguarded.

Emissions are projected to increase by up to 50% until 2050, relative to 2018, despite efficiency gains as transport demand is expected to continue to grow, states study.