DSME also announced that it held a simultaneous naming ceremony on 13 October for both VLCCs.

DSME and POSCO have jointly developed the tank manufacturing technology for 10 years, from pretreatment to welding to use high manganese steel to build an LNG fuel tank. 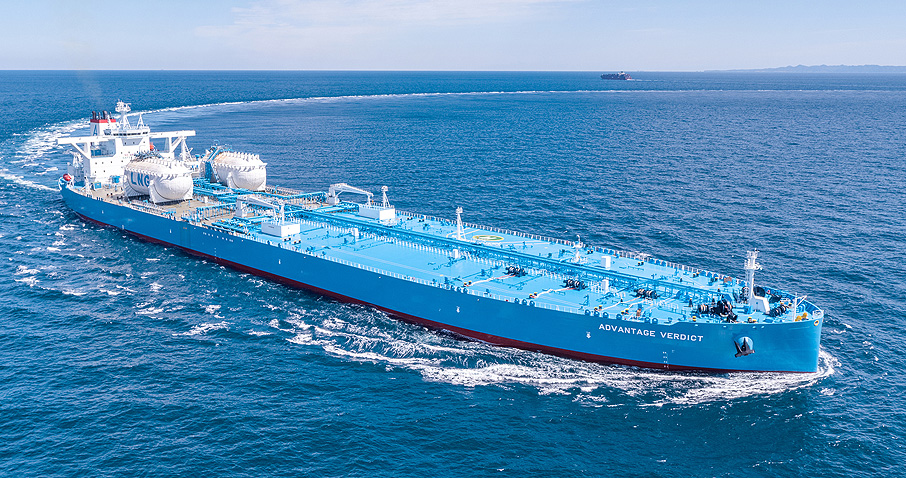 Until now, materials such as Invar (nickel alloy steel), aluminum, and stainless steel have been used for cargo holds and fuel tanks that can withstand the cryogenic temperature of minus 163°C.

However, they had disadvantages such as high price, difficult work process, and low strength.

“The high manganese steel LNG fuel tank overcomes all these shortcomings. High manganese steel, a new material, is attracting attention as a next-generation material for LNG cargo holds because its price is lower than that of existing materials, and it has high strength and abrasion resistance as well as performance at cryogenic temperatures,” the company elaborated.

Daewoo Shipbuilding & Marine Engineering President Park Doo-seon, who attended the naming ceremony, said: “We have proven once again the competitiveness of DSME’s eco-friendly shipbuilding technology by building the world’s first dual-fuel VLCC equipped with an LNG fuel tank made of high manganese steel.”

“We will do our best to secure overwhelming technology through development.”

Named Sakura Leader, the vessel was ordered by Shin-Kurushima Dock Co and is already engaged for service, including vehicles for Toyota Motor Corporation.

A VIB, which contains an electrolyte made from a mixture of water and ground vanadium, is fundamentally free from the risk of explosion or fire.