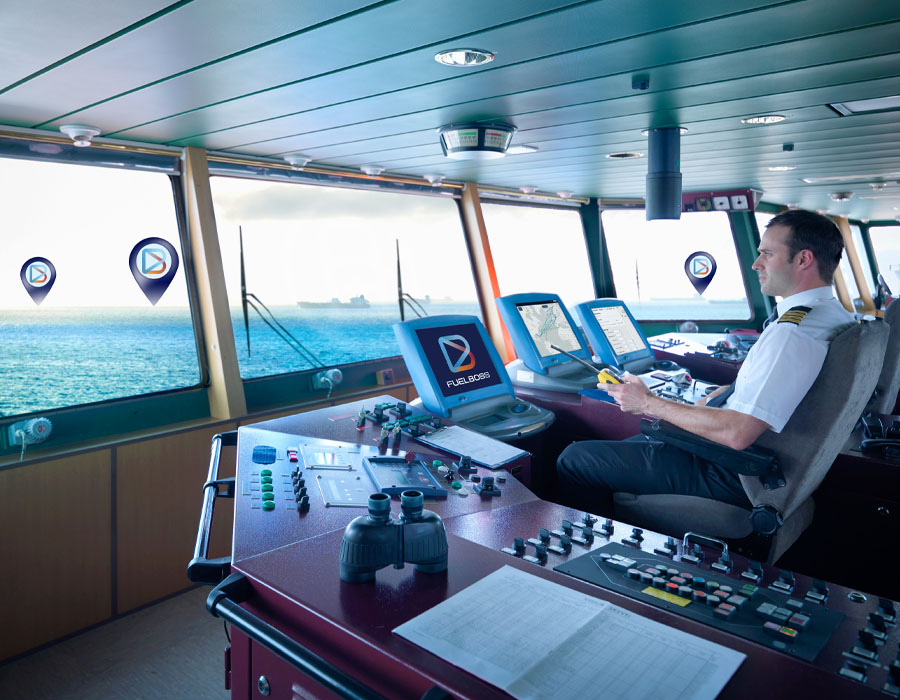 With these in mind DNV and Pavilion Energy have joined forces to enhance FuelBoss, a fit-for- purpose LNG bunkering digital solution originally developed by DNV, for deployment in the Port of Singapore.

A rundown on FuelBoss

First launched as a pilot phase in May 2020, FuelBoss progressed to oversee commercial operations from early 2021 as a means to accelerate the uptake of LNG as a bunker fuel in shipping.

In short, the single platform enables shipowners and operators to:

“Buyers can nominate deliveries on the platform and plan operations together with their suppliers. Throughout this planning phase, the concept of ‘one single truth’ is key: all relevant players are aware of what has been agreed, when and by whom, significantly reducing the risk of error,” highlights Ryste.

All safety checklists and documents are filled in and exchanged digitally – including the eBDN – during actual bunkering operations with FuelBoss.

“Experience in Europe has shown this can easily save 30 minutes onboard the vessels for a typical routine bunkering operation,” Ryste elaborates.

“Streamlined processes and reuse of data for automated reporting and archiving purposes also saves valuable time for onshore staff. Full value is realised for suppliers who integrate their ERP systems with FuelBoss APIs automating the inquiry to invoice process.”

The perks don’t stop there.

DNV has big plans in its pipeline to roll out features to simplify LNG marine fuel procurement. Buyers will soon be able to easily identify relevant suppliers through the platform’s global LNG bunker availability map while reaching out with enquiries, Ryste reveals.

“We are proud to currently have more than 20 active buyers on the platform. We have already digitalised more than 700 operations and even facilitated spot bunker deals of LNG bunker fuel,” notes Ryste.

“Together with Pavilion Energy, we will now adapt and roll out FuelBoss in Singapore expecting significant further growth in the largest bunkering market of the world.”

“We needed a reliable partner to develop a trustworthy platform for all to enable seamless data integration with minimum human intervention to improve transparency, efficiency and data integrity.”

Pavilion Energy has found DNV to be a like-minded partner in steering digitalisation efforts for the LNG bunkering industry.

However, he was quick to point out the need for active participation by various stakeholders (including LNG bunker buyers and suppliers) for feasible solutions to ensure success of the joint digitalisation effort.

“There is a need to demonstrate and convince stakeholders that proper change management and implementation has to be in place when switching from conventional to new ways of doing things. Ultimately, they need to be able to see the benefits these changes will bring,” he points out.

With transparency being an utmost priority to address in the bunkering sector, Lu believes FuelBoss can serve as an independent platform interfacing with in-house systems of both LNG bunker buyers and sellers.

With that in mind, the digital platform will improve transparency, consistency, efficiency and accuracy needed for bunker scheduling, nominations, quantity as well as quality actualisations.

“To illustrate an example – without the systems ‘talking to each other’, all actualisation data for product quantity and quality related to certain deliveries will have to be collected from the bunker barge and then consolidated and set into certain formats such as BDNs before being sent to the buyer for validation and payment,” shows Lu.

“With the FuelBoss system interface, the buyer can simply read delivery data on a real time basis and receive the BDN with all necessary information embedded immediately after an operation is done.”

While MFM bunkering technology has been used for the custody transfer of traditional bunker fuels at Singapore, the LNG marine refuelling sector has its own equivalent – namely Custody Transfer Measurement Systems (CTMS) – which will be integrated with FuelBoss by early 2023.

“We have been preparing to connect such systems to FuelBoss for a long time, and the development comes as part of efforts to support Singapore’s plans to fully automate the reporting of bunkering operations to the Maritime and Port Authority of Singapore (MPA),” notes Ryste, adding Pavilion will be the first in the market to do so.

The Maritime Singapore Decarbonisation Blueprint: Working Towards 2050 document published by MPA highlights LNG as amongst key interim/transitional fuels used during the near term.

Due to the initial lack of LNG bunkering vessels at the republic during the transition phase, Ryste expects FuelBoss to play a key role of maximising delivery capacity through efficiently scheduling LNG bunkering operations.

A similar concept will also apply to methanol and ammonia in time, when they scale globally to serve a fleet of international vessels on the spot market.

As such, future marine fuels will result in the growth of FuelBoss to come in “two-folds” when the platform expands its product portfolio, he forecasts.

“The first fold comes through buyers and suppliers digitalising their bunker operations resulting in a continuous increase of FuelBoss’ market share in the LNG bunkering space,” Ryste shares.

“The second fold will come when we expand beyond LNG to serve other fuel markets as well.”

FuelBoss in a world of growing LNG-fuelled newbuildings

Insights from DNV’s Alternative Fuels Insight (AFI) platform, meanwhile, have shown the number of LNG- fuelled vessels on order increasing “spectacularly” over the past 12 months-period, says Ryste’s colleague Martin Wold who points out there are already 857 vessels (either in operation or on order) capable of running on LNG as of 1 December 2022.

“By the time gas becomes competitive the LNG bunker market will come back with a boom. It is very clear from the orderbooks LNG demand will then have outrun supply and there will not be sufficient bunker vessel capacity to bunker everyone,” he predicts.

“Here, suppliers who have digitalised and automated their work processes will stand to make the most of the situation. In this scenario, FuelBoss will be able to help suppliers reduce bunker times to increase their delivery capacity and revenue.”

Importantly, the benefit for bunker buyers will be timely access to competitively priced LNG fuel when using FuelBoss.

“We estimate consistent use of FuelBoss across the industry will unlock increased supply capacity equivalent to two extra LNG bunker vessels, compared to the fleet of 50 LNG bunker vessels in operation and on order for 2025, based on increased operational efficiency alone,” Wold calculates.

“The value and savings which can be realised from such standardised industry collaboration over independent platform operations are remarkable and it is exciting to see how close we are to realising this.”

Singapore is no stranger to green growth with its quest for being a front runner in encouraging sustainability practices within the port and shipping sectors. These include future marine fuels, maritime decarbonisation and digitalisation.

Following this, MPA has published the Maritime Singapore Decarbonisation Blueprint: Working Towards 2050, setting clear goals and strategies for the republic and its industry partners.

Digitalisation is not far behind as well with it being a key element in the maritime industry’s path to decarbonisation.

The presence of FuelBoss in Singapore is, perhaps, given the biggest nod with MPA welcoming solutions provided by the digital platform.

Capt. M. Segar, Assistant Chief Executive (Operations) of MPA, states: “As the world’s leading and trusted bunkering hub, we welcome Pavilion Energy and DNV’s efforts to develop digital solutions for LNG bunkering to further increase the transparency and efficiency of bunkering operations and provide better assurance to LNG bunker buyers and suppliers in the Port of Singapore.”

DNV GL opens ‘first of its kind’ LNG testing facility with capacity in Groningen, the Netherlands.

‘Vindication, then, for those owners who moved early in favour of marine gas scrubbers,’ says manufacturer.

Bunker tanker “MT ALPHA” equipped with a 1,000 m3 per hour pump will be used to deliver VLSFO, MGO and HSFO to receiving vessels at the maritime facility.

LR, NACKS and Hudong Heavy Machinery have held risk assessment discussions for the ammonia-fuelled container ship design since the start of 2021.