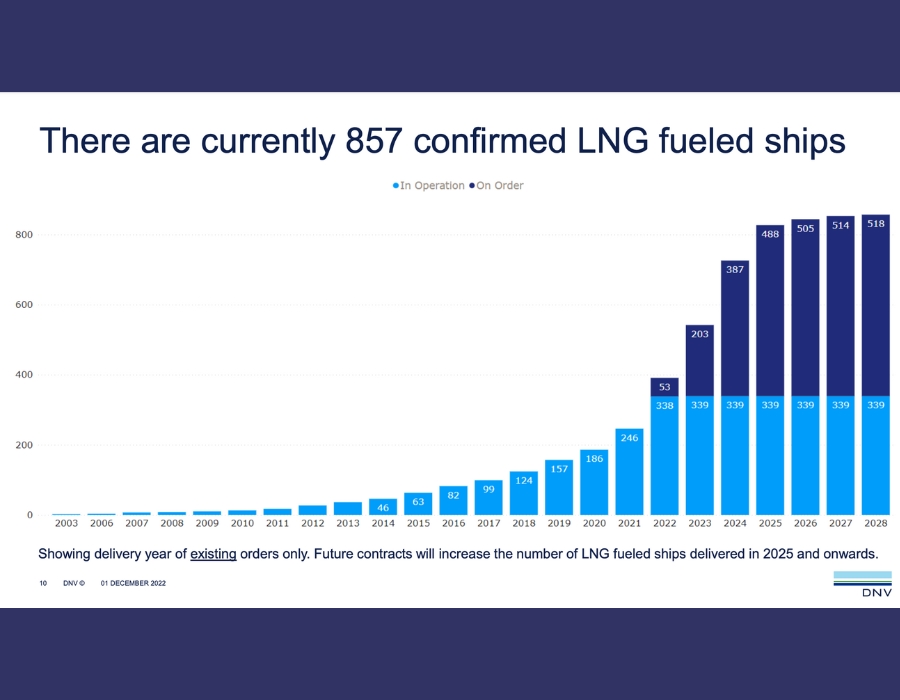 According to the latest figures from DNV’s AFI platform, container vessels and car carriers constituted nearly two thirds of the orders.

Total order figure for LNG fuelled ships for the year to date has now reached 203, while methanol orders have reached 35. Commenting on the figures, Martin Wold, Principal Consultant in DNV’s Maritime Advisory business, said: “With the preliminary agreement at the EU last week that shipping will be included in EU ETS starting from 2024, all low-carbon options now makes even more sense. Methane emissions will also be included, so methane slip from engines will come under even greater scrutiny.”

Elaborating more in a social media post, Wold said: “We also counted two more #methanol fuelled orders in November. It is easy to mix up the ‘ready’, ‘prepared’, ‘capable’ and ‘fuelled’ solutions these days, and so do we from time to time.”

“Having to relabel some previously added methanol fuelled ships to “methanol ready” results in a net negative for our methanol count last month. Great to see the first methanol bunker barge confirmed!”