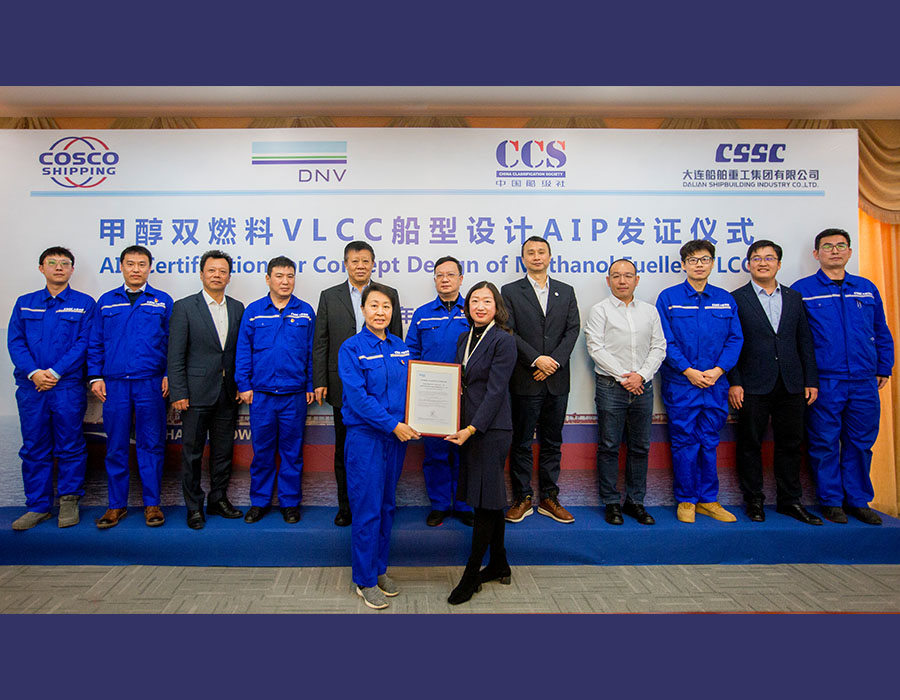 Developed by DSIC for CSET, it is the first methanol-fuelled VLCC design from China. DNV has drawn on global resources, extensive knowledge, and expertise for the project to assure the design complies with the latest regulations and DNV’s class notation “LFL fuelled”.

“I would like to congratulate DSIC and CSET for this important step towards their decarbonization transformation,” said DNV’s Maritime Regional Manager for Greater China, Norbert Kray.

“We are grateful to be part of this process and will support our customers with our leading competence in methanol as ship fuel to help get these vessels afloat in a safe and sustainable manner.”

According to DNV, methanol has attracted interest from the shipping industry as an alternative, low-carbon fuel because it is possible to produce it from renewable feedstocks such as municipal and industrial waste, bioenergy, and from CO2 and hydrogen. Methanol technologies are readily available and have already seen first commercial use.

Based on the latest generation of VLCCs at DSIC, the design factors in the following targets: using methanol as the main fuel for a full range of cruising; maintaining cargo capacity to the owner’s expectation; establishing redundancy for methanol tanks and fuel supply systems.

This project reflects the determination of DSIC and CSET to proactively implement China’s policy of “realizing carbon peak by 2030 and carbon neutrality by 2060” and the IMO’s GHG strategy 2050. GCMD in January awarded its ammonia bunkering safety study to a DNV-led consortium, with Surbana Jurong and the Singapore Maritime Academy as partners.

IMOIIMeMAX methanol-ready 49,900 dwt vessels will each utilise an estimated 12,500 mt/year of methanol.