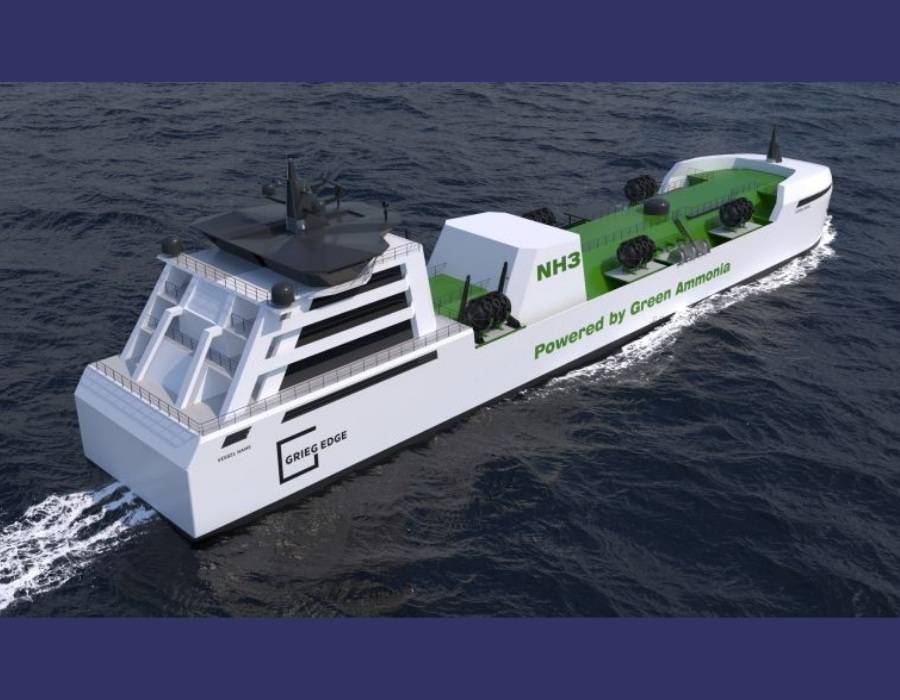 LMG Marin AS, a wholly-owned subsidiary of Singapore-based shipyard Sembcorp Marine Ltd, Wärtsilä Voyage and Grieg Edge have been awarded an Approval in Principle (AiP) for the design of a tanker that runs on green ammonia by the classification society DNV, according to Sembcorp on Monday (13 June).

LMG Marin AS is a naval architecture and ship design firm that has a portfolio of vessel designs, including zero-emission vessels.

The world’s first green ammonia-fuelled 120m-long tanker, the MS Green Ammonia will run on an ammonia engine with a cargo capacity of 7,500m³ of ammonia and will be able to load up to 1,000m³ per hour.

The vessel will be part of the larger Berlevåg project in the north of Norway, where a group of Norwegian companies plans to produce green ammonia using power from the Raggovidda wind farm.

The MS Green Ammonia will transport and distribute green ammonia fuel between mainland Norway and the North Pole from 2024.

Forward half of the vessel has been sunk within Mauritian territorial waters after measures such as removing hydraulic oil by experts, reports MOL.

Vessels, under the combined effect of wave movements and previous extrication attempts, have separated.

As of January 26th, Keld R. Demant will leave the Board of Directors for GRM, paving the way for Kenneth Steengaard to take on the role of Chairman.

In contrast to earlier guidance, the OFAC Advisory now sets out in detail what it expects in terms of sanctions risk management from a myriad of industry stakeholders.