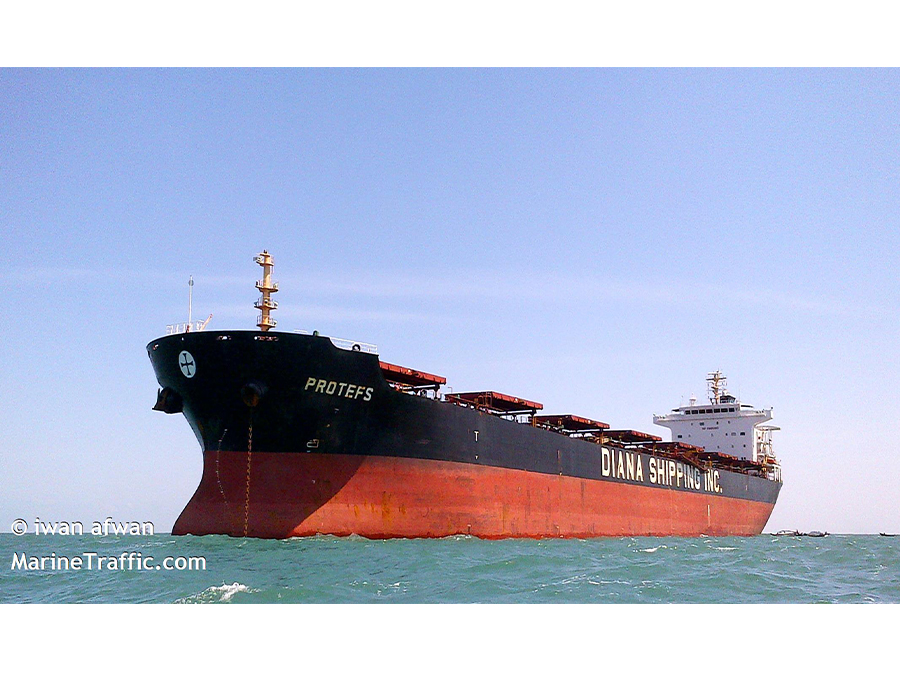 “We are firmly committed to enforcing federal environmental laws and will not tolerate conduct that pollutes our water, imperils natural ecosystems, and endangers our wildlife,” says Raj Parekh, Acting U.S. Attorney for the Eastern District of Virginia.

“As this case demonstrates, those who contaminate our most precious natural resources by illegally dumping hazardous waste into the ocean will be held accountable, especially when they falsify their records to avoid detection.”

According to court documents, from mid-April 2020 until before the vessel arrived in Newport News on June 10, 2020, DWM crew members onboard the M/V Protefs, a 40,230 gross-ton, 738-foot ocean-going commercial bulk carrier, knowingly failed to record in the vessel’s oil record book the overboard discharge of oily bilge water.

The vessel also arrived in New Orleans, Louisiana on June 1, 2020 with a knowingly false oil record book, it states.

“The United States will vigorously enforce laws that protect our ocean resources. Holding shipping companies to account when wastes are unlawfully discharged overboard, and covered up through falsified documents, is vital to protecting our environment,” notes Assistant Attorney General, Todd Kim of the Justice Department’s Environment and Natural Resources Division.

The crew on the vessel used an emergency de-watering system to illegally discharge oily water directly into the Atlantic Ocean from the vessel’s bilge holding tank, duct keel, and bilge wells. Those discharges were not recorded in the oil record book as required.

The Chief Engineer, Vener Dailisan, 47, pleaded guilty on December 18, 2020 to making a false statement to U.S. Coast Guard inspectors about the existence of a sounding log, which is routinely sought by inspectors in order to ascertain the accuracy of the oil record book.

“The commercial shipping industry is essential to commerce in this region, but their work must ensure they do not neglect their professional and legal obligations,” said Duane A. Evans, U.S. Attorney of the Eastern District of Louisiana.

“Today’s announcement emphasizes that our office along with our federal partners are committed to holding accountable all parties whose criminality jeopardizes our environment and places the public and the ecosystem at risk.”

DWM received a term of four years of probation, a fine of USD 2 million, and supervision under an environmental compliance plan.

Shares fell by 10% at end of trading on Friday as firm says current fuel costs cannot be ‘fully offset’.

Commercial party responsible for setting speed and route of a ship should provide for emissions allowances or credits under a market-based measure, it says.

Company also intends to play a role in the environmental evolution of the bunkering industry with a commitment to operate dual-fuelled bunker tankers in Singapore, it says.

Initial investigation found the ship, which had five members on board, to be transporting the illegal diesel oil with no invoices and documents proving its legal origin.