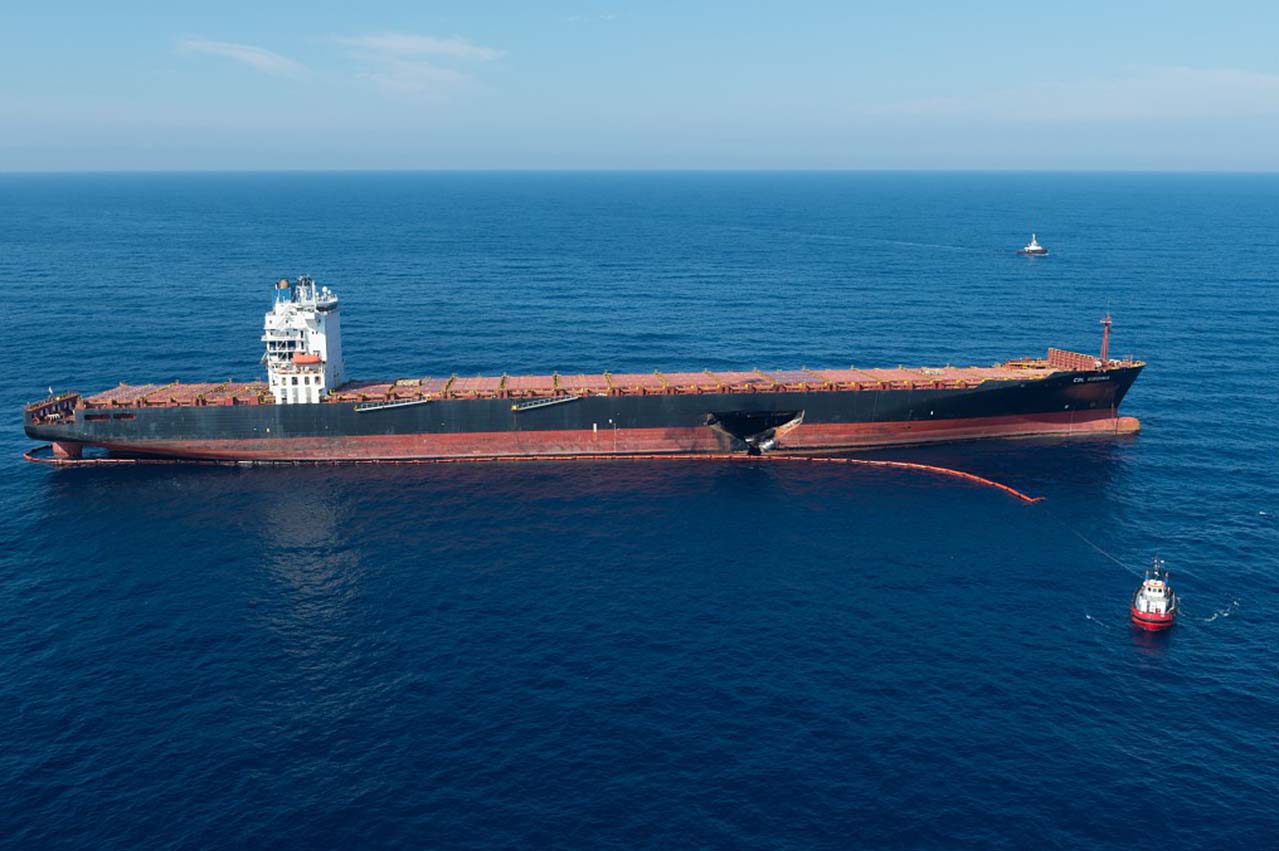 The majority of bunkers spilled into surrounding waters after the collision between CSL Virginia and Ulysses has been cleaned up, says the Maritime Prefecture of the Mediterranean.

“It is estimated today less than 2% the volume still present in the water; this is less than the volume of a utility van.”

It noted 12 vessels recovering a total of 1,000 cubic metres (m3) of oil/seawater mixture; experts estimate of the 600m3 which initially escaped from CSL Virginia, nearly 30% evaporated or were absorbed by the environment.

The spilled bunker fuel has now dispersed to the size of small golf balls and aircraft are beginning to have difficulties spotting pollution from above.

As such, oil spill recovery operations have moved to introduce ships with trailing pockets of oil absorbent material to soak up remaining pollution.

‘Or risk having no IMO CO2 strategy at all,’ says Chairman, Esben Poulsson.

BIMCO concerned with the proposed procedure for onboard sampling since the only truly representative fuel oil sample is the MARPOL sample.

ICOPCE 2019 event opens to over 250 participants from 18 countries

‘Upward trend in the number of operational spills during bunkering over the past few years,’ says MPA Chairman.

Requirements for ships to collect data on their fuel oil consumption entered into force on 1 March.