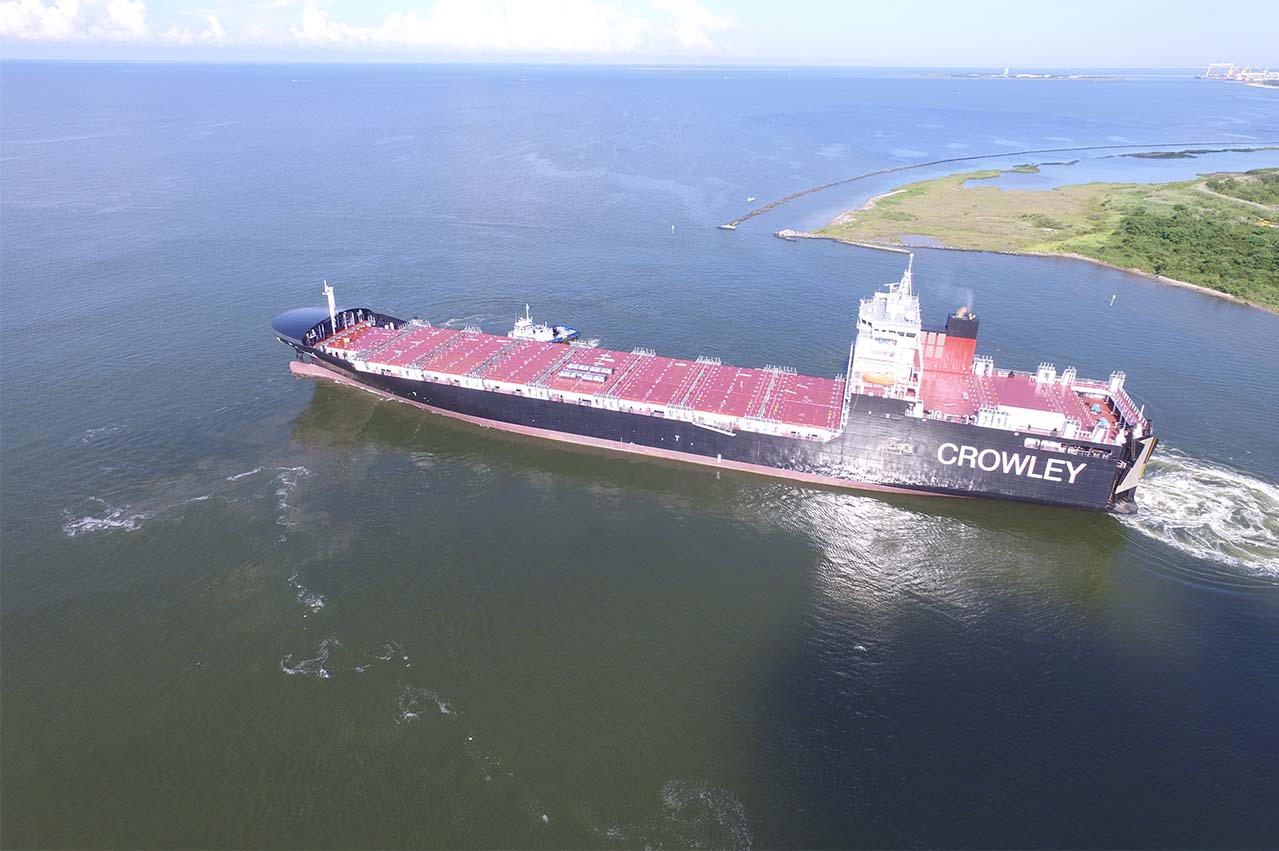 “This delivery represents another milestone in our unwavering commitment to Puerto Rico and the Jones Act,” said Tom Crowley, chairman and CEO.

“We have dedicated significant time, effort and more than $550 million, which includes these new ships, to transform our Puerto Rico shipping and logistics services to world-class standards.

“We thank the men and women at Crowley, VT Halter Marine and other partners, who have dedicated themselves to bringing this magnificent new ship to life.”

Matthew Paxton, president, Shipbuilders Council of America, says the development is a thrilling time for the U.S. shipbuilding industry.

“As evolutions in LNG technology are providing a historic opportunity for American yards and the supporting industrial base to design, build and outfit some of the most technically-advanced and environmentally-friendly vessels that are the envy of the world,” he said

“American skill and ingenuity, as well as critical laws like the Jones Act, serve as the backbone of our industry and embolden innovation and investment in domestic shipbuilding.

“El Coquí is a shining example of the work being done each day in our industry, and we are proud to support her, her crew and those who built her, as El Coquí embarks on her first journey from Jacksonville to San Juan.”

Fueling the El Coquí with LNG will reduce emissions, including a 100% reduction in sulphur oxide (SOx) and particulate matter (PM); a 92% reduction in nitrogen oxide (NOx); and a reduction of carbon dioxide (CO2) of more than 35% per container, compared with current fossil fuels.

Working with Eagle LNG Partners, the ships will be bunkered from a shoreside fuel depot at JAXPORT.

‘We are already in advanced discussions with shipyards, governments, maritime authorities, suppliers and customers […] with positive responses so far,’ said CEO.