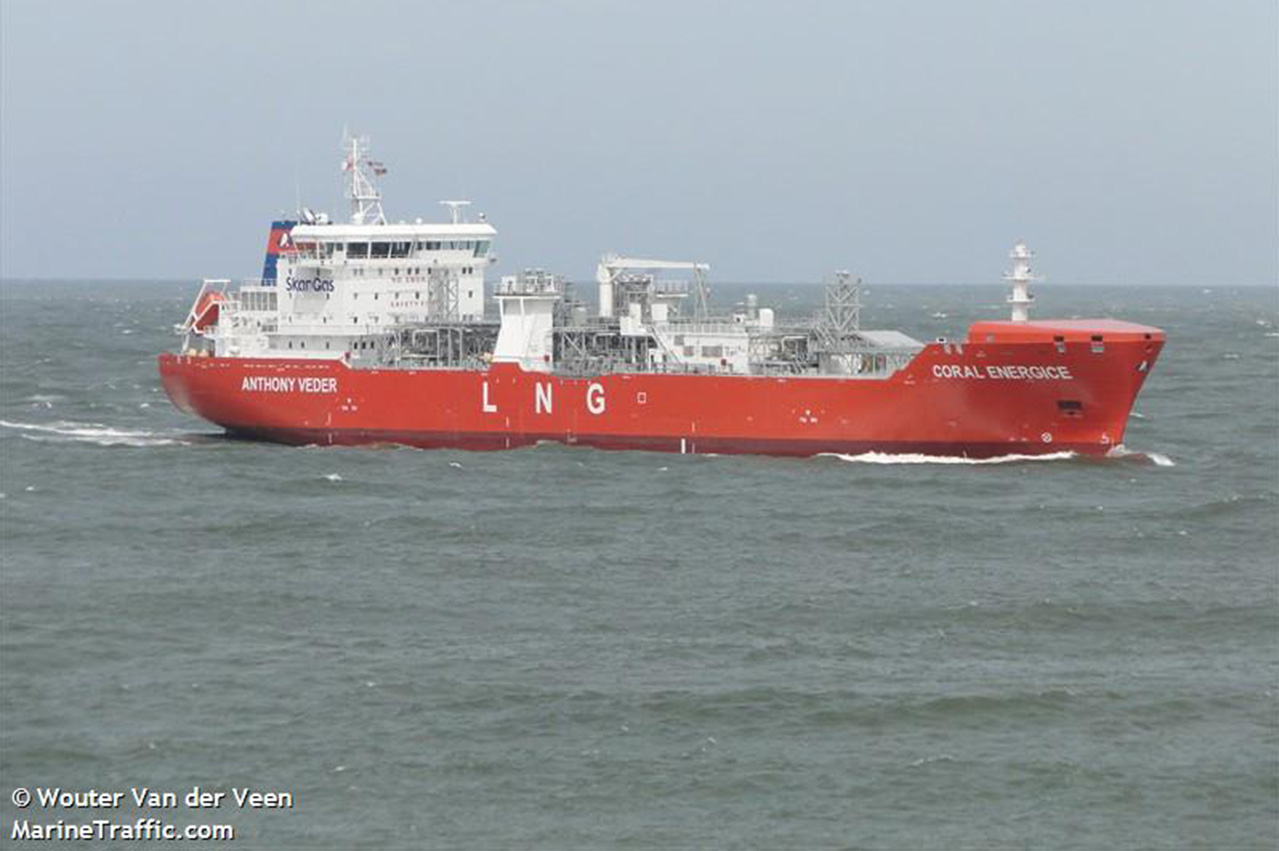 The Coral EnergICE, designed to operate in the sub-zero temperatures of the Baltic Sea during all weather conditions, has started operations for year-round small-scale LNG deliveries to northern ports in Sweden and Finland to support the region’s liquefied natural gas (LNG) bunkering operations.

“Due to its favourable emission profile, demand for LNG as an alternative fuel for ships and long-haulage trucks continues to rise,” said a statement from Fluxys Belgium, operator of the Zeebrugge LNG terminal which provides LNG cargoes to the 18,000 m³ capacity Coral EnergICE.

“As it goes, switching to LNG eliminates nearly all emissions of sulphur (SOx) and particulate matter, cuts carbon emissions up to 25% and NOx emissions by more than 80%.

“LNG is also increasingly used to supply cleaner energy to industrial sites that are not connected to a gas grid.

According to Fluxys Belgium, there are approximately 100 ships using LNG as a fuel in Europe and the number is set to double by 2020 when more stringent sulphur emission standards come into force.

The development of new infrastructure is in full swing to support this growth of the small-scale LNG market, it adds.

“Small LNG vessels can load at the terminal since 2010 as well and the facility’s recently built second jetty is specially designed for loading also small LNG bunkering vessels. The latter supply LNG to LNG-fuelled ships or small-scale LNG storages.

“Parent company Fluxys is partner in such a bunkering vessel which has Zeebrugge as its home port.

Shipping depends on fossil fuels, and the majority of ships globally are powered by hydrocarbon based fuel oils, with some variation in grade and specification.

William Barentz is the first of two new 70-m ferries commissioned by Doeksen on 1 July in Harlingen and operates on the Wadden Sea – a UNESCO World Heritage site.

Joint work by GTT, Alwena Shipping and CHI Zhoushan offers a way to decarbonise part of a container ship fleet which is currently in operation.