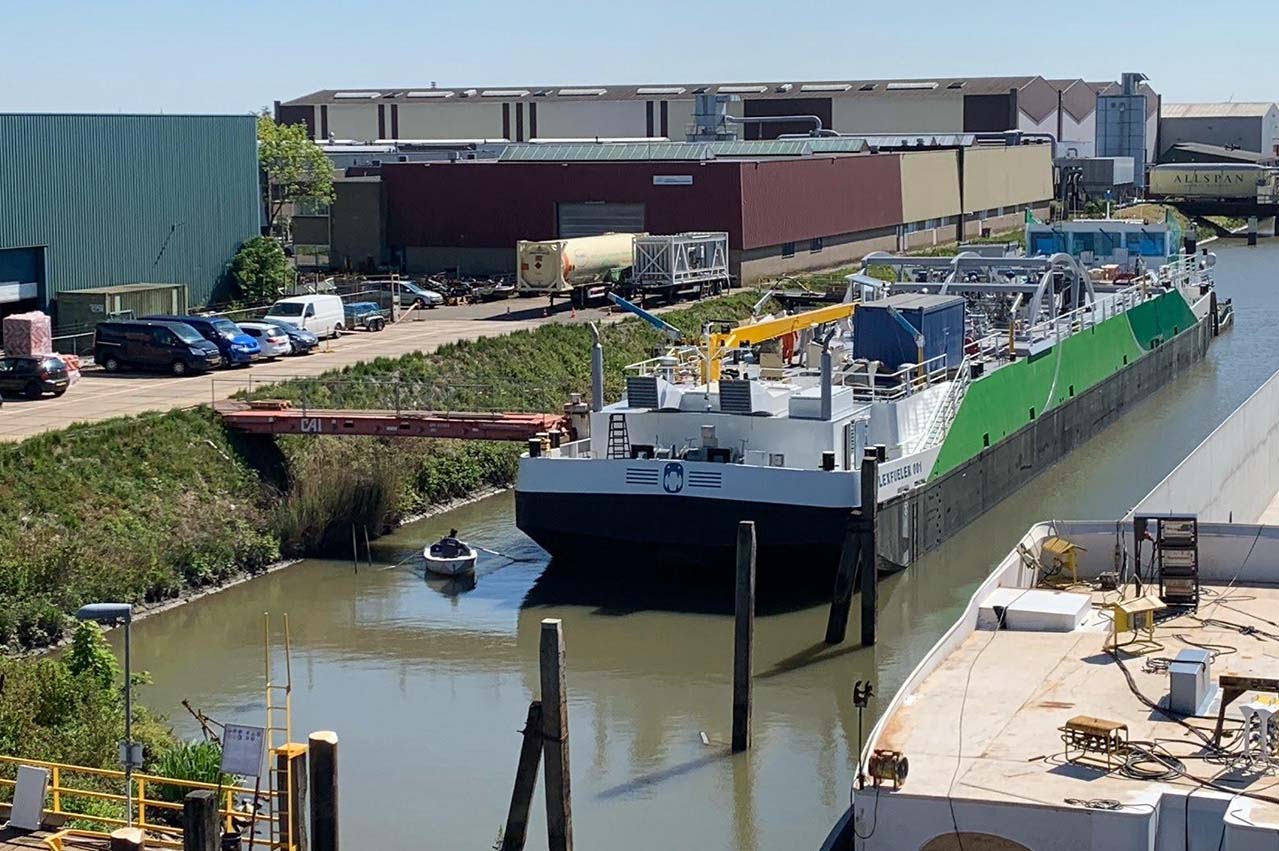 “We are proud to have received our class approval from Bureau Veritas for the FlexFueler 001,” it said in a statement.

“Very soon we will deliver LNG as bunkers via our inland waterway tank barge throughout the ARA region to our customers.”

The bunkering pontoon, the first of its kind in Europe, developed by Titan LNG will be stationed on a long-term basis at the Port of Amsterdam. A push boat will manoeuvre the FlexFueler001 to its destination for bunkering operations.

Another LNG bunkering pontoon, the FlexFueler 002, is currently being built as part of an agreement by Belgium based gas infrastructure group Fluxys and Titan LNG.

‘We have carefully confirmed the safety of the design and are proud to contribute to this project,’ says spokesman.