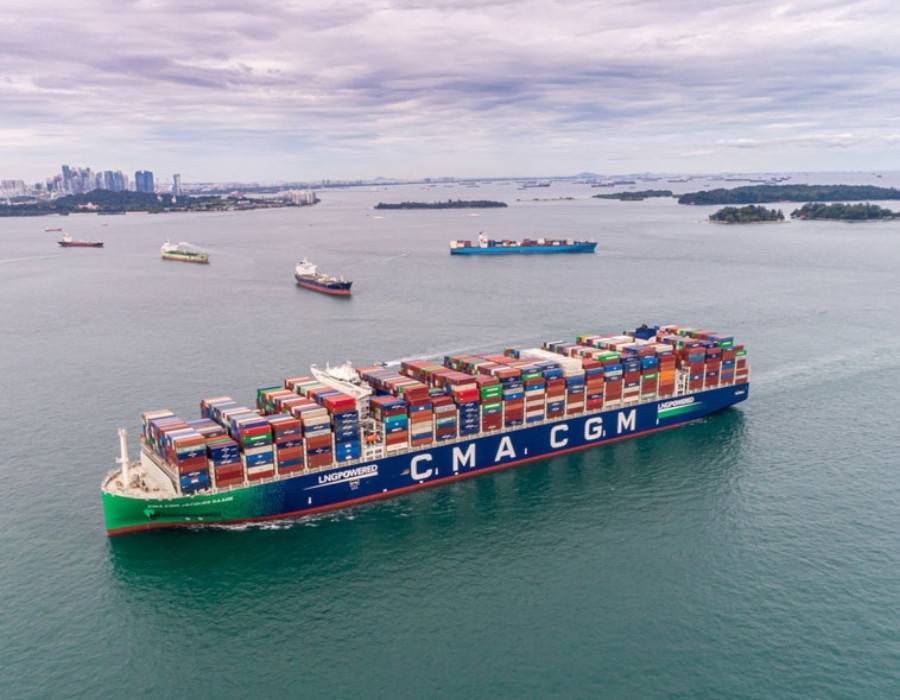 First France industrial demonstrator Jupiter 1000, piloted by GRTgaz, aims to produce green hydrogen from renewable electricity and e-methane, a synthetic gas, from hydrogen and CO2 captured at the output of the industrial process.

By joining this project, CMA CGM intends to further accelerate the transition of its fleet to the use of new very low carbon bunker fuels, says the group.

Jupiter 1000: a major challenge for the development of low-carbon solutions

With Jupiter 1000, GRTgaz wishes to provide answers to the challenges of the decarbonisation of gas networks and the intermittency of renewable energies. The principle consists of transforming a share of renewable electricity, when it is abundant, into low-carbon energy (hydrogen and e-methane) so that it can be stored on a large scale and over long periods.

After a phase of study, administrative authorisations and then construction, the first electrolyser (which makes it possible to produce hydrogen from water and renewable electricity) injected hydrogen into the transport network of gas from GRTgaz in February 2020.

A second electrolyser, using a different technology from the previous one, was successfully commissioned in early November 2021.

Beyond the production of hydrogen, Jupiter 1000 also recycles CO2 by transforming it into syngas. Produced by the boiler of Asco Industries, a nearby steelworks, the CO2 is captured at the bottom of the chimney by equipment developed by Leroux&Lotz.

A pipeline transports the CO2 to the Jupiter 1000 site. Instead of being released into the atmosphere, this CO2 will thus be recycled with hydrogen thanks to a “methane generator” installed by Khymod. The syngas thus produced can replace gas of fossil origin and be injected without restriction into all transport and distribution networks.

The commissioning of the elements allowing the methanation of hydrogen is expected for June 2022.

A key step in research into alternatives to hydrocarbons

By providing access to results on the production of green hydrogen, methanation and CO2 capture, Jupiter 1000 will enable CMA CGM to accelerate the development of the synthetic methane production sector, a key marine fuel for decarbonisation, of its activities.

Christine Cabau Woehrel, Central Executive Director of the CMA CGM Group, in charge of industrial assets and operations, said: “The Jupiter 1000 project represents a strong interest for the CMA CGM Group in the search for new very low carbon fuels.”

“The CMA CGM Group is resolutely committed, in view of its Net Zero Carbon objective in 2050, to the research and industrialization of innovative solutions in terms of non-fossil gases, in particular biomethane or synthetic methane.”

“The Jupiter 1000 project will enable us to have one of the first demonstrators in this area, which is moreover in the port of Fos-sur-Mer, where we have just carried out our first LNG bunkers. We want to support the industrial sector that may result.”

Thierry Trouvé, Managing Director of GRTgaz said: “I am very happy that the consortium around Jupiter 1000 is enriched with new skills. The interest shown by a world leader in maritime transport and logistics, such as CMA CGM, constitutes a form of recognition of the credibility of renewable and low-carbon gas sectors in meeting the challenges of energy transition.”

“Holder of a vision of the energy future of maritime mobility, CMA CGM will help us to consolidate the industrial performance of the technological sectors currently being tested.”