Clyde & Co: After Wakashio, is the Bunker Convention fit for purpose? 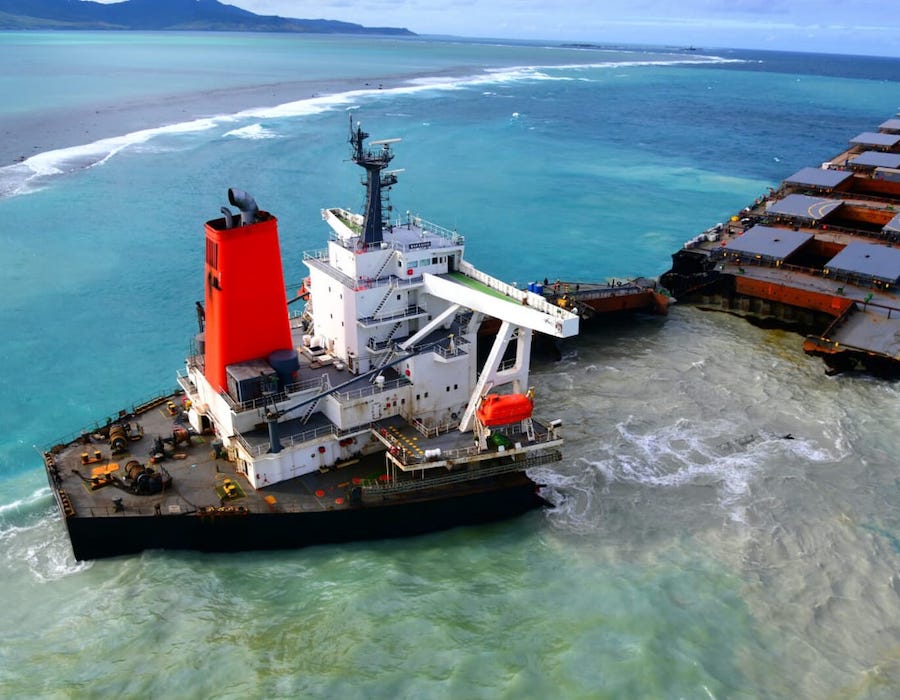 Martin Hall, Head of Marine Casualty, Associate Legal Executive and Partner Equivalent at international law firm Clyde & Co on Tuesday (18 August) published an article explaining how the 2001 Bunker Convention is insufficient cover for clean-up operations and pollution damage and questions its relevance given the impact of Wakashio’s oil spill in a sensitive marine environment:

What has happened in the Indian Ocean provides confirmation that increased payouts cannot come soon enough, and governments of coastal states should enact any available increased limits in their own jurisdiction without delay.

As the ecological and environmental disaster that has resulted from the grounding of Wakashio unfolds in Mauritius, questions are already being raised as to how this could have happened.

But thoughts will ultimately turn towards compensation for those who are cleaning up the mess and have suffered the consequences of pollution from the vessel’s bunkers.

The owners have been quoted as saying that they will respond “in good faith” to any damages “in accordance with applicable law”. However, this may not be as comforting as it first seems.

The Bunker Convention applies to vessels carrying bunkers not covered by the CLC and IOPC Fund Conventions.

It provides for mandatory third-party insurance cover, and allows claims of third parties for clean-up expenses and other losses caused by pollution from bunkers to be made directly against the insurers.

The convention also imposes strict liability on the part of the vessel owners and their insurers for such losses, which means there is no need to prove responsibility for the pollution, only that the pollution emanated from the vessel.

Consequently, if more than one party was potentially involved in causing the pollution, there would be joint and several liability if the original source was from the stricken vessel (Article 3 of the convention).

The owners of the vessel are, under Article 6 of the convention, entitled to limit their liability in accordance with the Convention for Limitation of Liability for Maritime Claims 1976 or as amended.

Many countries have now enacted the 1996 Protocol, which significantly increases the limitation fund that was originally applied in the 1976 Limitation Convention.

The limit is based on the gross tonnage of the vessel, which in this case appears to be 101,932 tonnes.

That means that currently under the 1976 Limitation Convention the limit for third-party claims including costs of prevention and clean up following the grounding of Wakashio would be around $18m, whereas under the 1996 Protocol the limitation fund would be just over $43m.

By contrast, the IOPC supplementary fund can pay out as much as $1bn in certain circumstances.

All claims of third parties must be brought against the owner or directly against the insurer in the country where the pollution has occurred, in this case Mauritius. Therefore the law of Mauritius will apply.

If this is correct then the lower limit of around $18m would apply, which seems hardly enough to cover the sort of losses that might now be envisaged from the impact of some 1,000 tonnes of heavy fuel oil on the pristine ecological environment of Mauritius.

One can anticipate a significant impact not only on the environment but also the wildlife and fishing industry on which Mauritius so heavily relies, as well as on the tourist industry.

The logic behind the lower limits that apply under the Bunker Convention compared with the combination of CLC and IOPC Fund limits is, presumably, because the quantities of bunkers that could potentially cause pollution are significantly less than would be the case than for an oil cargo.

However, that is of no comfort to those in Mauritius who are already suffering the consequences and may continue to do so for a long time to come.

There is only one means of breaking the limit in the event that claims exceed the limitation fund under the 1976 Limitation Convention (or indeed under the 1996 Protocol if enacted).

That entails proving that “the loss resulted from his [the owner’s] personal act or omission, committed with the intent to cause such loss, or recklessly and with knowledge that such loss would probably result”. This is a very difficult burden to discharge.

The authorities’ investigations in Mauritius will presumably determine whether or not there is any prospect of breaking the limit, so that any compensation to be obtained could exceed the level of the limitation fund.

Although the Bunker Convention is dated 2001, it only came into force as recently as 2008.

Nevertheless, it is perhaps already time to reconsider the applicable limits, given the devastating effect that as little as 1,000 tonnes of heavy fuel oil can cause in a sensitive environment, as we are now seeing.

There has already been recognition that the 1996 Protocol limit is inadequate. The International Maritime Organization — in the 2016 edition of Limitation of Liability for Maritime Claims — advised that it had adopted a resolution increasing the limits under the 1996 Protocol.

This was due to the Pacific Adventurer incident, which occurred in the waters of southern Queensland in Australia in March 2009. In the case of Wakashio this would have increased the limit for pollution claims to almost $65.2m.

The UK enacted the increased limits to the 1996 Protocol in November 2016.

But what has happened in the Indian Ocean provides confirmation that such further increases cannot come soon enough, and highlights the need for governments of coastal states to enact any increased limits in their own jurisdiction without delay.

The Panama Maritime Chamber supported event will look at the legislation and guidelines for the IMO 0.50% sulphur cap, how authorities are dealing with it, and more.

Despite the record revenue, EBT has been negatively influenced by financial impact of the December court case, where Dan-Bunkering was convicted of having acted with unintentional negligence.

Three bunker buyers and the Association of Bunker Industry (Singapore) provide an overview of how COVID-19 has changed the Singapore maritime industry.