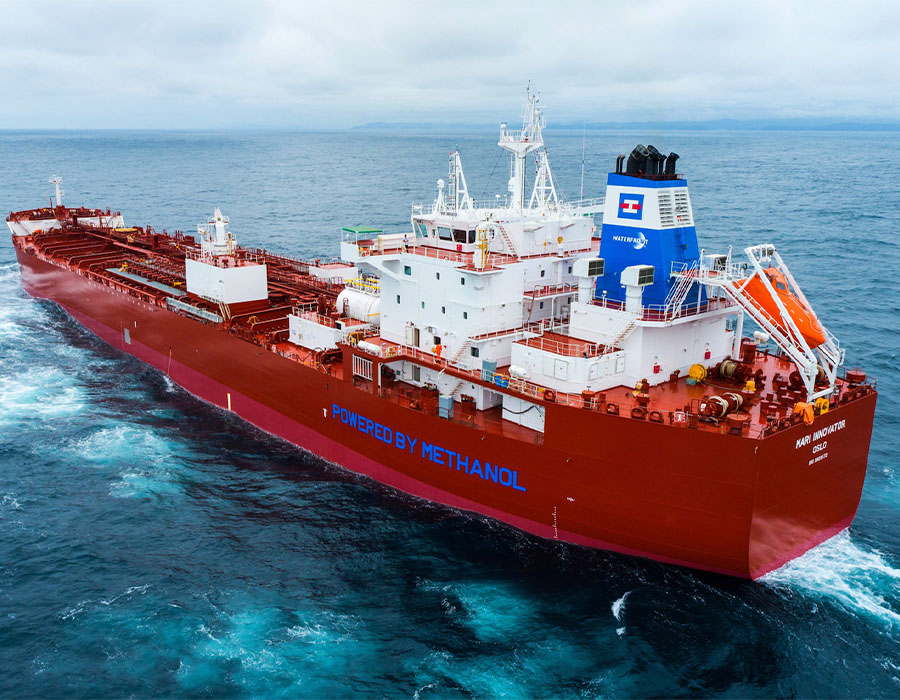 Clean Sea Transport, a joint venture between MSEA Group, Arkview Capital, and Scorpio Tankers, on Friday (1 October) said it has acquired a 100% share in Marinvest AB to promote clean fuels in the shipping sector.

The Marinvest managed fleet consists of five modern dual-fuel methanol carriers on long term charters of up to 15 years to a joint venture partner, Waterfront Shipping Limited, a subsidiary of Methanex Corporation, producer of methanol, along with four LR1 ice class 1A product tankers.

Based in Gothenburg, Sweden, Marinvest is a shipping company founded in 1988 by the late Mr. Lars Mossberg, an innovator in the shipping sector who developed and managed one of the world’s first methanol-powered commercial vessels. Mossberg validated methanol as a clean, safe, and future proof marine fuel capable of meeting the industry’s increasingly stringent emissions standards.

“We are very excited about the acquisition of Marinvest, the world’s pioneer in building and operating eco-friendly methanol-fueled vessels. We believe that methanol, which reduces emissions by up to 95%, is a marine fuel for the future as evidenced by the increasing number of orders placed for methanol dual-fuel vessels,” says Modi Mano, Founder & CEO of MSEA Group.

“Together with the Marinvest team, we intend to be at the forefront of the shipping industry’s transition to clean fuels. Our platform will offer charterers and customers access to future-proof tonnage in the tanker, container, and dry bulk segments. The inclusion of four LR1 product tankers in the fleet underpins our counter cyclical tanker investment strategy.”

“Shipping continues to be an important part of the global supply chain infrastructure, responsible for transporting over 80% of goods worldwide,” states Pavel Chernyshov, Co-founder of Arkview Capital.

“We take great pride in what we, together with our partners Waterfront Shipping, have achieved in terms of building the world’s first methanol dual-fuel fleet. Since we took delivery of our first two dual-fuel methanol ships in 2016, we have expanded the fleet to a total of five vessels and continue to be a leading expert and operator using this technology,” adds Patrik Mossberg, CEO of Marinvest.

The sale to Clean Sea Transport will ensure sufficient capital backing to grow our methanol-fueled fleet using our competence and expertise, while servicing new and existing customers. In partnership with Marinvest, we have been successfully operating methanol dual-fuel vessels for five years now demonstrating methanol as a viable, low-emissions alternative marine fuel for the shipping industry,” said Paul Hexter, President of Waterfront Shipping.

“As society transitions to a low-carbon economy, we look forward to collaborating with Clean Sea Transport to continue to prioritise innovation in methanol marine fuel vessels for our growing fleet.”

Surge in inflows to Singapore could have partially been because of a spike in delivered bunker premiums here owing to contamination issues previously, says a bunker trader.