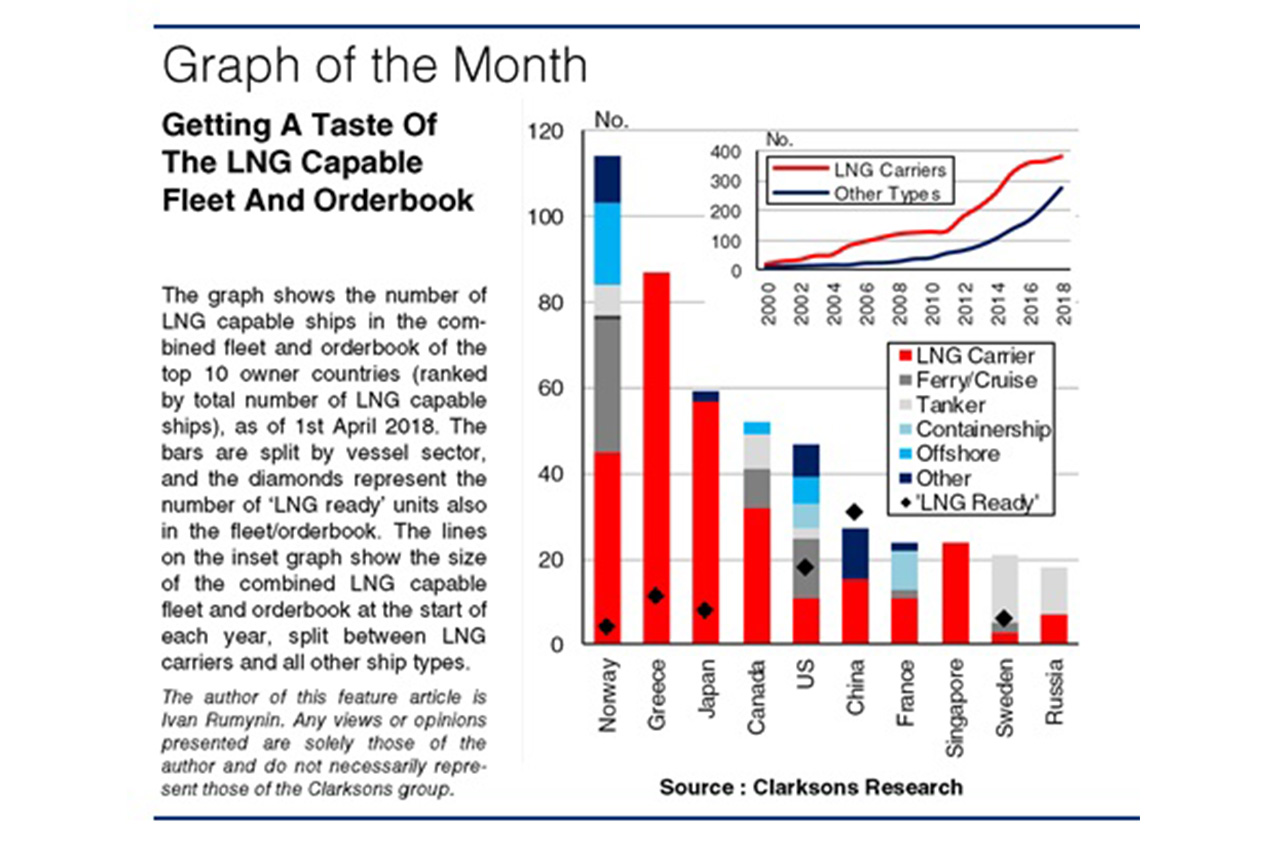 The liquefied natural gas (LNG) fuelled fleet has tripled in size over the last 10 years, speeding up recently due to recently introduced deadline of 2020 for the 0.5% sulphur cap for marine fuel, says maritime consultancy Clarkson Research Services Limited.

It noted of 403 ships in the fleet and 272 on order, as of start April 2018, being equipped with LNG capable engines.

“While this number has grown quickly, driven by owners opting for LNG ahead of the global SOx cap (LNG reduces SOx emissions, as well as NOx and CO2), it is a small share of the total fleet (0.4%) and orderbook (7.8%),” it explains.

“Most of the combined total is accounted for by LNG carriers (59%), powered by boil-off gas from their cargo tanks.”

The remaining 41% (of non-LNG carriers) is growing at a firmer pace.

According to the report, the growth has been seen in ‘niche’ sectors such as ferries, cruise and OSVs where Norwegian owners account for the largest share of LNG capable ships in other sectors (24%).

The shares of US and Canadian owners are also supported by other sectors such as ferries and cruise.

Although the number of LNG capable units remain limited in these sectors, a number of ‘LNG ready’ ships have also been ordered, enabling some flexibility over the final decision on using LNG and limiting the initial investment.

Major volume sectors, such as the boxships ordered by CMA CGM and Aframax tankers by Sovcomflot, is seeing increasing uptake of ‘LNG ready’ units.

“As of start April 2018, there were a reported 67 ‘LNG ready’ units in the fleet and 72 on order, with 83% of the combined total accounted for by bulkers, tankers and boxships,” it notes.

“So, the size of the LNG capable fleet has initially been largely driven by LNG carriers,” it states.

“But more recently, growth has been driven by ‘niche’ sectors and now the major volume sectors could play a larger role too, including through the potential conversion of ‘LNG ready’ units.”

In the last two weeks FOBAS has tested samples from Antwerp which had TSP results exceeding the ISO 8217 specification limit of 0.10% m/m.