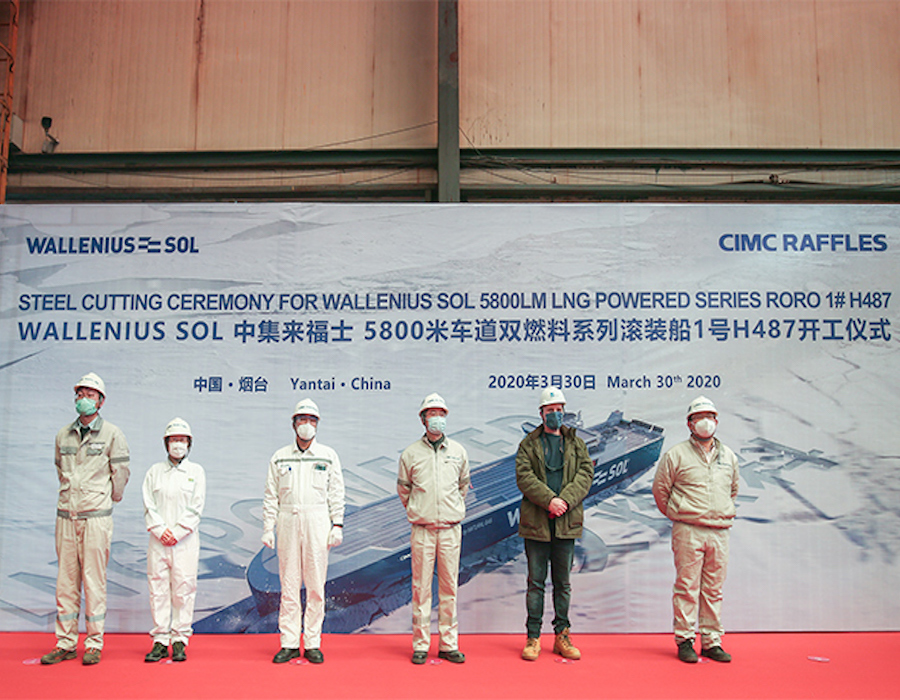 It noted the vessel’s concept was developed by Danish Naval Architect Knud E. Hansen (KEH), which is recognised by Lloyd’s Register.

As they will be operated in harsh and icy environments, the vessels will be designed to meet Finnish-Swedish ice class 1A Super standards and winterization requirements.

CIMC Raffles noted that it has been working closely with designers, suppliers, and classification societies for the past year before finally moving into the construction phase of the project.

“Even though some  aspects of the project’s execution, like technical communication and supply chain, were negatively influenced by the Coronavirus outbreak, we managed to begin construction on schedule, which will provide a solid base of the project’s delivery to be on time,” said Ni Tao, Executive Vice President of CIMC Raffles.

With the construction of this project, CIMC Raffles hopes it will enhance the development of its international RoRo division into the main-stream market, as well as to approach the high-end RoRo and RoPax markets in the future.

Application was made on Monday, 1 March and a hearing has been scheduled for 10.00 am, Friday 26 March at the High Court of Singapore.

‘We took swift action to reduce our costs to better align with current economic realities, mitigating the negative impact of the near-term decline in gross profit,’ said CFO.